Which Global Conflicts Will Dominate in 2014?

The three potential flashpoints for international conflict in 2014—East Asia, South Asia, and the Middle East and North Africa—are distinguished by the involvement of autocratic forces in regional troubles 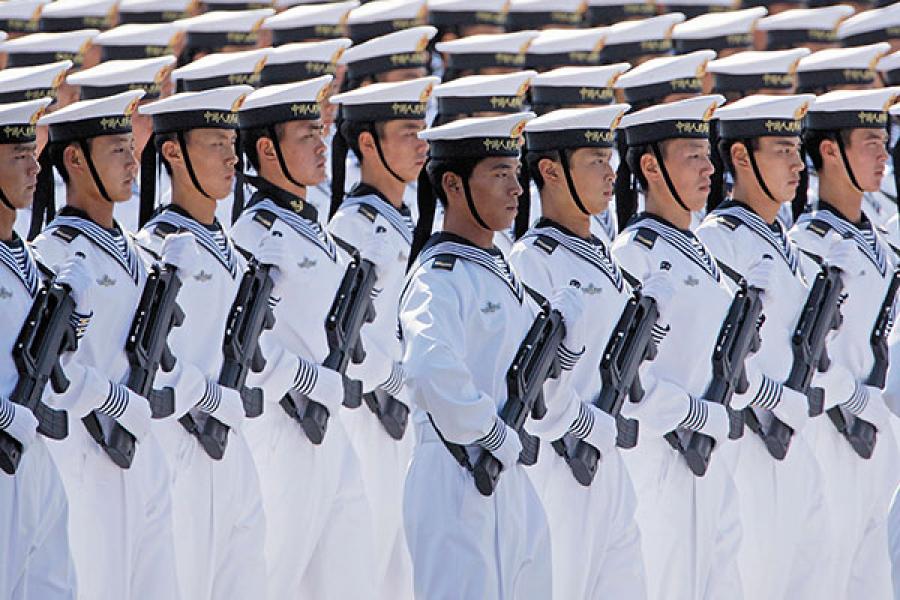 The world is becoming more interdependent and not just in trade and capital flows; the interdependencies extend to technological, public health, environmental and climate spheres. Several challenges, extending from jihadist terrorism to climate change, are intrinsically international in character. But even regional challenges, such as in the Middle East or East Asia, carry important global implications.

The interdependencies have not reduced conflict in the world. Many regions remain torn by conflict, even as the ongoing economic and political shifts gradually alter power equations and maritime realities. There is no inter-country war raging currently, but the high number of internal wars—many fuelled by external players—point to the larger dangers.

Three factors will have a bearing on global conflicts in 2014. One is the rise of unconventional threats, which underscores the changing nature of conflict.

Two is the phenomenon of failing states, which continues to trouble international and regional security. This development is a direct consequence of the end of the Cold War. While the Cold War raged, weak states were propped up by one bloc or the other. After the Soviet Union’s disintegration, the United States got out of that game. That is why dysfunctional or failing states began to emerge from the 1990s in a significant way.

The phenomenon of failing states has contributed to making such nations a threat to regional and international security either because they are home to transnational pirates (Somalia) or transnational terrorists (the Afghanistan-Pakistan belt), or because of their defiance of global norms (North Korea) or their internal conflicts (Syria, Iraq, Yemen and Libya).

Compounding this phenomenon is the sanctity attached to existing borders, which has become a powerful norm in world politics. Yet, paradoxically, this has allowed the emergence of weak states, whose internal wars spill over and create wider regional tensions and insecurities. This norm, however, is likely to come under challenge in the Afghanistan-Pakistan belt, Iraq, Syria, Libya, Somalia, and elsewhere where the dangers of political fragmentation can no longer be dismissed.

A third factor is the growing power of autocrats. In a reflection of the changing balance of financial power, autocracies are increasingly funding democracies, with Western economies dependent on capital inflows from the cash-laden Chinese and Persian Gulf economies. As a result, the foreign assets of the world’s undemocratic governments are on the rise while those of the deeply rooted democracies are on the decline.

In this light, is it any surprise that the leading financiers of foreign jihadist groups are oil-rich Saudi Arabia and gas-exporting Qatar, two of the most oppressive states in the world?

In fact, the three potential flashpoints for international conflict in 2014—East Asia, South Asia, and the Middle East and North Africa (Mena)—are distinguished by the involvement of autocratic forces in regional troubles.

Take East Asia: The new geopolitical crisis there has been triggered by China’s muscular move in declaring an Air Defence Identification Zone (Adiz) extending to territories it does not control. This is just the latest example of China’s territorial creep in Asia.

As China accumulates economic and military power, it has increasingly taken to flexing its muscles, ratcheting up territorial disputes with multiple neighbours and seeking to alter the status quo through surprise actions. It is nibbling at territories held by several neighbours, as highlighted by its growing military incursions across the long and disputed Himalayan border with India, its success in outwitting the Philippines to gain effective control of the Scarborough Shoal and the Second Thomas Shoal, and its aggressive moves against Vietnam over their unsettled maritime boundary. 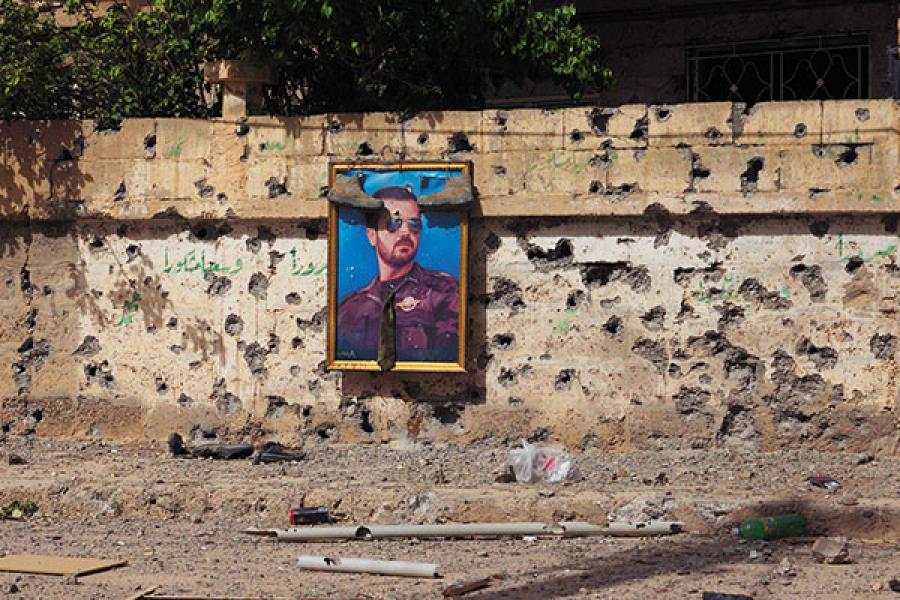 Image: Khalil Ashawi / Returs
Shoes hung over a photo of Bassel Al-Assad, brother of Syrian President Bashar Al-Assad
China’s Adiz, while aimed at solidifying its claims to territories held by Japan and South Korea, increases regional tensions and the risks of Sino-Japanese conflict. Japan has asked its carriers to ignore China’s demand for advance notification of flights transiting the new zone, while South Korea has responded by expanding its own air-defence zone. The overlapping air-defence zones of China, Japan, and South Korea increase the risk of armed conflict by accident or miscalculation.

China—in the absence of any geopolitical blowback over its creeping aggression—will continue to subvert the status quo in the East and South China seas, along its border with India, and even on the cross-border flows of Asia’s major rivers, which originate in the Chinese-annexed Tibetan plateau. But as China escalates its campaign of attrition against a resolute Japan over the Japanese-controlled Senkaku Islands, it increases the chance of armed conflict.

China has also increased geopolitical risks in South Asia by needling India directly and through its ‘all-weather’ ally Pakistan. Despite a new democratically elected government in Pakistan, the military establishment there remains a state within a state, dictating strategic policy and nurturing terrorist groups that carry out cross-border attacks on Indian and Afghan attacks.

If Pakistan-based terrorists were to replicate their Mumbai-style attack in 2014, all bets would be off.

In Mena, with Arab monarchs and other autocrats well entrenched, the Arab Spring has turned into an Islamist Winter. A rising tide of Islamist militancy in the region has fuelled sectarian and tribal conflict and terrorist violence, as highlighted by the deadly attacks in Libya, Lebanon, and the Sinai Peninsula as well as the daily carnage in Syria and Iraq.

The Arab world plus Iran sit astride one of the world’s most active fault lines—a fault line that could trigger major geopolitical earthquakes with far-reaching international effects. The post-Gaddafi Libya has sunk into lawlessness; Egypt’s future political direction remains uncertain; a once-peaceful and secular Syria has been engulfed by a civil war with increasingly jihadist overtones; Yemen remains a sanctuary for transnational terrorists; Iraq and Lebanon continue to be battered by sectarian strife; and the political future of Saudi Arabia and the other oil sheikhdoms appears uncertain.

If there is any good news, it is the possibility of a thaw in relations between Iran and the United States, which has waged an indirect war to financially throttle Tehran by imposing an oil-export embargo. History attests to the linkage between an oil embargo and military hostilities. Although the 1941 Pearl Harbor attack took the United States by surprise, the attack was triggered by a US-British-Dutch oil-import embargo against Japan.

The potential for major conflict in Mena remains high, given the proxy war in Syria between Russia and the US-British-French combine. Moreover, the Nato-engineered regime change in Libya has turned that county into a breeding ground for transnational militants, while the aid to Syrian rebels by Saudi Arabia, Qatar, the United Arab Emirates, and some Western powers has created a Frankenstein’s monster. Even a thaw in US-Iranian relations could set off conflict because of the existential threat such a rapprochement poses to jihad-bankrolling Arab monarchs.

It would be nice if 2014 passed without any nasty geopolitical surprise. But that would be an overly optimistic expectation.

Tweets by @forbes_india
17 People We Will Miss in 2014
Is the Real Estate Bubble Big Enough to Naturally Burst in 2014?