The Family Guy creator makes millions with his crass humour. But his next project will shock even his most hardened fans: He’s bringing Carl Sagan’s Cosmos back to television 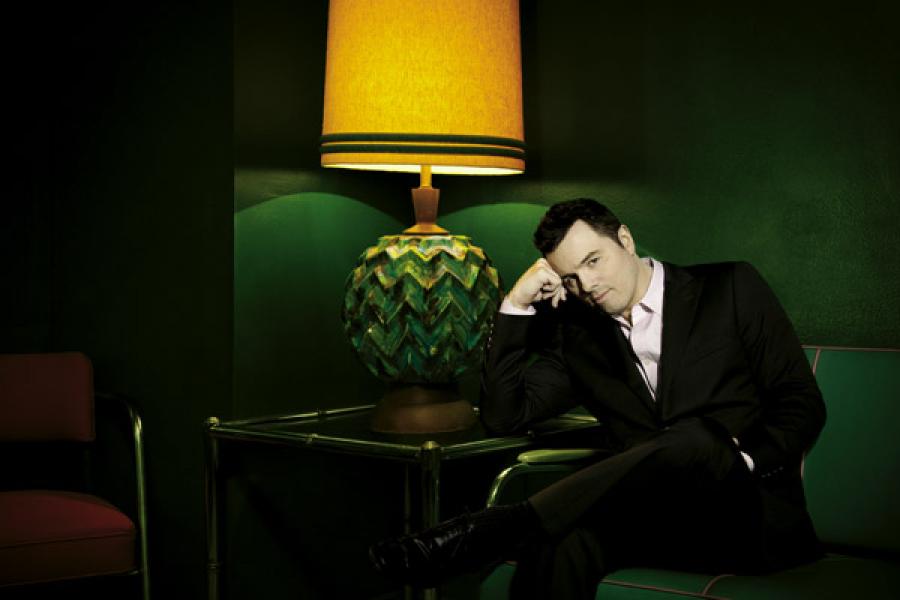 Seth MacFarlane came in 74th on this year’s Celebrity 100 by making people laugh. But sitting in a booth at the Polo Lounge in Beverly Hills, the 38-year-old creator of the hit Fox cartoon Family Guy is surprisingly distracted by the cackles emanating from a nearby table. “What I wouldn’t give for a sack of manure,” he says in a dead-on Woody Allen impersonation.

Usually it’s MacFarlane who is getting the yucks. His animation empire, which includes American Dad and The Cleveland Show, generates more ad revenue for Fox than the venerable Simpsons. (All four shows are bundled on Sunday night for what Fox accurately calls Animation Domination.) Family Guy alone has earned more than $200 million for Fox.

MacFarlane’s sense of humour spares no sacred cows—abortion, diarrhoea and matricide represent some of his lighter fare. A typical gag: Stephen Hawking having sex with his similarly disabled wife. The biggest part of MacFarlane’s genius, however, might be his business model. As the creators of the The Simpsons have learned over the past 20 years, channeling racy humour through the prism of animation means the cast never has to age, and MacFarlane is able to keep an outsize share of the profits—$36 million over the past 12 months, Forbes estimates—for himself.

The son of a teacher, MacFarlane drew cartoons from the age of two. He studied animation at the Rhode Island School of Design and worked on cartoons like Johnny Bravo until 1999 when Fox picked up Family Guy. The rise and fall and rise of the show about a clan from Quahog is now the stuff of Hollywood legend. After getting a big post-Super Bowl push, Family Guy failed to find a large audience. It didn’t help that Fox repeatedly changed the night it aired. After two seasons the network gave up on the show.

But not on MacFarlane. He started developing his second show, American Dad. Meanwhile, Family Guy started to attract a large fan base on DVD and in reruns. In 2005 Fox made the surprising decision to bring the show back. The first new episode attracted 11 million viewers, and a hit was reborn. The Cleveland Show, launched in 2009, gave MacFarlane a cartoon troika on Sundays with the Simpsons as his formidable lead-in.

This year MacFarlane is trying to leverage his TV animation success in new areas. His first movie project, Ted, hits theaters this July. The $65 million film, which MacFarlane wrote, directed and kind of stars in, is not a huge departure from his Family Guy brand of humour. It tells the story of a man (Mark Wahlberg) whose teddy bear came to life when he was a child, with the two still living together as cursing, dope-smoking best buds.

His second initiative is further out there, at least for him. The man who never met a toilet or sex joke he didn’t like is deeply concerned that the US has lost its passion for science. No one seems to care about the space programme. Evolution has somehow become a debatable fact. “The resistance to science is idiotic,” says MacFarlane, sipping on a coffee that he declares way too fancy. “Those people shouldn’t be allowed to have antibiotics.

Give us back your TVs and the dentures.” But MacFarlane is serious, putting his money and his clout with Fox, where his mouth is. Fox plans to air a reboot of the 1980s PBS science show Cosmos, one of the most popular and least hip programmes ever made. MacFarlane is also spending his money to help get late Cosmos host Carl Sagan’s substantial collections of letters, notes and drawings into the Library of Congress. “I never met Carl Sagan, but this is my way to give something back to him for all of the things he gave to me,” says MacFarlane.

MacFarlane’s path to Cosmos started with the Science & Entertainment Exchange, an organisation set up by Airplane director Jerry Zucker to help Hollywood work with scientists to ensure shows like CSI are factually correct. Through the group he met the famous astrophysicist Neil DeGrasse Tyson. “He said he was going to host Cosmos, and he was trying to sell the show to a cable science network,” says MacFarlane. “I said, ‘Let me take you into Fox and we’ll see what happens.’”

Fox might seem like a strange network to host a reboot of Cosmos. The show was one of the most popular ever on PBS, but much of its success depended on viewers buying into Sagan’s poetic vision of space as the exhilarating new frontier for exploration. Not exactly the kind of show you’d expect on a network dominated by shows like American Idol and MacFarlane’s naughty cartoons. “It’s not going to be the biggest money earner,” admits Kevin Reilly, head of entertainment at Fox Networks. “But it could have a cultural impact.”

Ann Druyan, Sagan’s widow and the force behind the new Cosmos, says that the network has agreed to make the show using cutting-edge visual technology (the original was one of the first to use green screens) and is letting her have control over the content of the show. “Seth was already a hero in our household because of Family Guy,” says Druyan, who has two sons. “I knew he would be someone with a sceptical nature and an impatience with superstition and nonsense.”

Perhaps in penance, the king of animated lowbrow hopes the show will help inspire better programming on TV. “The trend today is vampires, zombies, angels, all the stuff that puts me right to sleep,” says MacFarlane. “It’s too bad because it’s so much less interesting than the diversity of stories you can tell with science.”