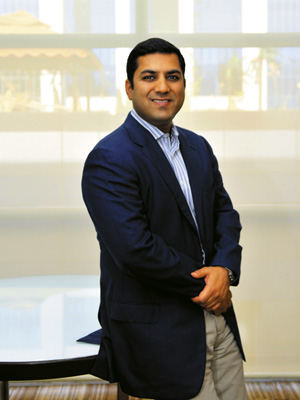 When Sameer Sain spun off the private equity (PE) business from Kishore Biyani’s Future Group in 2009, few would have expected that the firm he founded would, just three years later, be running the biggest fine dining restaurant chain (by number of restaurants) in the country, serving more than 550,000 people every month.

To see Sain’s handiwork one only has to step into Mumbai’s High Street Phoenix, among the top-rated malls in the country. In a 50-metre stretch, one can see Copper Chimney, Spaghetti Kitchen, Noodle Bar, Bombay Blue and the ice-cream chain Gelato Italiano. All these restaurants are run by the same parent company—Blue Foods, which Sain’s Everstone Capital now owns.

The 41-year-old Sain is an MBA from Cornell in the US. After 11 years at Goldman Sachs, he partnered with Kishore Biyani to form Future Capital Holdings (FCH). He founded Everstone Capital, the PE arm of FCH, in 2006. In 2009, he parted ways with Biyani and bought out Everstone. With this deal came all its assets and liabilities, one of them being Blue Foods.

Blue Foods, founded by Sunil Kapur and Sanjay Chona in 2000, had expanded swiftly to 13 brands and 15 cities across India. But the rapid expansion took its toll: By 2008, it had Rs 96 crore of debt on revenue of Rs 85 crore. It had Rs 40 crore of accumulated losses. The monthly attrition rate across the Blue Foods franchise was around 37 percent. The business was poorly managed and massively undercapitalised.

That’s when Sain, who was still with FCH, got a look into the deal. When the offer for Blue Foods came in, Everstone was already thinking of entering into the consumption space.

“We did not know anything about the restaurant business when the Blue Foods proposal first came to us,” says Sain. But he knew one thing: As urbanisation spreads to smaller towns, markets will open up for his restaurants.

Today, the fortunes of this once cash-strapped company have improved dramatically. Blue Foods has revenues of Rs 200 crore. It is now making a net profit and is debt-free. “Hypergrowth comes next,” Sain adds.

It currently has 150 restaurants under different brands, which include 75 locations of Gelato Italiano, which are small-format stores.

Sain’s first challenge in attempting this turnaround was to stabilise the processes at an operational level. To see if this was possible, he put down a condition: His own management team would run the show for three months and the final decision to invest would be taken based on the outcome. Sain sent in Jaspal Singh Sabharwal and Amit Manocha, who both worked with Coca-Cola for over a decade before joining Blue Foods.

“The business was in such financial distress that the previous owners had nothing to lose,” says Sain.

In these three months (it actually stretched to six), Everstone realised that the restaurant chain had no stable processes, resulting in huge variations in quality and customer dissatisfaction.

Yet it was clear to him that it was essentially a plethora of good brands which were poorly managed. So, Sain bit the bullet and put in Rs 150 crore to buy out all the partners completely.

Sabharwal now came in as CEO and Manocha as CFO. They started by laying off 1,000 people.

“That was a painful decision but it had to be done to save the company and today we employ more people than when we took over,” says Sain. 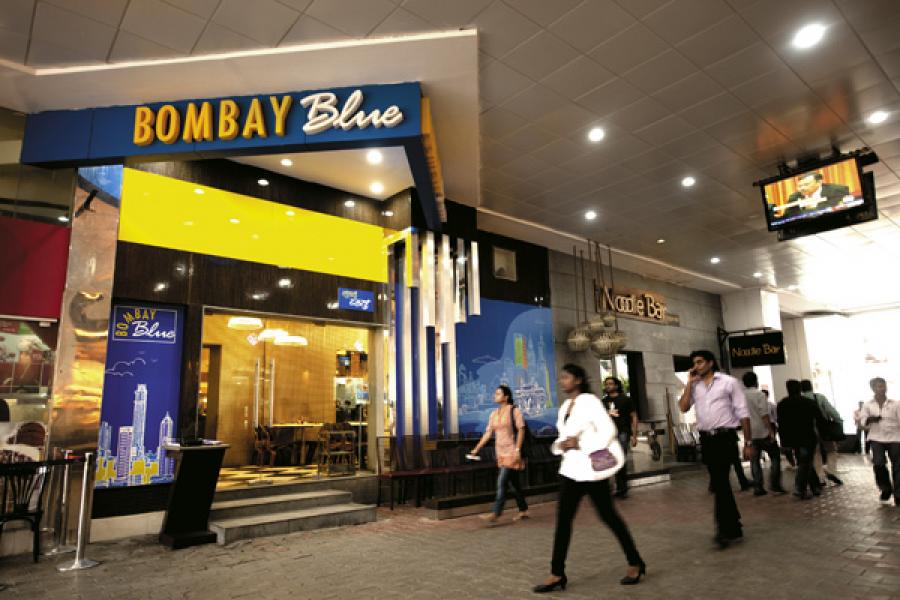 The model on which most restaurant chains work is that they have a central kitchen where the food gets semi-cooked and is then delivered to the individual restaurants with small kitchens where the final preparation happens.

Before Everstone took over the business, most restaurants also had a full-fledged kitchen, adding to inefficiencies and disparity in taste.

So, a central kitchen was set up so that the food would be consistent across restaurants. For example, makhni sauce is the base sauce that goes into butter chicken, paneer makhni and dal makhni. In Mughlai and North Indian cuisine, these dishes account for about 20-35 percent of the revenue. The Blue Foods kitchen has standardised this sauce, which now comes in semi-processed form from the central kitchen.

Also, to have a central kitchen you have to have at least 30 outlets around it to justify the cost. So, isolated  restaurants had to be shut, for the time being at least.

Once Sabharwal and Manocha zeroed in on the restaurants to keep, they focussed next on getting the individual brand architectures right. Each brand was given a different positioning to cater to different consumer segments.

For instance, Spaghetti Kitchen would cater to executives who did not mind paying a little extra for the ambience and the experience. Copper Chimney would have a more family-oriented ambience. Bombay Blue would target a young customer base.

Even global formats were modified to suit the Indian market. Globally, Coffee Bean and Tea Leaf serves beverages and some snacks. When Blue Foods brought the brand to India it expanded the food menu, as food is an essential component of any offering. It set in place a central bakery to supply these outlets.

Sain is quite confident that Blue Foods has created the infrastructure needed to go for further growth. “We are like Starbucks when they’d opened their 150th store. From a scale point of view, we won’t have the problem,” he says.

This takes Cuisine Asia and Everstone’s tally of restaurants to 180. (Cuisine Asia now owns 85 percent of Blue Foods. Sunil Kapur, who was retained on the board, picked up a 15 percent stake in the company and has exclusive rights to the Copper Chimney brand.)

Cuisine Asia also raised Rs 100 crore by divesting a part of its stake to Verlinvest, a Belgian investment company. (Everstone refused to share the valuation details.) Of this, Rs 25 crore is to be put into Blue foods while the rest was used to finance the acquisition of Pind Balluchi.

Sain already has the biggest fine dining restaurant chain. He now wants to make Cuisine Asia the biggest and most profitable restaurant chain in India.
While it has competition from other quick-service restaurants like McDonald’s, Pizza Hut and Domino’s, there are hardly any fine dining competitors except Anjan Chatterjee’s Speciality Restaurants. It owns restaurant brands such as Mainland China, Sweet Bengal, Sigree, Machaan and Oh! Calcutta.

Speciality, which had a revenue of Rs 130 crore in 2010,  has 82 restaurants across 21 cities in the country and is backed by the private equity firm SAIF Partners. It recently came out with a successful IPO that valued the company at Rs 720 crore.

Given that Cuisine Asia scaled up to 180 restaurants from just 82 in only four years, do Sain and his team know something about the market that others don’t? “Every growth is possible; profitable growth is more important,” says Anjan Chatterjee, who went through his own expansion strains. “Now I know what not to do, rather than what to do,” he says.

But for now, Everstone has shown that private equity investors can create jobs and economic value if they can think and operate like an entrepreneur in the Indian market.