Tiny Asian nations are racing past India in cinematic excellence 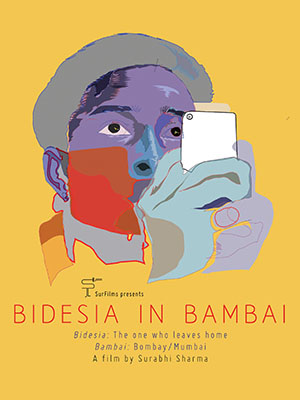 Mumbai’s others: Surabhi Sharma’s Bidesia in Bambai uses Bhojpuri music to highlight the lives of migrants from Uttar Pradesh and Bihar

Indians are primarily a navel-gazing race when it comes to cinema. most Indians, at least north of the Vindhyas, associate Indian cinema with Bollywood. Poor souls. There is little public acquaintance with, let alone appreciation of, the riches of Indian regional cinema, never mind Asian cinema. So we don’t really know where Indian cinema stands in the Asian context. Apart from common cultures and values, it can find a more level playing field in Asia, in terms of how the film industry functions—neither the extravagant budgets of Hollywood, nor the largely state-backed European cinemas. I feel very privileged to be watching movies for a living (even though it’s not always the unadulterated joy you might assume it is). And it is with mixed feelings that I observe Asian film competitions, where tiny nations like Sri Lanka, and a barely-there nation like Iraqi Kurdistan, are doing much better than India.

In October, I was on the 8th Asia Pacific Screen Awards (APSA) International Nominations Council in Brisbane, Australia. They have an Oscar-style procedure, in which a list of nominees is first selected, from which the award winners are picked. We selected 36 nominees for the best films, from over 250 feature films from 42 Asia Pacific nations. India had a substantial 24 film entries, yet came away empty-handed in all the main categories of best film, director, actor and actress, cinematographer and screenplay. We did, however, earn honourable nominations for Avinash Arun’s evocative Killa (The Fort) for Best Youth Feature Film, and Surabhi Sharma’s lively Bidesia in Bambai for Best Documentary Feature Film.

The 2014 APSA nominees for Best Feature Film are Winter Sleep (Turkey), Leviathan (Russian Federation), I’m Not Angry (Islamic Republic of Iran), The Owners (Kazakhstan), and Memories on Stone (Iraqi Kurdistan). Interestingly, India’s 24 entries are more than the annual, national output of Sri Lanka. Yet Sri Lanka beat India, with Prasanna Jayakody’s compelling 28 earning two nominations for Best Screenplay for Jayakody, and Best Actor for Mahendra Perera. Indeed, Kazakhstan and even Iraqi Kurdistan—which is not even recognised as a state globally, and is threatened by the Islamic State of Iraq and Syria (ISIS)—fared better than India. The Owners, by talented Kazakh director Adilkhan Yerzhanov, won a nomination for Best Cinematography, while Iraqi Kurdistan’s Shawkat Amin Korki’s Memories on Stone earned a nomination for Best Screenplay.

Killa is a coming-of-age story of a young boy and his single mother, while Bidesia in Bambai has Bhojpuri music prise open the world of UP and Bihari immigrants in Mumbai. 28 is told from the viewpoint of the spirit of a woman, who was raped and murdered. The Owners has three young siblings evicted from their home by thugs, while Memories on Stone has two friends make a film on the Anfal genocide in which 1,82,000 Kurds were killed in the 1980s. 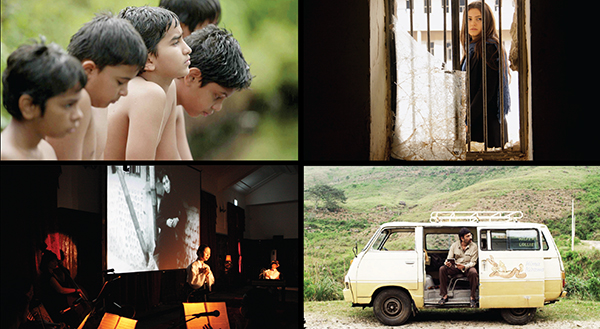 An Asia beyond Bollywood: (Clockwise from top left) Still from Killa (a coming-of-age story of a boy and his mother), Memories of Stone (on the Anfal genocide), 28 (told from the viewpoint of a woman who was murdered) and Crossroads of Youth (multimedia performance of the 1934 Korean film)


India’s APSA record this year is poorer than last year, when films from Sri Lanka, Bangladesh, Kazakhstan, Palestine and Iraqi Kurdistan won nominations for best film and director—which India couldn’t manage—though we had notched four worthy nominations for best screenplay, cinematography, animation feature and documentary feature. The council discussions revealed new trends in world cinema. One is the surge in the number of recent films, both within APSA and outside it, involving differently-abled people having sex. These include Shonali Bose’s Margarita, with a Straw, Lou Ye’s Blind Massage (China) and Asaf Korman’s Next to Her (Israel); there is ‘terminal sex’ in Im Kwon-taek’s Revivre (Korea), in which the protagonist has sex with his wife as she lays dying of cancer, while 28 goes a notch further with necrophilia.

Apart from this, Korea had observed an unexpected downside to films going digital. Professor Hong-Joon Kim, council chairman, explained that filmmaking and film theatres in Korea are 100 percent digital, resulting in labour cuts: Instead of the traditional film projectionist, one person can now operate 15 screens. Films on 35mm celluloid can be seen only at film festivals or archives. Also, as Prof Kim points out, “As filmmaking has become completely digital, the production designer is becoming more prominent than the cinematographer. Films are becoming grander, with the production designer showing off sets that are real, not special effects.”

Lastly, the future of film seems to be multimedia. The Brisbane Asia Pacific Film Festival programme—whose highlight is a package of APSA films—includes the oldest surviving Korean film, Ahn Jong-hwa’s Cheongchun-eui Sipjaro (Crossroads of Youth), a silent, black and white film of 1934, in a multimedia ‘film performance’. Shown earlier at the Busan and Berlin film festivals, it is a restaging of a silent film as a musical by director Kim Tae-yong. Along with a screening of the film, a pair of actors sing and dance selected sequences on a stage before the screen in real time; a pyeonsa (narrator for a silent film), seated in a corner of the stage, relates the story and speaks everyone’s dialogues throughout the film, while a quartet plays musical interludes. If we could enrich our cinema with live theatre, music, oral story-telling and dance, and do it well, we could have a winner on our hands.

Meenakshi Shedde is India Consultant to the Berlin Film Festival, an award-winning critic and curator to festivals worldwide