The Bridge Between Words and Frames

Cinematic liberties can bring novels to life and ruin them too 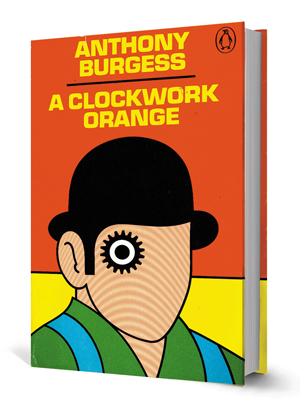 Much of the debate around Vishal Bhardwaj’s recent film Haider centred on its politics—its position on the Kashmir conflict and the Indian army—but I was more intrigued by a couple of reviews that made disdainful noises about the film imposing the “dramatic conventions” of Hindi cinema on a revered literary text (Shakespeare’s Hamlet). Fuelling this argument was the knee-jerk condescension towards popular cinema that is commonly found in a certain species of “intellectual”—but it also suggested that the writers knew little about Shakespeare himself. They didn’t seem to realise that he wrote for the front-benchers of his day, that he was unabashedly populist and even his greatest tragic plays were episodic and tone-shifting, incorporating musical interludes and lowbrow comedy amidst the main action.

Given this, one could easily make the opposite argument: That Hamlet should have been adapted not by someone of Bhardwaj’s sensibility (he is a relatively niche filmmaker known for his detailed scripts and visually imaginative films), but by a more mainstream director, perhaps in one of those Rs 200-crore extravaganzas starring Salman Khan!

Still, if you have to complain about popular cinema imposing its language on realistic literature, you might look instead at the 1965 film version of RK Narayan’s The Guide. The story—about a woman in an unhappy marriage, drawn towards a guide—was, like nearly all of Narayan’s work, set in the fictional town of Malgudi, but when actor Dev Anand and his brother Vijay got involved, the process of glamourising began; in a droll essay titled “Misguided Guide”, Narayan recalled how ideal locations near his home town Mysore were bypassed in favour of elaborate North Indian settings because the filmmakers wanted to turn the small-canvas tale into a pan-India tourism spectacle. (“We are out to expand the notion of Malgudi,” he was told.  Malgudi will be where we place it, in Kashmir, Rajasthan, Bombay, Delhi.”) The film underplayed an important facet of Narayan’s story: That it was about people living circumscribed, frog-in-the-well lives.

Narayan would have been pleased, one feels, if he had met director Roman Polanski. In bringing Ira Levin’s witchcraft classic Rosemary’s Baby to the screen in the late 1960s, Polanski made one of the most scrupulously faithful novel-to-movie adaptations ever seen (he went to the extent of phoning Levin to ask about a specific magazine mentioned in an unimportant scene)—but the amusing reason for this surfaced later when it turned out that the Polish director, making his Hollywood debut and adapting a book for the first time, was unaware that he was allowed to make changes! Readers with highbrow tastes often scoff at books that seem like they were written to be made into a screenplay, but Levin’s careful constructions should be studied by aspiring novelists in a creative-writing class.

Incidentally, Polanski later made an excellent film of Macbeth, by which time he had presumably become more confident about taking liberties; in the film, some of Macbeth’s soliloquys were not spoken aloud, but presented as voiceovers, and Lady Macbeth did her “Out, damn spot!” speech in the nude—the scene wasn’t gratuitous but worked as an expression of a once-in-control character’s vulnerability. 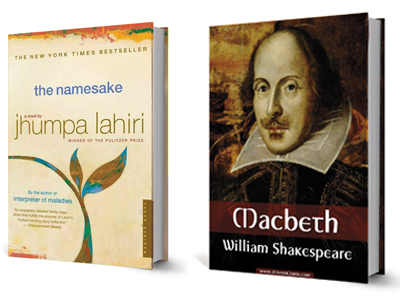 A frequent criticism of movie adaptations is that while the book allows us to participate in the creative process by using our imaginations, the film makes everything explicit. Much as I admired Peter Jackson’s majestic 10-hour filmisation of JRR Tolkien’s fantasy epic The Lord of the Rings, the images in my head didn’t always make peace with what was on screen. When the Dark Lord Sauron (lacking physical shape in the books and all the more menacing for it) was turned into a giant roving flashlight—scanning his land for trespassing hobbits —the Tolkien nerd in me wept. It wasn’t really the filmmakers’ fault—it’s hard to see what else they could have done to visually convey the Eye of Sauron looking out for enemies, especially given that the film was made for a mass audience, including people who hadn’t read the books.

But cinema’s ability to present things in definite terms can also be used to advantage. When I read Jhumpa Lahiri’s novel The Namesake—about the lives of a Bengali couple who settle in the US in the 1970s following an arranged marriage, and their son, who grows up between cultures—I felt a bit distanced from the protagonists. The book has few conversations: Mostly, an omniscient narrator tells us about the characters’ thoughts and feelings, and we are swept along by Lahiri’s lucid writing. Sooni Taraporevala, who did the script for Mira Nair’s film version, says her challenge was to create believable dialogue for these people, whose voices we never get to “hear” in the book. The result is a film that feels more immediate than the novel did.

Less successful was Nair’s adaptation of Mohsin Hamid’s The Reluctant Fundamentalist, about a Pakistani man, Changez, who goes to the US to study in Princeton, feels empowered by American ideals, but becomes defensive about his cultural identity in a post-9/11 world. The book tells this story as a long monologue addressed by Changez to a voiceless American. This one-way conversation needn’t be taken at face value—it is a storytelling device akin to the use of a sutradhaar in a play, and has an in-built bias: The reader only hears Changez’s story. But Nair provided a context to the meeting between Changez and the American, doing away with the latter’s formlessness and giving him a voice too. This literalising took away some of the edge and intimacy from the story.

At times, though, a film can skilfully replicate a book’s effects. Anthony Burgess’s A Clockwork Orange, about a gang of young thugs in a dystopian future England, was once considered unfilmable, partly because of its lingual gymnastics. Narrated by the vicious protagonist Alex, the story is told in an invented, slangy language called Nadsat, and this helps shield the reader from the extreme violence, by forcing us to interpret what is being said. Stanley Kubrick’s 1971 film version found cinematic equivalents for Burgess’s distancing device: Unsettling close-ups and tilted camera angles, a speeded-up effect during an orgy scene—things that make us constantly aware we are watching a “constructed” story, and prevent us from getting too immersed in the horror. It is one of the rare examples of a film achieving the same mood that the novel did, even as it employed the distinct methods of its own medium.