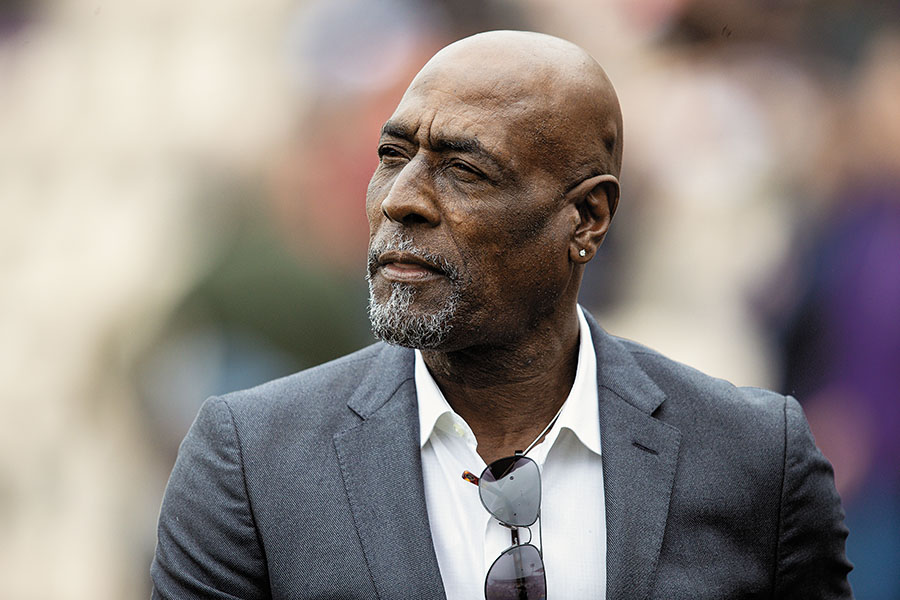 There was a legacy before I came in, and it was my job to take the baton and make sure I held it tight and ran like hell.
—Sir Vivian Richards

You don’t win or lose games because of the 11 you select. You win or lose with what those 11 do on the field.
—Rahul Dravid

To me, cricket is a simple game. Keep it simple and just go out and play.
—Shane Warne

I have failed more times than I have succeeded, but I never gave up, and will never give up, till my last breath, and that’s what cricket has taught me.
—Yuvraj Singh

Cricket is not a rational sport in India, and we go overboard.
—Harsha Bhogle

Cricket is battle and service and sport and art.
—Douglas Jardine

Concentration’s like a shower, you don’t turn it on until you want to bathe. That was cricket for me.
—Garfield Sobers

I’m convinced things will go much better if the players smile and have some fun on the field, rather than acting like wound-up spring.
—Jonty Rhodes

The key to handling pressure is to enjoy it when you’re confronted with it rather than worry about it too much.
—Steve Waugh

Nothing happens in cricket, ever. Even the highlights resemble a freeze frame.
—Charlie Brooker

Tweets by @forbes_india
These candidates made history in the 2020 US elections
How do US elections compare with India's?