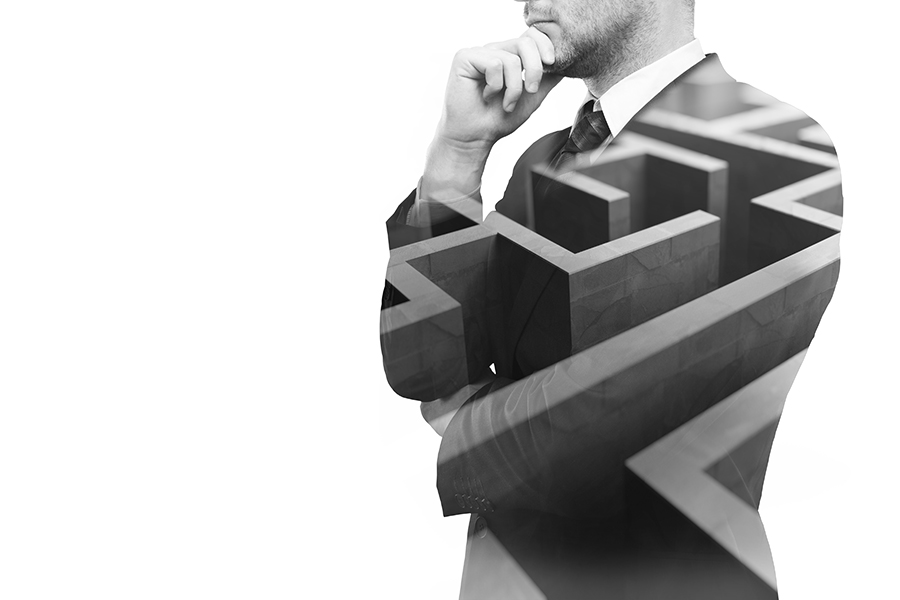 Thunderbird alumni live and work in nearly every part of the globe, in thousands of enterprises large and small, and all of them are on the path to – or already in – positions of global leadership. Jeff Cunningham, Professor of Global Leadership at Thunderbird, and at the Walter Cronkite School of Journalism and Mass Communication at ASU, interviewed Jeff Immelt at GE headquarters where they discussed disruptive challenges facing global organizations and how vital it will be to have young, talented and diverse leaders to surmount them. Professor Cunningham was the former publisher of Forbes Magazine prior to his career as an internet CEO and venture capital partner. The interview is part of Professor Cunningham’s series, Iconic Voices (IV), with leaders that inspire. The interviews can be viewed on YouTube channel IV at www.IconicVoices.TV. The leadership lessons distilled from the interview are valuable not only for their wisdom but for their very practical applicability across a wide range of industries.

Of the many things that could be said about Jeff Immelt*; perhaps the most genuine – and true – is that he has lived the American dream. Born in Cincinnati during the Eisenhower era into a GE family (his dad worked for what is now known as GE Aviation), Immelt grew up to become Chairman & CEO of General Electric. Along the way, he graduated Cum Laude from Dartmouth – with a degree in applied math and economics – where he now serves as a charter member of the board of trustees. Clearly set on a leadership career path, Immelt earned an MBA from Harvard in 1982 and joined GE almost immediately, rising through the ranks to eventually reach the top as leader of one of the world’s major global corporations. Immelt played football in high school, and at Dartmouth, and often speaks of the benefits of football to his career. Among his charitable activities he counts his leadership advocacy in seeking solutions to the risk of head trauma injuries to NFL players. He’s been instrumental in promoting GE Foundation’s initiatives to develop diagnostic equipment for use in head trauma injuries and in seeking to develop safer helmets. Below are ten key leadership lessons from Jeff Immelt taken from Cunningham’s interview.

1.The world will surprise you even if you're a CEO
“I think the biggest surprise is the world twisted from one of benign growth to high volatility and geo-political risk. In many ways the environment today is nothing like what I thought it would be when I became CEO.”

2.The company may be a 100-year success, but it has to change
“I had a sense we were more well-constructed for an American-centric economy, one that was not quite as volatile. We really started thinking the portfolio had to change to our new philosophy—we only wanted to be as broad as we were deep.”

3. You need to discover where you can win
“We looked at those businesses where we had an essential competitive advantage. I thought about technology, globalization, installed base revenue as being our core competencies. We wanted to keep financial services to more than a third of the company and the financial crisis more or less took care of that.”

4.Be prepared to follow a tough act
“When you replace a famous person [Jack Welch], you’re always reminded of things he said. I think what really makes great leaders or what made my predecessor great was he really didn’t care too much about history. It’s why today, we think about what’s right for now, not what was right ten, twenty, or thirty years ago.”

5.Success respects knowledge as much as charisma
“We used to think if you had good leaders you could be in any business. We still want to have good leaders, but we now believe deep domain expertise is critically important. Business has no shelf life.”

6.You can be Warren Buffett but still be yourself
“I always look at what Warren Buffett is doing. The thing I admire the most is he never follows a fad. His thesis, what he believes in, how he invests, never changes. That is something I’ve tried to do in my own context at GE: stick to a very disciplined box of what makes a great GE business.”

7.You compete with Google even if you don't know it
“We’re not going away. We’re paranoid, we’re investing, we’re changing, we’re relevant to our customers and the industries that we serve in. We don’t want to be Microsoft or Google, but we’re inspired by them. We want to be better because of them. I want to be in the top ten most valuable brands. It’s not okay for me to say, ‘Oh gosh, we’re too old.’ That’s not acceptable as a thought for our company.”

8.The hard stuff is going to be very hard
“I’ve done this now 14 years. Anyone that says they think these jobs are easy…these are hard jobs and you have to learn every day. What I love about our company and what I try to match myself is resiliency. We’ve been able to change the portfolio, grow earnings, through three recessions and political unrest. In a very volatile world, we’ve stayed focused, accountable to our customers, our investors, and have this this sense that we’re never as good as we want to be and that no matter what happens we can get better.”

9.What Oprah calls 'inclusion' is our secret weapon
“I’m in my 30th year of being trained how to run a meritocracy, how to be open, how to encourage an open workplace. There’s no excuse for people not to be open—no matter what you’ve done, if you can bring it, if you’ve got merit, if you’re winning, you’re going to get promoted.”

10. Experience is a friend who arrives late
“There’s no doubt in my mind, when I talk to other leaders, you haven’t led until you’ve been through a ‘flying close to the sun’ tail risk. Now your investors don’t love you when that’s happening. When you’re in the middle of the crisis you may not understand you’re getting better, and people that are investing in you are a little bit hacked off.” “You can only tell about people when it’s 15 minutes till midnight and it’s crappy outside and horrible things are happening, then you can tell who’s good, and who can make it and who can’t. I think in my own case, I’ve learned from all the things that have happened over time and hopefully become better.”* Jeff Immelt will step down as General Electric's chairman and CEO on August 1, 2017.
Professor Jeff Cunningham was the former publisher of Forbes Magazine prior to his career as an internet CEO and venture capital partner.
The views expressed in this article do not necessarily reflect those of Thunderbird School of Global Management or Arizona State University as a whole.

Tweets by @forbes_india
Global 2000: The world's biggest companies
The house of Amazon is going organic