The house of Amazon is going organic

Jeff Bezos acquired Whole Foods because he wants to be a bigger part of your life; so he's taking over your kitchen 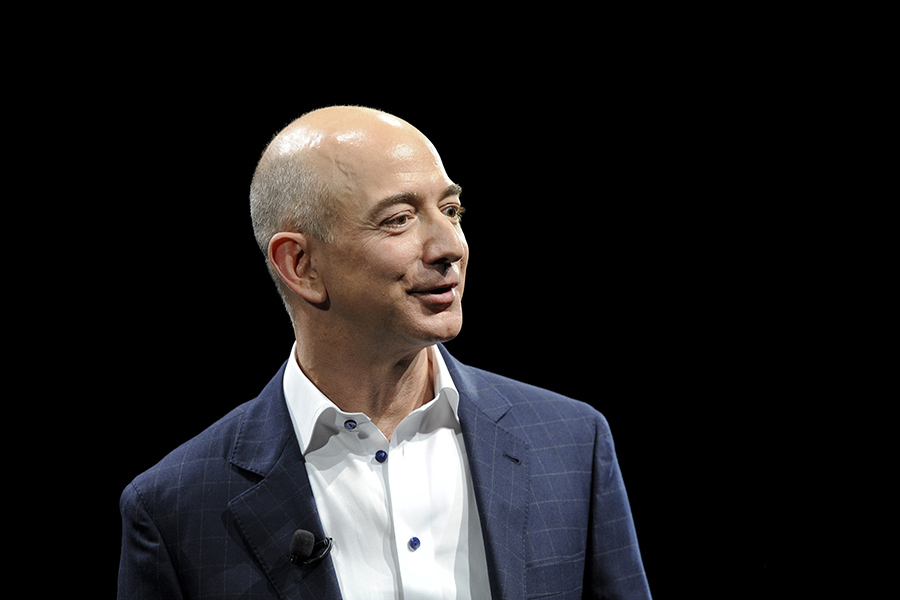 Image: Gus Ruelas/ Reuters
Jeff Bezos acquired Whole Foods because he wants to be a bigger part of your life — so he’s taking over your kitchen.

“ "The answer to this question begins with a number." — Jeff Bezos

Jeff Bezos is a brilliant Princeton engineer and the second richest person in the world with a net worth approaching $90 billion. He also happens to own the country’s leading political newspaper, a major movie studio, and an interplanetary exploration company. He is the founder of Amazon.

So what is he doing with a grocery store?

The pundits are asking if the acquisition of Whole Foods Market was done just to increase food revenues for the Amazon shopping site. Or was it more?

Something simple, something most of us have overlooked, right before our eyes. Something he sees and we don’t?

I am inclined to claim this is a revolution in strategy. Bezos isn’t saying one way or another. He seems to be having a “don’t pay attention to that man behind the curtain” moment.

“There’s only one way out of this predicament,” Jeff Bezos repeatedly said to employees during tougher times, “and that is to invent our way out.”

During a weekly senior staff meeting, the new engineer leaned forward as the Amazon chief executive posed a question, “how is your business performing?”

The engineer stumbled along… “Well, I can answer that in several ways, depending on your point of view….” before Bezos cut him off and erupted at a decibel that was breathtaking even for those who saw it coming:

"The answer to that question begins with a number.”

So the answer to why Jeff Bezos has acquired Whole Foods must begin with a number.

I find six clear and unmistakable reasons, call them strategic synergies for why Amazon did the Whole Foods deal. As with anything related to Bezos, the answer begins with a number.

#1 — Why David beats Goliath every time
Single-mindedness is a quality that makes someone hard to work for and a pleasure to invest with.

A founder comes across as premature and even flighty to the existing establishment, just as Henry Ford must have seemed to the purveyors of horse-drawn carriages. Barnes and Nobles scoffed at Amazon and Toys“R”Us tried to crush them legally. (Today, both companies are the subject of bankruptcy speculation.)

But the giants always forget about the lethal weapon: the obsessively single-minded entrepreneur.

2-Day Free Shipping
Customer obsessions aren’t unique to Bezos. People like Steve Jobs and Sam Walton enjoyed the same need to keep shoppers happy. But it was Jim Sinegal, founder of Costco, that had the greatest impact on Bezos. Few people realize that Costco has such a small markup on merchandise they make their profit entirely on membership fees. Sinegal turned shopping into a club, and he made sure the experience keeps membership value strong.

Bezos met with Sinegal and internalized the mantra. You can see it in 2-day free shipping. Whatever it takes to own the customer, that’s what you do. If someone says it will hurt the bottom line, even better, because Bezos knows Wall Street will skewer competitors who try to compete.

3rd Largest Consumer Spending Category
To use Warren Buffett’s expression, his company is so large they have to go ‘elephant hunting’ to move the needle.

The list of large acquisitions targets is a short one when you’re valued at hundreds of billions. Merging two cultures requires such energy, it has to be worth the sacrifice. The purchase price that the media and Wall Street cares about isn’t the real game here. Employee, customer, and vendor issues loom large. Whole Foods strong culture would be easy to transport into the Amazon realm. They both care deeply about customers, and that’s why this deal makes so much sense to Bezos.

The second reason is share of wallet spent on food at a grocery store. Bezos gets to move away from games and books into the mainstream of life with this purchase. That makes Whole Foods a Warren Buffett-type deal. Recession proof, fad proof, and now, maybe disruption proof.

Stop thinking of it as just groceries. It’s stuff we eat and drink, the last known legal addiction.

If you add Amazon skill in technology and AI to target, much the way they target book and electronic buyers, the possibilities of drone delivery and intuitive shopping intelligence, Whole Foods looks like a once in a long time opportunity.

There is a stealth benefit few are talking about. Whole Foods was a great retail grocer, but limited by what Wall Street would allow (CEO and founder John Mackey was always fighting the crush of analyst expectations). Now Amazon can power them with technology and tools they never dreamed of before. Think Tesla meets Jeep.

It gets even more interesting, strategically.

Most people won’t get this right away, but Bezos has a shot at taking away revenue from automotive and delivery services because so much money is ‘wasted’ on getting to and from the grocery store.

Because food is the largest category after housing and transportation, it is a perfect target for Amazon. But with delivery technologies like automation and drones, Amazon can take away market share from other categories. Now he’s eating into not just food but transportation spending. Think about how much auto and gas expense is related to shopping?

That money is now heading towards Bezos.

While they rank behind Costco and Walmart, Kroger and others, Whole Foods' dedication to customers of organic groceries is renowned. It owns over 300 stores across the country, making it a decent-sized footprint while not being a real estate play, which is not Bezos goal.

Factor in a reputation for brilliant entrepreneurial leadership, an iconic brand, a Texas culture where Bezos is from (Whole Foods was founded in Austin), and a CEO like Mackey, looking to get Wall Street off his back and cater to customers. The deal starts to make, if you will forgive, organic sense.

They are more organic than any other major grocer as well. It’s not just a section, but the whole store. They offer more organic in their butcher department than most do in the organic section of their market. Every Whole Foods product must be certified organic.

The company also gives Bezos credibility as a merchandiser and knowledgeable negotiator in a world unknown to Amazon. There will be no steep learning curve.

Finally, the company is experiencing growth in a down market. Walter Robb, Whole Foods former co-chief executive, said in a recent statement, “We are continuing to gain market share at a faster rate than most public food retailers.”11 Segments in The Portfolio
With growth in AWS and fulfillment services, Amazon has to beef up its retail sector with a bold move. Bezos tried partnering as a way around lack of insight into merchandising and vendor relations. It didn’t work and he pulled back both with toys and electronics as a result of weak partner behavior in important categories. He feels food is strategic, and now he owns a key to the sector that will never go away or become obsolete.
12th and largest acquisition
We know Bezos is making history here, although we aren’t sure exactly how. Amazon was founded on July 5, 1994, in Seattle, WA. Bezos has been waiting all this time, developed the expertise that has made Amazon arguably one of the most innovative companies in history, in order to make his largest acquisition — a grocer. The reason may not be clear, but you can be sure it’s no accident.

To Bezos, this isn’t just an acquisition, it’s organic.

Jeff Cunningham is an advocate for enlightened global leadership, which he calls the most valuable natural resource in the world. He is a Professor at ASU’s Thunderbird School of Global Management and was the former publisher of Forbes Magazine, startup founder, digital content CEO, and ran an internet venture capital fund.