There is a blind spot that undermines great managers in great organizations even when they identify real customer needs, deliver great products, and beat their competition to market 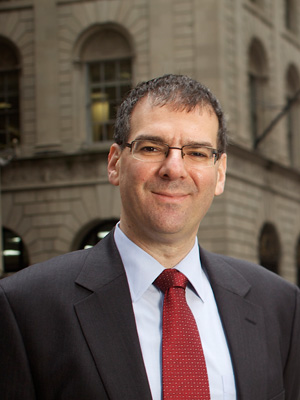 Philips Electronics fell victim to this blind spot when it spent a fortune to pioneer high-definition television (HDTV) sets in the mid-1980s. The company’s executives drove a development effort that succeeded in creating numerous breakthroughs in television technology, offering picture quality that customers loved and that the competition, at the time, could not match. Yet, despite sterling execution and rave reviews, Philips’s high-definition TV flopped. Even the most brilliant innovation cannot succeed when its value creation depends on other innovations—in this case the high- definition cameras and transmission standards necessary to make high-definition TV work—that fail to arrive on time. Philips was left with a $2.5 billion write-down and little to show for its pioneering efforts by the time HDTV finally took off twenty years later.

Sony suffered from a similar blind spot, winning a pyrrhic victory as it raced to bring its e-reader to market before its rivals, only to discover that even a great e-reader cannot succeed in a market where customers have no easy access to e-books. And Johnson Controls, which developed a new generation of electrical switches and sensors that could dramatically reduce energy waste in buildings and deliver substantial savings to occupants, discovered that unless and until architects, electricians, and a host of other actors adjusted their own routines and updated their own capabilities, the value of its innovations would never be realized.
In all these cases, smart companies and talented managers invested, implemented, and succeeded in bringing genuinely brilliant innovations to market. But after the innovations launched, they failed. The companies understood how their success depends on meeting the needs of their end customers, delivering great innovation, and beating the competition. But all three fell victim to the innovator’s blind spot: failing to see how their success also depended on partners who themselves would need to innovate and agree to adapt in order for their efforts to succeed.

Welcome to the world of innovation ecosystems—a world in which the success of a value proposition depends on creating an alignment of partners who must work together in order to trans- form a winning idea to a market success. A world in which failing to expand your focus to include your entire ecosystem will set you up for failure. Avoidable failure.

There is a growing trend to not go it alone. In a 2011 survey of senior executives by the Corporate Executive Board, 67 percent expected new partnerships, and 49 percent expected new business models, to be critical drivers of their growth in the upcoming five to ten years.

To be sure, great customer insight and execution remain vital. But they are only necessary— not sufficient—conditions for success.  Rather, two distinct risks now take center stage:

Co-innovation risk and adoption chain risk lurk in the blind spot of traditional strategy. They remain dormant as long as your innovations follow established lines. But when you try to break out of the mold of incremental innovation, ecosystem challenges are likely to arise. This is not a problem if you are prepared. It can be devastating if you are not. Just like the blind spot when you are changing driving lanes, not seeing the other car coming doesn’t make the accident any less awful. The same is true with strategy: a strategy that does not properly account for the external dependencies on which its success hinges does not make those dependencies disappear. It just means that you will not see them until it is too late.

Expanding your focus to include your ecosystem, rather than just your innovation changes everything— from how you prioritize opportunities and threats, to how you think about market timing and positioning, to how you define and measure success.

And indeed, today’s exemplar firms—from Apple in consumer electronics to Amazon in retail, from Roche in pharmaceuticals to Raytheon in defense, and from Hasbro in toys to Turner in construction—do much more than “just” execute flawlessly on their own initiatives. They follow a distinct set of strategies to orchestrate the activities of an array of partners so that their joint efforts increase the value created by their own initiatives many times over. These leaders have understood the nature of the blind spot and have expanded their perspective. They have deployed a wide lens in setting their strategy and prospered in their embrace of the ecosystem opportunity.

Dependence is not becoming more visible, but it is becoming more pervasive. What you don’t see can kill you. Don’t let your blind spot become your downfall.

Ron Adner is an award winning professor of strategy at the Tuck School of Business at Dartmouth College. He is a speaker and consultant to companies around the world.  This article is adapted from his new book, The Wide Lens: A New Strategy for Innovation www.TheWideLensBook.com (Portfolio/Penguin)