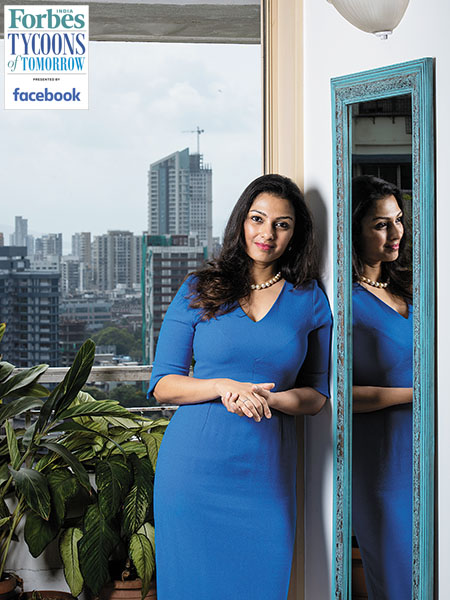 In 2015, Ameera Shah decided to notch up her efforts in transforming Metropolis Healthcare from a promoter-driven chain of pathology laboratories to a promoter-led and professionally-managed company. The drive included investing in technology, processes, governance, controls and, most importantly, people.

“To get people around me who are as good as or better than me, and invest in giving them independence and reasons to be motivated to work really hard for the organisation was a good decision. The vision was always there, but the pace of execution has ramped up because of better quality people,” says Shah, promoter and managing director of Metropolis. Click here for the full Tycoons of Tomorrow listThe results vindicate the vision. The chain has grown from around 500 centres in 2015 to over 1,500 today, adding about 1,500 new employees over the past four quarters.

Metropolis, which runs 105 laboratories in India, began operations in 1981 as Dr Sushil Shah’s lab in Mumbai. But his daughter Ameera, who had returned with a degree in finance from University of Texas in 2001, was thinking bigger. Inspired by the professional values of accuracy, empathy and integrity she inherited from her parents, Shah transformed the standalone lab into Metropolis, and built it into a booming venture that competes with the likes of SRL Diagnostics and Dr Lal PathLabs in the organised diagnostics market.

Ameera will go a long way in positioning Metropolis among the most pre-eminent diagnostic chains.” Sanjay Nayar, CEO, KKR India

“Ameera stands out as a highly-statured entrepreneur, with an equally solid handle on strategic and operational issues. She will go a long way in creating value and positioning Metropolis among the most pre-eminent diagnostic chains,” says Sanjay Nayar, CEO, KKR India.

While commitment to quality is critical in pathology, Shah is aware that balance and sustainability are central to any business. So rather than compromise while competing on the price side, she is focussed on increasing the customer base through awareness initiatives for doctors as well as patients, and expanding the network of its collection centres. The Carlyle Group-backed Metropolis employs more than 4,000 people, operates across seven countries with ten subsidiaries, delivering around 16 million tests a year. Shah points out that their acquisitions are more of “partnership models”, based on respect for the experience of the partner in a given geography. Yet, not all associations have been tenable, prompting Metropolis to exit partnerships in South Africa, Sri Lanka and Pune. In fact, that aligns with the structural cleaning-up operations that Shah has undertaken over the past couple of years. Click here for the full Tycoons of Tomorrow list

“Our Ebitda margins and gross margins have only been getting better. Some of them have been coming from economies of scale, but we are also in a deep expansion and investment mode. Our domestic revenue has been growing at a good pace,” she says. The company’s revenue from operations grew to ₹640 crore in 2017-18 from ₹587 crore a year earlier. While speculations around a possible initial public offering have been rife for at least a couple of years now, Shah is pragmatic in her approach. “Usually people go public either when they need capital, want a liquid currency or they have to retire debt. Those reasons were not there for us till now. But you never know in the future. It is something that we are always considering,” she says.