Neville Tuli’s India Asia Arab Art Fund proved a non-starter but has managed to land him in trouble with his investor, private equity firm Abraaj Capital

Sometimes even an exit route can become an unexpected trap. When Neville Tuli conceived the India Asia Arab Art Fund (IAAF), he also considered it as a potential rescuer of the art fund sponsored by his flagship Osian’s Connoisseurs of Art. Tuli told Forbes India that as a last resort, IAAF could buy modern and contemporary art from Osian’s Art Fund, of course, at an arm’s length pricing and valued by third parties.

IAAF, however, never took off and the elaborate set up that Tuli created for it, landed him in trouble with one of his most high-profile investors, the Dubai-based private equity firm Abraaj Capital. 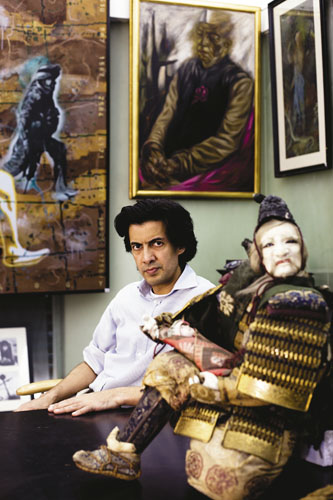 In a claim issued October 5, 2009, Abraaj Investment Management Limited, an associate company of Abraaj Capital, filed a lawsuit againt Bregawn Jersey Limited in the Queen’s Bench Division of the High Court in the UK for more than $23 million.
Bregawn Jersey Limited is Neville Tuli’s offshore company, based in the Jersey Isles that was acting as a purchasing agent for Abraaj.
In March 2008, Tuli wanted a loan to buy art for IAAF, which would specialise in investing in Indian, Asian and Arabian art. Through several contractual agreements, Abraaj advanced Tuli a sum of $1 million to purchase works of art for the Fund. Tuli said he would repay the loan on or before August 1, 2008, with an extension of a maximum of 30 days. The total sum to be repaid was $1.2 million.
In June of that year, Tuli and Abraaj signed a Purchasing Agency Agreement that increased Abraaj’s loan to Tuli quite a bit. The new loan was again for purchasing works of art on behalf of Abraaj for sale to the IAAF. The purchase price by Tuli was not to be more than $19 million.
In August, Tuli and Abraaj agreed to vary the terms of the loan agreement and Purchasing Agency Agreement following which the loan agreement was cancelled. The $1 million loan was still to be repaid, however.
By this time, the aggregate amount of money Tuli had borrowed from Abraaj was the $1 million initial loan, an additional $19 million for buying art works, and a further loan of $3.5 million. The grand total: $23.7 million. Tuli got an extension to repay the amount until October 15, 2008, or the first closing date of the Fund, whichever came first.
Abraaj was never repaid. The IAAF never launched. Abraaj has now sued Tuli not only to recover the $23.7 million, but also for other breaches of the Purchasing Agency Agreement, failure to enter into contracts in the name of Abraaj (Tuli used his own name or the name of his companies), failure to invoice the fund, overcharging for artwork in specific invoices, failure to deliver receipts to show Abraaj’s ownership of artwork, and failure to purchase the artwork at all.
The loss sustained by Abraaj for the artwork overcharged by Tuli, according to legal documents, is in excess of $5 million. Abraaj claims an indemnity in respect to any losses, damages, and expenses caused to them because of Tuli’s breach of obligations.
Abraaj’s legal counsel is Peter Maurice Watson, Partner at Allen & Overy LLP in London. The case is still pending in the High Court.
To view the claim, click here: 1 & 2