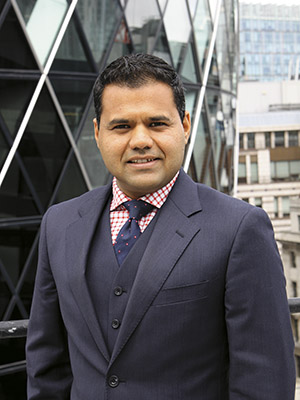 Had it not been for his brief stint with emecklai.com, a website related to all things forex, Rajesh Agrawal would have never ended up in the exotic world of foreign exchange markets when he moved out of Indore, his hometown. But that is exactly what happened and today, after spending a decade in currency trading, he feels that he is in a position to change the way money is transferred around the globe. India is the biggest market for remittances across the world. Agrawal knows this better than most people and has seen a business opportunity in this area that many have missed.

To explore a big gap in the way money is transferred between countries, he has started a company called RationalFX that allows users to transfer funds from one country to another at the lowest possible price.

The company started in 2005 with just two people, one computer, £4,000 in capital and no customers. And now after seven years, it has over 30,000 customers in 60 countries and 65 employees speaking 11 languages. It processes over $2 billion in payments in 55 currencies. All this was achieved without borrowing a single penny. RationalFX’ website Xendpay.com is one of the fastest growing online money transfer companies in the world. It supports five languages, 55 currencies and can be used to transfer money to almost any bank account in the world. Recently, Xendpay has started offering cash payout options for unbanked recipients of its customers in certain countries. An iPhone and iPad app is due to be released soon.

Agrawal wants to kill all the intermediary costs and make money transfer a smooth transaction. Typically, when money moves from one country to another, there are several entities involved in the chain, which includes sending agents, banks and receiving agents. These only increase the cost of transaction for the end user.

Most banks and other intermediaries are not transparent in dealing with their customers who want to transfer funds from one country to another. “RationalFX does not do that as its revenue is built into the exchange rate that is provided by the firm,” Agrawal says.

Foreign exchange markets don’t work like a stock market where the price is provided by a stock exchange. Foreign exchange markets are ‘over the counter’ (OTC), so there is no regulator and the transaction can happen between any two parties. This makes it very difficult to find out the actual market exchange rate. Hence, interbank rates are considered as a standard guideline. This is the rate at which banks buy and sell currencies to each other.

Agrawal says customers using Xendpay, which belongs to RationalFx, will get an exchange rate of something like Rs 79—and there is no charge—giving Xendpay revenue of Re 1 for every pound. So, in this example, it will make Rs 1,000 (about £15 equivalent) as opposed to the bank’s £75. So the customer is better off by £60 if he uses the RationalFx system. RationalFx is regulated by the Financial Services Authority (FSA) and that gives customers immense confidence.

The company has managed to use technology very effectively. RationalFx has used technology to bring down the cost of transfer by creating a proprietary algorithm. “We have developed our own technology, so we have managed to automate most of the processes involved in transferring money internationally. We are directly integrated with the SWIFT (Society for Worldwide Interbank Financial Telecommunication) messaging system, enabling us to send money to almost any bank account in the world,” he says.

What Agrawal is doing with Xendpay is not rocket science. It is a simple service. He agrees that the concept is not difficult but doesn’t understand why the current systems are so inefficient. He has always wondered why when someone sends, say, £100, it ends up as something like £75 in the hands of the receiver. There is a huge loss in transit which goes to different intermediaries by way of commission or exchange rate differences.

What Agrawal has done is bring the big forex purchasing power of the corporate business to the retail customer, integrated it with the SWIFT network and plugged it all into the company’s cloud-based proprietary technology.

The Genesis of the Approach
It was in the year 2000 that Agrawal started working with the internet portal of Mecklai Financial, a forex risk advisory service. He was building alliances and partners for the firm from across the world to source international content. When the dotcom bubble burst, Agrawal had to move out of the firm. One of the content partners was a London-based forex broker who asked Agrawal to join his firm in London. Call it serendipity, but while many lost out in the dotcom burst, Agrawal ended up with an interesting job related to forex transactions in London in September 2001. Within a span of three years, he founded RationalFx with Paresh Davdra where the idea was to use technology in the business of money transfer and keep the entire business transparent.

Davdra’s father is a close friend of Agrawal in the UK and knew him for a long time. Initially, Agrawal funded himself through personal loans and sometimes even credit cards for almost 18 months. Agrawal says that everyone refused to fund his idea and he had no choice but to go for personal loans at high interest rates. He likes to work with people he has known for some time or have been referred to him by someone he knows. He avoids using recruitment agencies and tries to fill the positions through his contacts as it helps develop a kind of camaraderie.

Starting the company was not easy for Agrawal in a country like the UK which is culturally so very different from India. Hundreds of thousands of new companies start every year in the UK and over two-thirds of them fail within the first three years. Agrawal was doing business in a foreign country and had to face problems related to culture, contacts and even market understanding. The only saving grace was that he had no language problem in the UK. “London truly is a melting pot of cultures and a great place to do business. In FX [forex] markets, London is of more significance, as over half of the $3 trillion traded daily in the world’s FX markets is traded in London,” Agrawal says.

The Importance of Being in London
Being at the centre of the global forex trade allowed Agrawal to forge alliances easily. RationalFx has tied up with local banks, institutions, money transfer outlets and retail provision stores in various countries like Bangladesh where the banking channels are not developed. The sender, who is very likely sitting in a developed country, can send the money online, but the receiver may be in a small village without even a bank account. The receiver can actually go to one of the local partners in that country and collect cash. This is how many traditional money transfer companies like Western Union work. The only difference in the way RationalFx works is that it promises to provide a good exchange rate and promises to be at least 15 percent cheaper than the traditional money transfer company. Money transfer companies and banks do not disclose the exchange rate and charge the customer a fee between 6 percent and 25 percent.

All the infrastructure that Agrawal has set up is now coming in handy because India is the world’s biggest remittance market. In 1994, remittance to India was about $2 billion; in 2011, it grew to $57 billion. Worldwide, the market size is in the region of $400-$500 billion. As the world is becoming a smaller place, more and more people are living outside the countries they were born in. Also, 20 years ago, a common person couldn’t have thought of investing abroad—now it’s a lot more easier. Ordinary people are investing money in properties, bank deposits, stock markets in other countries. This will all lead to increase in the size of the remittance market.

Much of the remittance market in the developed countries is associated with students. RationalFX is targeting the student population in the UK. It is in talks with various British universities for fee payments by foreign students. It is looking to tie up with one of the universities that has about 5,000 foreign students. There are over 400,000 foreign students in higher education in the UK. Each student pays on an average about $25,000 per annum in tuition fees—that makes it a market of $10 billion. Besides, there are many students from Europe and the USA who visit the UK and Agrawal feels that the market is absolutely ripe for a company like his. “The market size for foreign students’ tuition fees payments is absolutely phenomenal. This is an area where we are looking for a breakthrough,” Agrawal says.