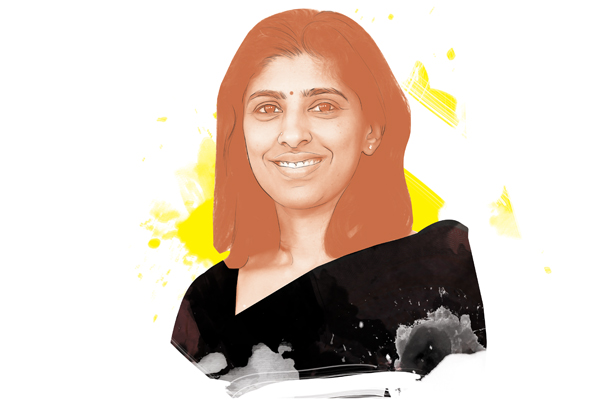 Bindu Ananth, 38, is the co-founder of the IFMR group of companies which include IFMR Capital, IFMR Rural Channels, IFMR Rural Finance and IFMR Finance Foundation. Prior to this, she had worked with ICICI Bank for seven years as a founding member of its microfinance practice, leading the design of ICICI Bank’s direct origination programme for micro-finance institutions (MFIs) and India’s first rainfall index insurance product.

In 2007, with the help of Nachiket Mor, who was heading ICICI Foundation, she set up IFMR Capital as an intermediary to bring capital to MFIs. Today, IFMR Capital has facilitated loans to the extent of Rs 40,000 crore which, in turn, have helped a lot of low-income people get access to easy credit. Mor, now country director, Bill and Melinda Gates Foundation, says he had seen an early spark in Ananth.

“I believe that finance, when done well, can be a force for good. This is what drives me and my team; making the power of finance available where it is needed the most—to agri workers, rural entrepreneurs and vulnerable families. Success means getting this done for these 600 million Indians,” says Ananth.

“ I believe that finance, when done well, can be a force for good.

Tweets by @forbes_india
Why is Bollywood big business outside India?
Samina Vaziralli : Sorry, no tokenism here