Freshworks became perhaps the first Indian-founder-led cloud software venture to publicly list in the US, on September 22, after a successful initial public offering on the Nasdaq stock exchange. Shares of the company, which listed under the symbol FRSH, were 32 percent higher at $47.55 at the close of normal trading on the exchange. The shares rose to over $49 in after-hours trading. In tech conversation, we catch up with the founders of a new networking platform for professionals, entrepreneurs and angel investors, CoffeeMug.ai 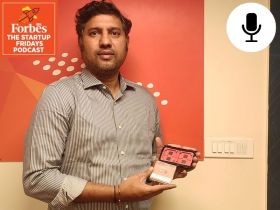 Startup Fridays Ep 26: 'Building deep tech in India is like growing rice in a desert: You need perseverance' - Parag Naik

China's hypersonic missile; Klarna's UK update; and a chat on Canada's startup visa as a gateway to the US for Indian founders