814.5 million voters will queue up in front of 10 lakh polling booths across the country to elect the next members of Parliament 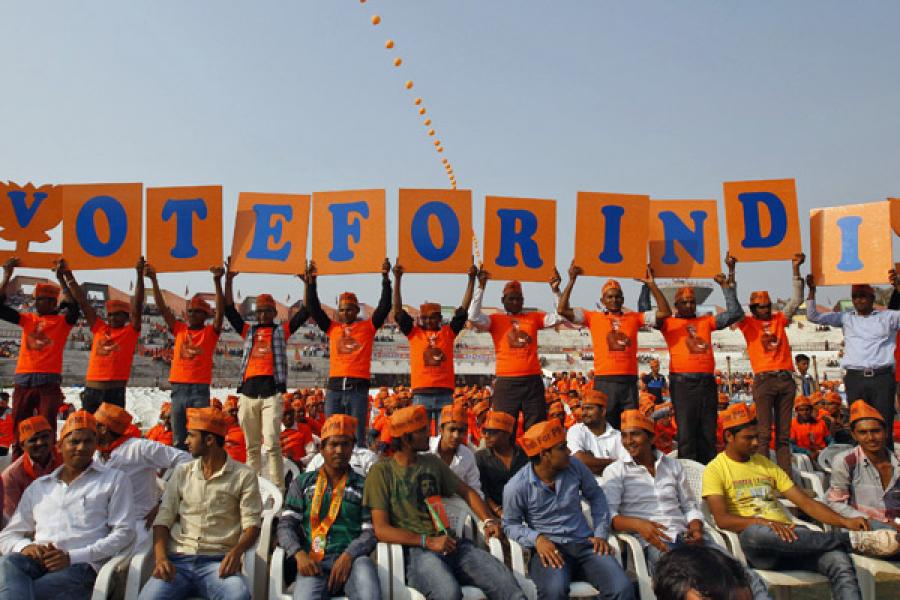 I have just come back from attending an endearing talk by India's Election Commissioner HS Brahma. The Commissioner was talking at CII's Annual Session about 'Managing Elections.'

Here are a few statistics to drive home a point that Naushad Forbes, Director, Forbes Marshall, made later in the day; that handling business is easier than the general elections!

814.5 million voters will queue up in front of 10 lakh polling booths across the country to elect the next members of Parliament. The work environment for the election officials will be tough with temperature ranging from -10 degree centigrade to nearly 50!

But even as I was coming to terms with this huge logistical exercise and appreciating the work done by the unknown officials in the largest democratic exercise in the world, I was struck by what Brahma said next. "Sadly, elections have become a place for under-hand dealings!"

This was a refreshingly transparent view from a serving senior bureaucrat. Clearly, he was disappointed with the course elections in India have taken. Following are some of the points that Brahma highlighted -

Since 1950, he said, 1600 parties have registered with the Commission. But only about 90 of them have contested any kind of election, be it nationally or at state level. So what did the rest do? They were formed for availing income tax exemption!

Finally, Brahma narrated an anecdote about his meeting with one of these candidates from the southern part of the country. "He complained that the limit of Rs.70 lakh was too less for spending on election campaigning," the Commissioned recounted. He was dumbfounded when the aspiring politician said that he had a budget of Rs 35 crore! Worse, the candidate knew a peer who was spending almost Rs 100 crore in the campaigning!!

Brahma noted that elections in India have become everything about money power and muscle power. And then borrowing a business jargon, he said, "Today, there is no level playing field in elections."

7,041
Thank you for your comment, we value your opinion and the time you took to write to us!