Why do analogies matter in the business world? 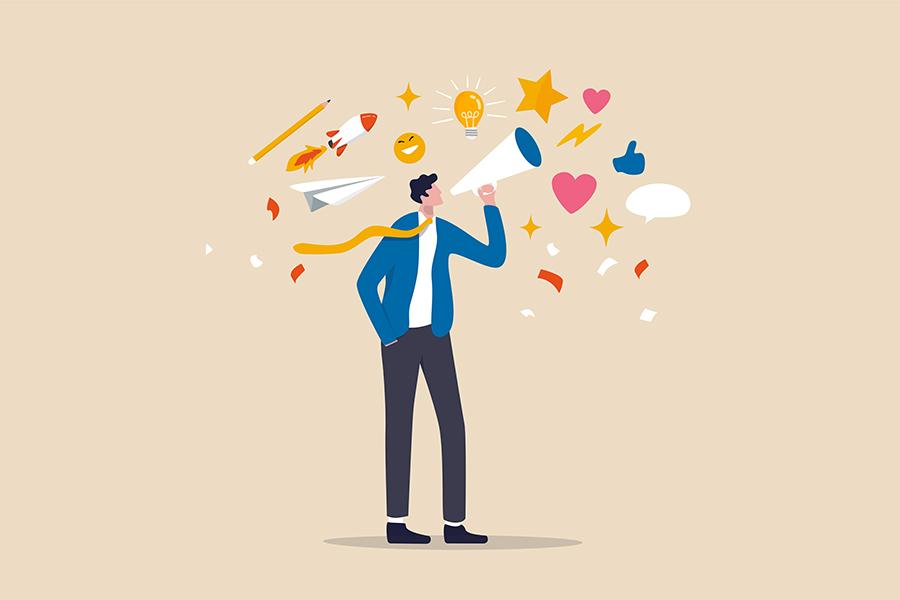 In the business world, sometimes we need to make decisions based on incomplete, inaccurate, and inconsistent information and convince others as well. Image: Shutterstock

If you convey something new to people, the chances of rejection are high. But new idea sellers such as entrepreneurs, scientists and thought leaders keep coming up with concepts that didn't exist before. How come they are able to attract people towards their new ideas? A standard answer we hear is that great idea sellers are great storytellers. But do you think that busy people like investors, customers and talented employees would have time to listen to long stories around unproven concepts and unconventional ideas? Perhaps, not.

Today’s new idea sellers do not have to be storytellers like Shakespeare. They have to be masters of analogies, which are compressed stories. Albert Einstein said, “Growth comes through analogy; through seeing how things connect, rather than only seeing how they might be different”. Analogies help people relate strange things to more familiar ideas. Let me share the benefits of using analogies in the business world:

Great businesses can be created by borrowing analogies from different places and then re-framing them according to the concept and context. In the late 1990s, there was no efficient platform to sell entertainment tickets in India. People used to stand in queues for movie tickets. People have missed their shows because they are sold out or have resorted to buying expensive tickets due to black marketing. Then a young MBA graduate–Ashish Hemrajani–was on holiday in South Africa. While sitting under a tree, he happened to listen to a radio commercial promoting rugby tickets. This commercial gave him an idea to reproduce a similar model in India and thereby solve the problem of booking tickets for entertainment shows. The idea, later on, became one of the largest ecommerce platforms in India–BookMyShow.

When entrepreneurs draw parallels with successful companies, it becomes easier for investors to refer to what they already understand and recognise the opportunity. Founded in 2018, US-based unicorn Thrasio acquires fast-growing small brands and turbocharges their growth by using supply chain efficiencies, growth marketing tactics, and so on. In 2020, Thrasio earned more than $500 million in revenues and around $100 million in profit. The concept is new to the Indian startup ecosystem but has gained traction because of the visible success of Thrasio and the rise in the number of small but fast-growing brands in India. Based on the Thrasio model, Indian startups such as GlobalBees, Mensa Brands, and G.O.A.T. Brand Labs have raised significant capital.

Analogies are easy to grasp. They can be used to brainstorm complex concepts while connecting with the audience–intellectually and emotionally. In the movie ‘Mission Mangal’, Vidya Balan's character knew how to cook without using excess LPG. She used this approach to convince her seniors to reduce a rocket's weight while saving fuel. When people believe that conclusion is valid, they are likely to believe arguments, even when they are not robust. Maybe that’s what happened in the film.

In the business world, sometimes we need to make decisions based on incomplete, inaccurate, and inconsistent information and convince others as well. In such scenarios, analogies work effectively. When BigBasket co-founders started the business in 2011, the online grocery delivery model was not considered sustainable. During the dot-com boom, the online grocery company Webvan had failed after close to a $1 billion cash burn. Over the years, many well-funded companies had tried selling groceries online, but hardly anyone succeeded. Fortunately, the BigBasket team founded Ocado, a successful online grocery delivery company based out of the UK. The team set the success metrics of Ocado as its goals for BigBasket and decided to achieve these metrics first in one city. By 2018, BigBasket had expanded into 26 cities and had surpassed Ocado in many of its business metrics.

People have a hundred other things to do, so why would they care about your product or brand? Analogies can probe the unconscious mind of the audience and can give them emotional satisfaction that could attract them even towards an unknown or unglamorous product. Munna and Circuit, iconic characters from ‘Munnabhai MBBS’, have won the hearts of millions of people. Some time back, Flipkart launched a campaign featuring kids as MunnaBoy and Short Circuit. These ads recreated iconic scenes from the movie to deliver the brand’s message around how their Super Coins work and that Flipkart is now a Super App.

Great speeches win hearts and convince minds. Martin Luther King Jr. gave the 'I Have a Dream' speech in 1963, and it is still used as a reference in communication classes. Steve Jobs gave a commencement speech at Stanford in 2005 that people still watch. These speeches are excellent examples of the effective use of analogies and words with deep meaning.

The secret sauce though…

But remember one thing, the way you need analogies to add emotional appeal to facts, you need data points to add analytical appeal to your analogies. So, while understanding great speeches, look at how great speakers balance facts and short stories, including analogies and jokes.

Aristotle recognised the value of metaphors (a type of analogy) some 2,500 years ago. He said, “The greatest thing by far is to be a master of metaphor; it is the one thing that cannot be learned from others, and it is also a sign of genius since a good metaphor implies an intuitive perception of the similarity in the dissimilar". Many people think that being a genius is all about discovering new things, but there are other types of geniuses that simplify confusing things. The more you convey information using well-known analogies, the closer would be audience’s understanding of what you intend to do, and better will be your connection with them.

2,536
Thank you for your comment, we value your opinion and the time you took to write to us!