After 15 years of navigating the film industry, Vidya Balan is now working on her own terms and rediscovering her on-screen potential 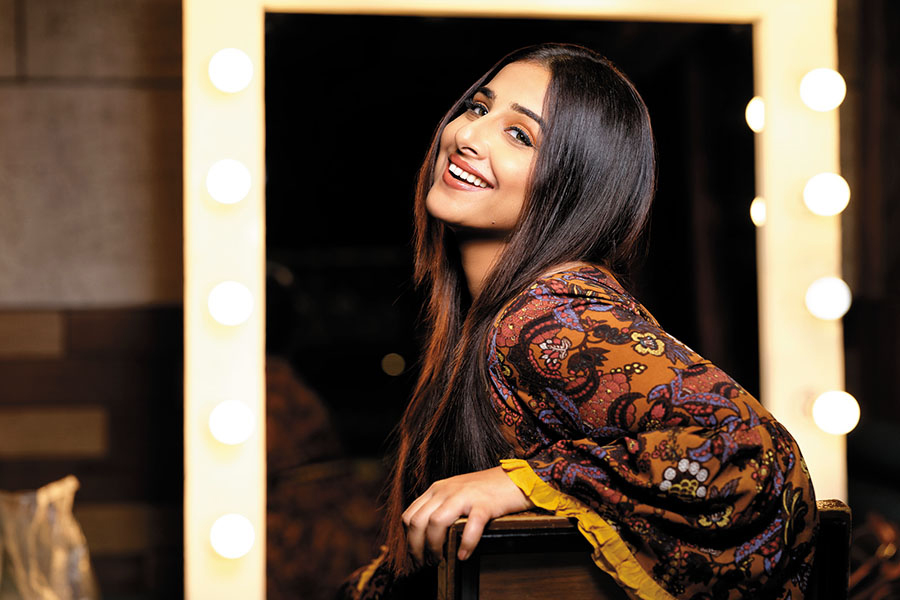 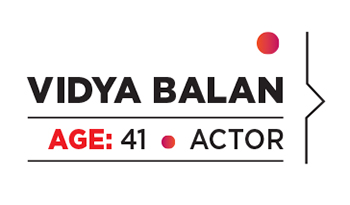 When you meet Vidya Balan, sitting in front of you is not the star who has redefined the role of female actors in Hindi cinema, but an everywoman who removes her sandals to fold her feet up on the chair during conversations, making everyone in the room feel the same level of comfort.

Relatability might be her strong suit on-screen, but in real life, it might as well be her lack of pretence. In her 15th year in the film industry, Vidya no longer feels the need to impress, or be part of the rat race. She does not read newspapers, or what the critics say about her performances, choosing to focus on the one thing she enjoys the most: Acting.

Working to her advantage has also been the fact that the Hindi film industry is opening up to newer genres, investing in experimentation and telling stories of everyday life. “Who would have thought that 15 years after I entered the industry at 26, I will be offered a wider variety of roles in different genres than I did when I came in,” she says, during an interaction in December.

Her body of work last year attests to this: While Vidya’s breakout character in 2019 was that of Tara Shinde—the project director of the Indian Space Research Organisation’s Mars Orbiter Mission—in Mission Mangal, she also branched out to the South Indian film industry. In the two-part big-budget Telugu biopics NTR: Kathanayakudu and NTR: Mahanayakudu helmed by director Krish, she received critical acclaim for playing the role of Basavatarakam, the low-key and strong-headed wife of late actor-politician NT Rama Rao. Vidya also made her Tamil film debut with a brief role opposite Ajith Kumar in Nerkonda Paarvai, the remake of the 2016 Hindi film Pink that dealt with sexual harassment and the importance of seeking consent.

“Right now, actors like Deepika Padukone and Alia Bhatt have much more in terms of brand value and endorsements. But if Hindi cinema has to stay relevant and get more people to the theatres instead of just Netflix and chill, then it needs to give them women who are real, in the flesh and blood. And that is truly Vidya’s USP. The fact that she is out there, is visible and relatable helps her stand out,” says Shubhra Gupta, film critic at The Indian Express.

It is the actor’s “rooted Indian simplicity” that caught the eye of director Pradeep Sarkar, who first spotted Vidya in an advertisement for Bajaj scooters in the 1990s. Impressed with the way she handled the nuances of a much-older character in that minor role, Sarkar got her on board for an ad-film on a sugar-free sweetner.

Vidya, who also worked in TV serials at the time, soon starred in three music videos directed by the filmmaker, including the popular ‘Kabhi Aana Tu Meri Gali’ track by music group Euphoria and ‘Main Nashe Mein Hoon’ by Pankaj Udhas in the early 2000s. Sarkar would then go on to make a screen adaptation of Sarat Chandra Chattopadhyay’s 1914 Bengali novel Parineeta, only to craft the protagonist’s role keeping Vidya in mind.

“In her manner of talking or debating or dealing with things, I realised that I was imitating her in the character of Lolita,” Sarkar says. While Parineeta marked Vidya’s Hindi film debut in 2004, her first film was in Bengali, Goutam Halder’s Bhalo Theko, the year before.

Vidya has been able to maintain the brand image of someone who looks quintessentially Indian but is extremely modern in her outlook and has a mind of her own, according to R Balki, the writer-producer of Mission Mangal and director of Paa (2009), for which Vidya earned many awards for her portrayal of a single mother of a child suffering from Progeria, a rare genetic disorder. In the 10 years between their two collaborations, Balki says the actor has not changed at all. “She is as comfortable and spontaneous in front of the camera in Mission Mangal as she was in Paa. This just shows that she is immensely confident of her talent and her ability to perform,” he says.

Gupta remembers when Vidya, in the mid-2000s, made not-so-impressive choices with Heyy Babyy and a few other films where she was just a decorative prop. The actor was trolled mercilessly for her sartorial choices and her body image when she went under the radar, only to re-emerge with power-packed performances in No One Killed Jessica, The Dirty Picture and Kahaani. “At a time when audiences are tired of formulaic films, Vidya is no longer going to be pushed with demands like ‘lose 20 kilos for a role’, and this liberates her to do whatever she wants.”

Now working on a biopic of math wizard Shakuntala Devi, and Sherni directed by Amit Masurkar, Vidya is glad the industry is creating wholesome characters for women. “It is important to portray women with all their strengths, flaws, limitations, craziness, zest to lead a full life and come into their own,” she says, explaining that she has been in the public glare for so long that she no longer feels the compulsion to air her views on social media, and is content with self-pacing her work.

Theatre veteran Arundhati Nag, who played Vidya’s mother in Paa, remembers how the actor was friendly with everyone on set. “She would come and sit down in my wagon, talk to me about theatre, movies or relationships. She would say, ‘I am keen to learn’, and inquire about workshops to sharpen her acting,” Nag reminices. “Vidya doesn’t come with an armour, and her biggest gift is that she is extremely curious and humble. If she continues doing a variety of challenging roles, she has it in her to go the Meryl Streep way.”

Tweets by @forbesindia
Author JM Buckler set to feature in Litteratura Paris Issue
Coronavirus: 'It is unsafe to get packages from China' and other myths