Know What to Avoid While Investing 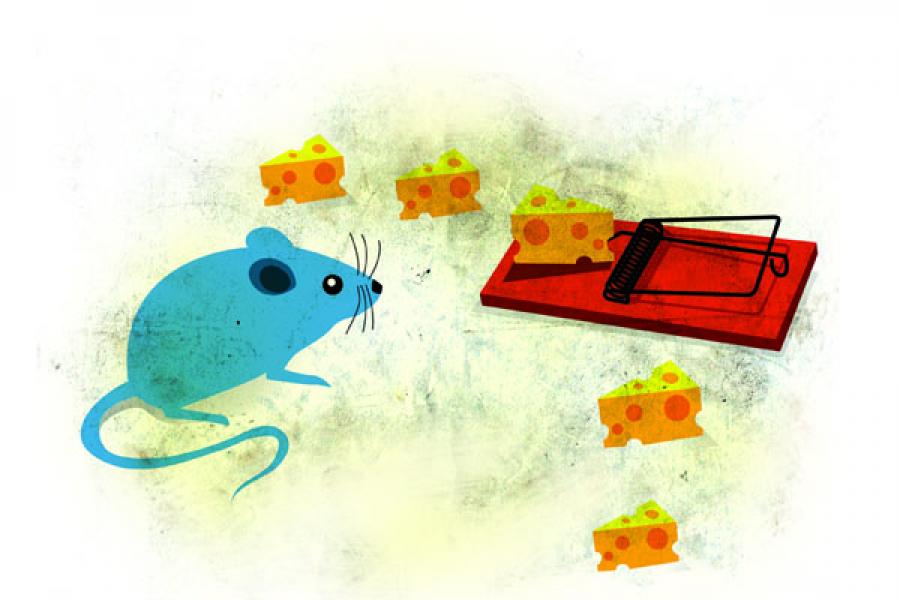 The overwhelming majority of investment analysts belong to two basic camps when it involves predictions. The first tend to take themselves and their learned prognosis for the world pretty seriously. More often than not they are paid by their employers to predict the future. Funnily, these otherwise talented individuals do not appear to have come to terms with the futility of forecasting.

The second camp studiously avoids making predictions and sit on the sidelines revelling in the misery of the first lot. What probably works best is to take a view of how events are likely to play out, but not take yourself too seriously.

Better to keep an open mind, review your forecasts and change your opinion when the facts suggest that you have got it wrong. George Soros is the ultimate cheerleader for this breed of investors and his record suggests it might be worth emulating. Given that my undergraduate degree was in statistics, I should be excused for a deep-rooted belief in the sanity of testing hypotheses. What matters is not whether the hypothesis was right or wrong, but why it was so.

In the spirit of having tried and failed, here are the major themes that deserve attention in my view of the world. Top of the list is the sovereign indebtedness in Europe coupled with an anaemic outlook for economic growth. Clearly, there are no obvious answers and each sensible option is bound to cause serious pain.

As Europe muddles through its sovereign debt crisis, there may well be a sense of déjà vu with the US mortgage fiasco, more in terms of how long it takes to sort itself out rather than scale.

The next spooky issue with no immediate resolution in sight is the complete political stasis in India. The present political leadership, which is weighed down by the stench of corruption related scams, lacks the ability to build bridges within Parliament and forge bold economic initiatives that will restore confidence.

Given the ‘risk-on, risk off’ mood prevalent among international investors, the March 2012 Budget assumes genuine significance. In all likelihood, good sense will prevail and economic populism will get short shrift. However, the choices are limited and expectations of ‘big bang’ reforms are misplaced.

But the really big issue which remains a black-box in the current global environment is what happens to China. The rhetoric of an undervalued currency and political nationalism are trivial compared to the bubble in the Chinese real estate. Even more worrying are the consequences of a bust for the opaque banking system used by the politicians to manoeuvre a ‘soft landing’ for the economy. Edward Chancellor of GMO, a firm that has built a formidable reputation on its ability to identify bubbles that are about to pop, believes  that China’s housing bubble now resembles Ireland in 2004 and Japan in 1990. As an illustration, the value of housing stock has risen from 200 percent of GDP in 1998 to 350 percent in 2011.

By contrast, US housing stock rose from 95 percent of GDP in 1998 to 155 percent in 2006 and is now almost at the same level as 1998. The conclusion that a collapse in housing can lead to a severe economic jolt is obvious. The real questions are to what extent the economy slows and how this affects the rest of the world which is ‘flying on one engine’ in the words of Stephen Roach, a veteran China expert.

What does this mean for an investor? Is one doomed if you are slightly off-kilter vis-à-vis the big picture? Happily, the answer is not in the least. As Warren Buffett is fond of saying, “Wait for the fat pitch”. For those who follow cricket, the translation is look for the half-volley on leg stump.

Given the subdued investor sentiment and morose economic outlook, opportunities abound for the thoughtful and patient investor. What defines successful investing is identifying the nature of the opportunity and determining how to capture maximum gain at least risk. Equally important is to ensure that you avoid ‘value traps’ or to extend the analogy, knowing which balls to leave alone.

In summary, a value trap is an attractively priced company that operates in a mediocre business without the prospect of any positives changes in its economic outlook. It is worth emphasising that poor business economics trumps cheap valuation a 100 times out of a 100. The other common mistake is buying a cyclical with mouth-watering valuation multiples at the top of its economic cycle. One of India’s great investment mavens, Raamdeo Agarwal, calls these companies “frogs in the well” since they only croak during the monsoon!

As Peter Lynch put it in One Up On Wall Street, money can be made in different ways, provided you know what you are doing. Classifying winning opportunities in a sensible framework is half the battle won. At the risk of repetition, the most frequently sighted of the species are:

An opportunity that truly beckons in the first category is Carborundum Universal (145). The company is an established market leader in the abrasives and speciality materials business. Carborundum is particularly well suited to a tough industrial environment considering its captive power facilities and guaranteed access to low cost raw material. The senior management has demonstrated competence in building the business for sustainable competitive advantage while remaining exceptionally disciplined and rational with regard to capital spending. Arguably, the dividend policy is a trifle old-fashioned and perhaps, conservative. Yet, the consistency in operating margins, stable market share, ability to innovate and impressive capital efficiency (average 5 year ROCE of just under 25 percent) do not seem to be reflected in a PER of 12 times consolidated earnings for FY 2012.