Lt. General J.F.R. Jacob: I Had To Ignore Orders

Lt. General J.F.R. Jacob tells Forbes India that he does not regret being the unsung hero of the 1971 India-Pakistan War over Bangladesh 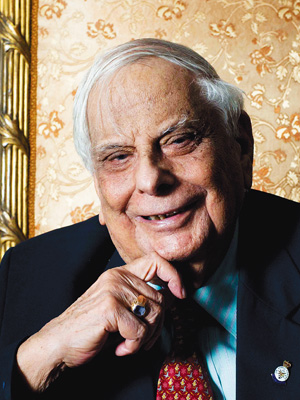 Lt. General J.F.R. Jacob
Profile: Headed the Eastern Command during the 1971 operations. Later, he was appointed governor to Goa and Punjab.
Education: Victoria School in Kurseong near Darjeeling.
Career: Enlisted in the Indian Army at 18, and saw action in World War II and the 1965 war against Pakistan. He was Chief of Staff of Eastern Command during the 1971 operations. Also served as governor in Goa and Punjab.
Interests: Reading war history, collecting antiques and artefacts.

In all these years, your role in the 1971 operations [in the India-Pakistan War] seems to have remained understated. Why was this?
I did my duty. I was given a task, I did it. The limelight was hogged by others. But people kept persuading me that I must write the truth. So I waited for 35 years before coming out with my first book: Surrender at Dacca. I gave copies of that book to Field Marshal Sam Manekshaw and Lt. General J.S. Aurora when both of them were alive and healthy. [Both of them were top officials at the time]. Neither of them sent any rejoinder.

What is your assessment of Sam Manekshaw?
I have the highest regard for him. He stood up for the izzat or prestige of the army...Regarding the operation, his vision and mine were different. Manekshaw was being pushed by the government to move to Bangladesh in April. He was pushing me. I refused and gave him good reasons. He had asked for a brief and it was my brief that was read out to Prime Minister Indira Gandhi. We had said Dhaka [should be taken first] but he [Manekshaw] said Dhaka was not important and wanted to take the entry ports. But I disagreed violently. Dhaka is the centre of gravity and in war you go for the centre of gravity. Manekshaw sent us an order that “you will, by so and so hours, capture the following”, and goes on to list every single town, except Dhaka! To make matters worse for us, he copied it to the three corps. I had to speak to them and asked them to ignore orders. I had to ignore orders.

You seem to have played a very important role in getting Pakistan to surrender.
Manekshaw called me and said, “Jake, go and get a surrender.” I said, “I sent you a surrender document, three days ago. Do I negotiate on that?” He just told me, “You know what to do.” That’s the only order I got. I was carrying my unconfirmed draft of the instrument of surrender to the meeting with Lieutenant General Niazi, [who headed the Eastern Command of the Pakistan Army]. At the meeting, Niazi said he had only come to discuss a ceasefire and not surrender...I took him to the side and told him that if they would surrender I could guarantee the safety of their families. I gave him 30 minutes and said if we didn’t reach an agreement by then, there would be resumption of hostilities and bombing. Then I thought to myself, “What have I done?” Suppose he says no, what do I do? I had nothing in my hand. Niazi had 26,400 troops. We had about 3,000, that’s all.


Why do you think Niazi buckled?
I don’t know. I can only quote the version from a Pakistani report which said that General Jacob was calmly pacing up and down smoking a pipe [while waiting for Niazi’s response]. I wasn’t calmly puffing my pipe! Aurora was expected in a few hours and the ceasefire would expire by the evening. So I went back [to Niazi] putting on a brave face. I took the paper and said, “I take it as accepted.” There was no answer; not a murmur. He glared. Niazi had tears in his eyes. Niazi also later said, “I was compelled to surrender by Jacob, who blackmailed me.”...You had no idea what I felt like with all those generals snarling at me...I was alone. Suppose I failed? I did not fail. I got an unconditional public surrender based on my personal unconfirmed draft.

Do you feel hurt that your role in the 1971 operations was not recognised by the government?
I don’t feel any sense of injustice. I didn’t ask for any award and was not considered fit for one. That does not concern me. I am not a medal-hunter.