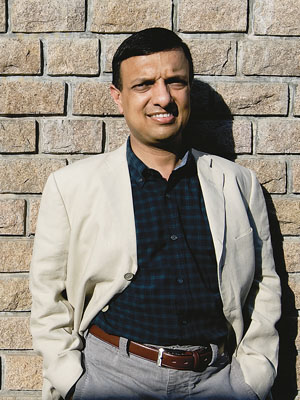 Nachiket Mor
Age: 46
Profile: President of the ICICI Foundation — will be stepping down on March 31, 2011
Career: Joined ICICI in 1987; rose to become deputy managing director and board member. Was in the race for the top job when he surprised everyone by moving to ICICI Foundation in 2007; 1992-1994 worked in Quantitative Financial Strategies, Philadelphia. Served on several boards including Wipro.
Education: MBA Finance, IIM-A; PhD - Finance University of Pennsylvania; World Fellow, Yale Universit

The news of your leaving ICICI Foundation came as a surprise. Why, and why now?
It has been a long process. I have always been interested in public health. In 2004, while I was still in ICICI Bank, I went to Yale to study public health. I also feel that education and financial inclusion (the other two major focus areas of ICICI Foundation) have made good progress. A lot of fundamental work has happened in these two areas. But health care has not reached such a stage.
I am 46 now, and getting no younger. This is going to be a long journey, one or two decades of work ahead. I need a lot of training, some academic training, in this area. So, it was only a matter of time. It would have been this year or next. But it was about time.

You had made a bigger transition earlier – from a corporate setting to the world of development...
I have often been asked that question; but I never quite viewed it that way. I personally look at the work I did at ICICI Bank as development work. The area was in finance. I felt I was doing something that had an impact in financial market, in forex market.

Besides, I believe financial services and health care are amenable to the market. It is true that they have a public good character, but markets can play an important role in providing these services. In that way it’s different from education. Government recognises this too. The budget for education is many times more than health care, for example.

Where do the things that you had set to achieve in ICICI Foundation stand today?
What we did at the foundation was ongoing work. It used to be a department of ICICI Bank originally. There was a change in the structure and the mechanics of being an independent organisation. We could bring in experts from outside. We could get two of the best experts to be on governing councils of our Centre for Elementary Education and ICICI Centre for Child Health and Nutrition. Now we have a good structure, processes and team in place. It will continue to do good work.

What’s your next project about?
It’s still in early stages. Our hypothesis is based on the belief that health services should reach the doorstep of the people.

When a person falls sick, he faces a problem: Whether the money he has to spend on the doctor is more than what he stands to lose if he doesn’t pay a visit. It’s a tricky thing. He would not know whether the pain in his leg will just go away, or if it is thrombosis and needs treatment.

In developed countries there is population level screening. In UK, NHS has health checks. This organisation Sugha Vazhvu — it means good life — has come up with a Rs. 2 administered health check based on six or seven standard protocols. They will screen the population — infant, child, adolescent, adult. The kiosks will operate at a village level. It will be one level below primary health centres, and an enhanced version of what the government calls sub-centres. It would work along with the government initiatives around HIV, TB and maternity care.

They have asked me to be the chairman. They have allowed me to work closely with them. I will be based in Thanjavur. They have two centres in the district. My contribution will be in terms of building a business model. It will take five to ten years. I will also be working towards a PhD in public health. There is a lot of learning to do.

Tweets by @forbes_india
Power Posing: Fake It Until You Make It
Corporate Philanthropy Will Grow in India