We hope that our work provides an outline for leaders who want to make wise decisions, rather than simply beat the other party

Why is it that the U.S. federal government allows local communities to give tax dollars to wealthy sports team owners rather than to create better benefits for citizens? Why are organ-donor programs constrained to the point where thousands of Americans die needlessly each year? Why did the South African government take a stand against an effective AIDS treatment drug?

The inability of government to make wise tradeoffs—give up small losses for much larger gain—has been investigated by HBS professor Max Bazerman and his research colleagues for years. Much of this work used economic science and political science to explain drivers behind the crafting of public policy. Now Bazerman and coauthors Jonathan Baron and Katherine Shonk are looking into the psychology of decision making to provide a fuller explanation. Their paper, "Enlarging the Societal Pie through Wise Legislation: A Psychological Perspective," has been accepted for publication in Perspectives on Psychological Science later this year. 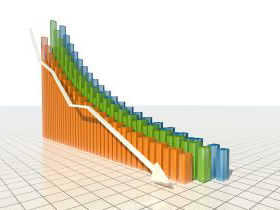 What they found was that psychological science does indeed help explain how governmental decision making is influenced by such forces as parochialism, nationalism, and dysfunctional competition, while also providing tools that foster rational decision making.
Consider this hypothetical question posed in the paper:

A. If you die in an auto accident, your heart will be used to save another person's life. In addition, if you are ever in need of a heart transplant, there will be a 90 percent chance that you will get the heart.

B. If you die in an auto accident, you will be buried with your heart in your body. In addition, if you are ever in need of a heart transplant, there will be a 45 percent chance that you will get the heart.

Which would you prefer? Most people choose Option A—the benefits of the tradeoff are quite clear. Yet the U.S. government, yielding to what psychologists term omissions bias, the "irrational preference for harms of omission over harms of action," follows an organ-donation program that favors Option B.

We asked Max Bazerman, a Jesse Isidor Straus Professor of Business Administration at Harvard Business School to discuss the research and its implications for policymakers.

Manda Salls: Your description of the "irrational preference for harms of omission over harms of action" is fascinating. Why is it, for example, that most people agree organ donation makes sense, but they don't donate?
Max Bazerman: Collectively, most Americans (and, more broadly, humans) believe that organ donation makes sense. But most people accept the default—the status quo. It is not that people are deciding in large numbers not to donate. Rather, they are not thinking about it. In other countries (e.g., Belgium), the default is that unless you specify that you do not want to donate your organs, you become a viable donor at death. In the U.S., unless you actively decide to donate, you are not likely to be a donor. Thus, the default that society imposes dramatically affects donor rates. As a result of the U.S. system, 6,000 people die each year who might not have, given a change in the default.

Q: Your research shows that given a choice, people prefer to receive less, provided others receive the same amount, than to receive a higher amount when others would receive even more. Is this a product of hyper-competitiveness in society?
A: The competitiveness of society plays some role. However, the bigger issue is that we often use the outcomes of others to assess our own outcomes. When you receive a 5 percent pay increase, and want to know whether to be happy or not, you find out the increases of your colleagues to create meaning of the 5 percent.

Q: In the discussion of dysfunctional competition you talk about the harm of using tax dollars to build new sports facilities to retain professional sports teams. Doesn't this type of spending bring income to a city? Why should people be wary of this type of investment?
A: Yes, it may be true that Boston (or any other city) benefits by keeping its football team or baseball team. But, another city without a team also would benefit from taking away Boston's team. And, as a result, cities compete with taxpayer dollars to lure sports teams to their cities. The net result is that we make welfare payments from taxpayers to rich owners of sports teams. Society would be better off with those scarce tax dollars being used for schools, hospitals, etc. The U.S. government should be involved in stopping cities from dysfunctionally competing with each other through these welfare payments.

Q: In this working paper it is stated that, ". . . nationalism may be the last type of prejudice to be widely tolerated." Please elaborate.
A: It is no longer socially acceptable to proclaim males as intellectually superior to females or whites as intellectually superior to blacks or Hispanics. Society has largely accepted such stereotypes as offensive, inappropriate, and leading to the lack of consideration of people as unique. But, American society continues to value Americans as dramatically more important than citizens of other nations. This is true in terms of jobs, the value of life, and across many realms. Like our other prejudices, nationalism is an example of valuing "our" group over "other" groups based on arbitrary group membership.

Q: How should leaders, particularly in the political arena, use this research to make better decisions? It seems like the public and many politicians are unwilling or unable to see beyond the immediate effects of their actions.
A: Our article, and the book that we published in 2001 (You Can't Enlarge the Pie), focuses on wise strategies that reasonable members of both major political parties should see as superior to the current state. We are currently in a political environment where beating the other side is valued over making wise decisions. We hope that our work provides an outline for leaders who want to make wise decisions, rather than simply beat the other party.

Q: What other research are you working on?
A: I am working on a book with (HBS professor) Deepak Malhotra entitled Negotiation Genius, which focuses on the strategies that we all can adapt to be seen as negotiation geniuses within our organizations. We expect it to be published by Bantam in 2007. I am also developing my research with Dolly Chugh on bounded ethicality and bounded awareness, themes that have been at the core of my recent publications in Harvard Business Review.

Tweets by @forbes_india
Setting The Rules of The Game: Corporate Governance And The Banking Sector
5 Predictions We Got Right