It's Not About the Car - Interview with Mika Hakkinen

He used to be the ‘Fastest Finn in the World’. Former Formula One driver Mika Häkkinen tells Abhishek Raghunath what India can do with F1, his rivalry with Michael Schumacher, and why even the strongest willed sportsman can break down 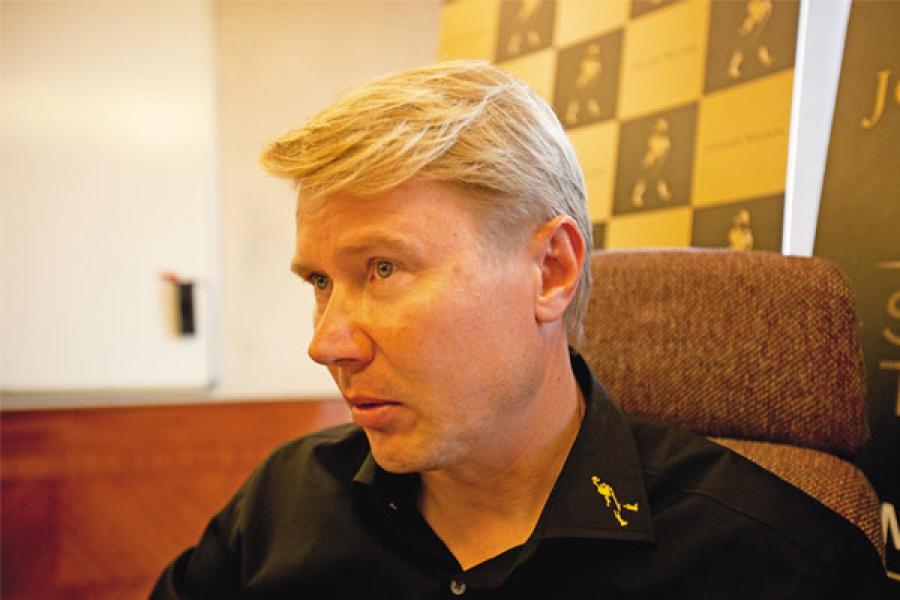 How do you see F1 taking off in India?
It’s up to you guys how you do it. Cricket is very big and you guys did a good job. But this is a new sport and has huge publicity and a huge following around the world. How you organise the Grand Prix for the fans, for the teams, for the drivers depends… this is your shot. I would not recommend a mentality that says, ‘Oh we have a Grand Prix, that’s nice’.

How has the sport changed over the years?
Regulations are changing, people are changing. They are getting more professional, they study more about the sport. Drivers who are 16-17 years old have information about tracks, their computers analyse the whole car, they [have] become much more developed on the technical side.

On your rivalry with Michael Schumacher…
He was very tough. He was beating me, I was beating him. We had a great history. We started racing against each other in 1984. He was always very tough to beat, with a very aggressive driving style with only one goal in his mind: To be a winner. Perfect. I liked it. It motivated me.

What went through your mind when you overtook Michael Schumacher at the Belgian Grand Prix in 2000?
It was quite an amazing situation. Over many laps, I had tried to overtake Michael at the same spot. We had had quite a fight earlier [in the previous race] and not necessarily a fair one. But it was racing and I got a bit upset. So I started taking more risks to overtake him.

The corner before that straight stretch, with that moment when the tyres are almost finished and the car has done over 200 km, I took the big risk at the corner at nearly maximum speed. I managed to do it. Luckily, I saw the Brazilian driver who was going slow in the middle of the track. I thought, ‘Ya, I got a chance here’. I wasn’t sure if Michael would overtake from the right or left and he decided to go on the left. There was only one option left and I went to the right and it worked wonderfully. It was a fantastic feeling.

How important is mental fitness in a sportsman’s life?
You just have to be very tough with your mind. You experience massive disappointments in Formula One. Things don’t go right, or the way you want them to; 80 percent of the time it is failure. If it’s a rainy day, you have to tell yourself, ‘Ah maybe tomorrow it’ll be a sunny day’. You can’t say, ‘It will be a rainy day tomorrow as well’.

What happened in Monza in 1999 that made you break down?
Before that Grand Prix, I was terribly ill, but I didn’t want to say anything. It sounds like an excuse. I made a mistake and that made me very upset. Because I knew what was wrong with me, I was not giving my 100 percent. But the people didn’t know it. And if I told the media, ‘Hey, my nose is running today and I am not going to do well this week’, it’s not very clever, is it?

Tweets by @forbes_india
Podcast: The Tablet Has Arrived
Indian Steel Companies May Unite for Cause