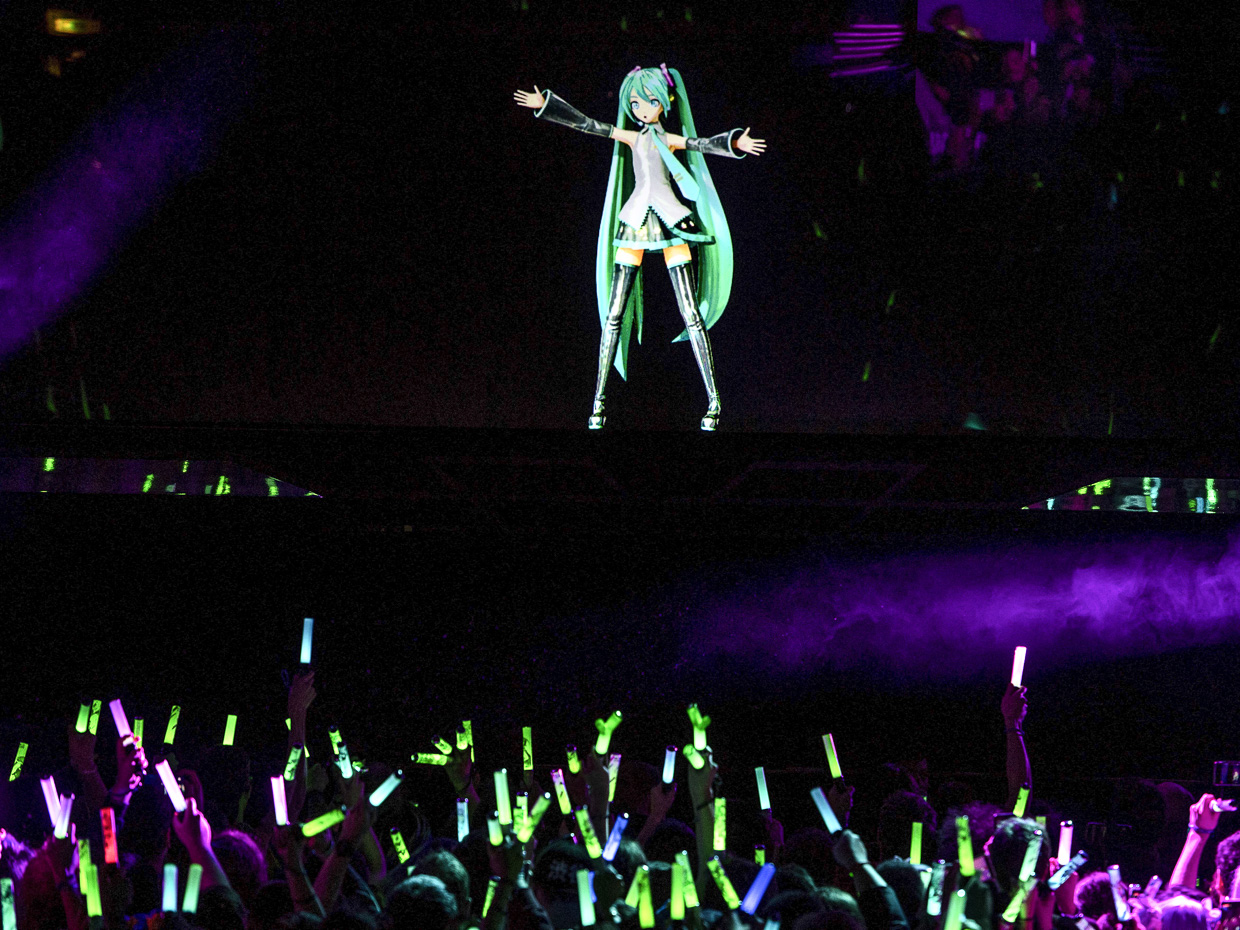 Japanese virtual singer Hatsune Miku—an animated 16-year-old with saucer eyes and lengthy aquamarine pigtails—performs on stage during a concert at the Zenith concert hall, in Paris. One of Japan’s most famous pop stars, Miku is a singing voice synthesiser featured in over 100,000 songs and has performed sold-out 3D concerts worldwide. Miku has gone from being a vocal synthesiser to a collaboratively built cyber celebrity with a global user community