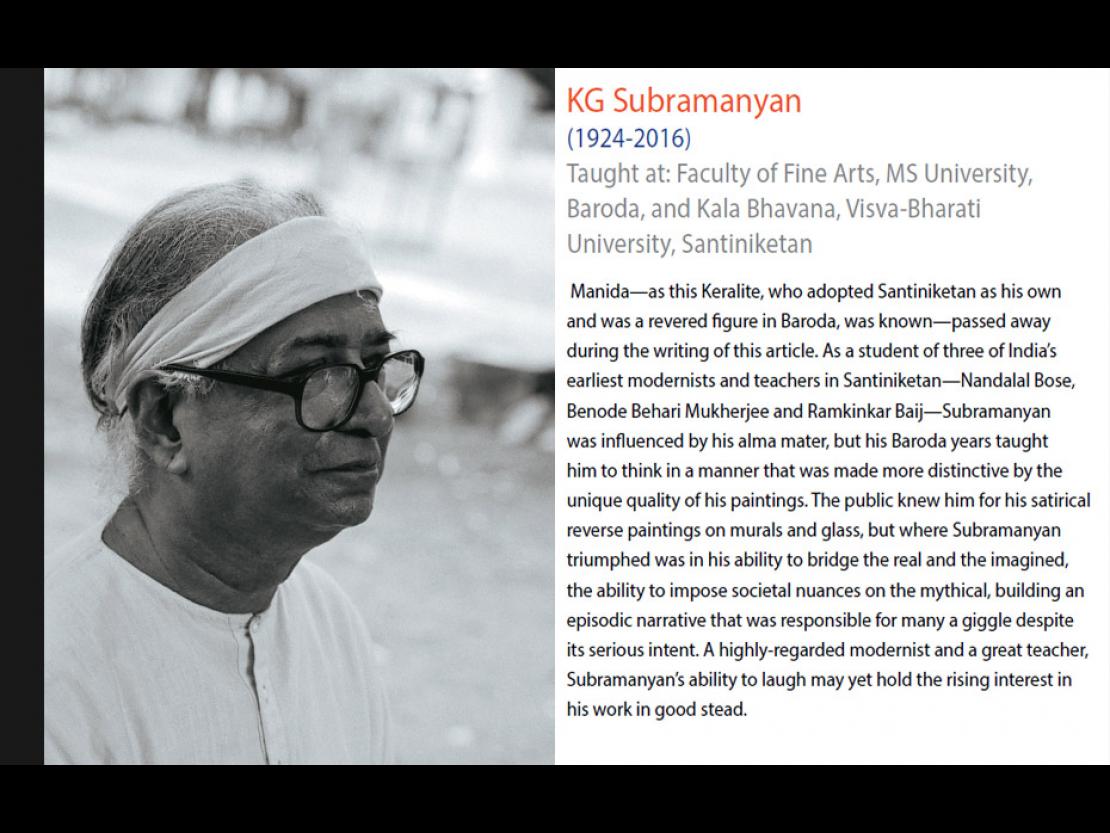 Manida—as this Keralite, who adopted Santiniketan as his own and was a revered figure in Baroda, was known — passed away during the writing of this article. As a student of three of India’s earliest modernists and teachers in Santiniketan—Nandalal Bose, Benode Behari Mukherjee and Ramkinkar Baij—Subramanyan was influenced by his alma mater, but his Baroda years taught him to think in a manner that was made more distinctive by the unique quality of his paintings. The public knew him for his satirical reverse paintings on murals and glass, but where Subramanyan triumphed was in his ability to bridge the real and the imagined, the ability to impose societal nuances on the mythical, building an episodic narrative that was responsible for many a giggle despite its serious intent. A highly-regarded modernist and a great teacher, Subramanyan’s ability to laugh may yet hold the rising interest in his work in good stead.