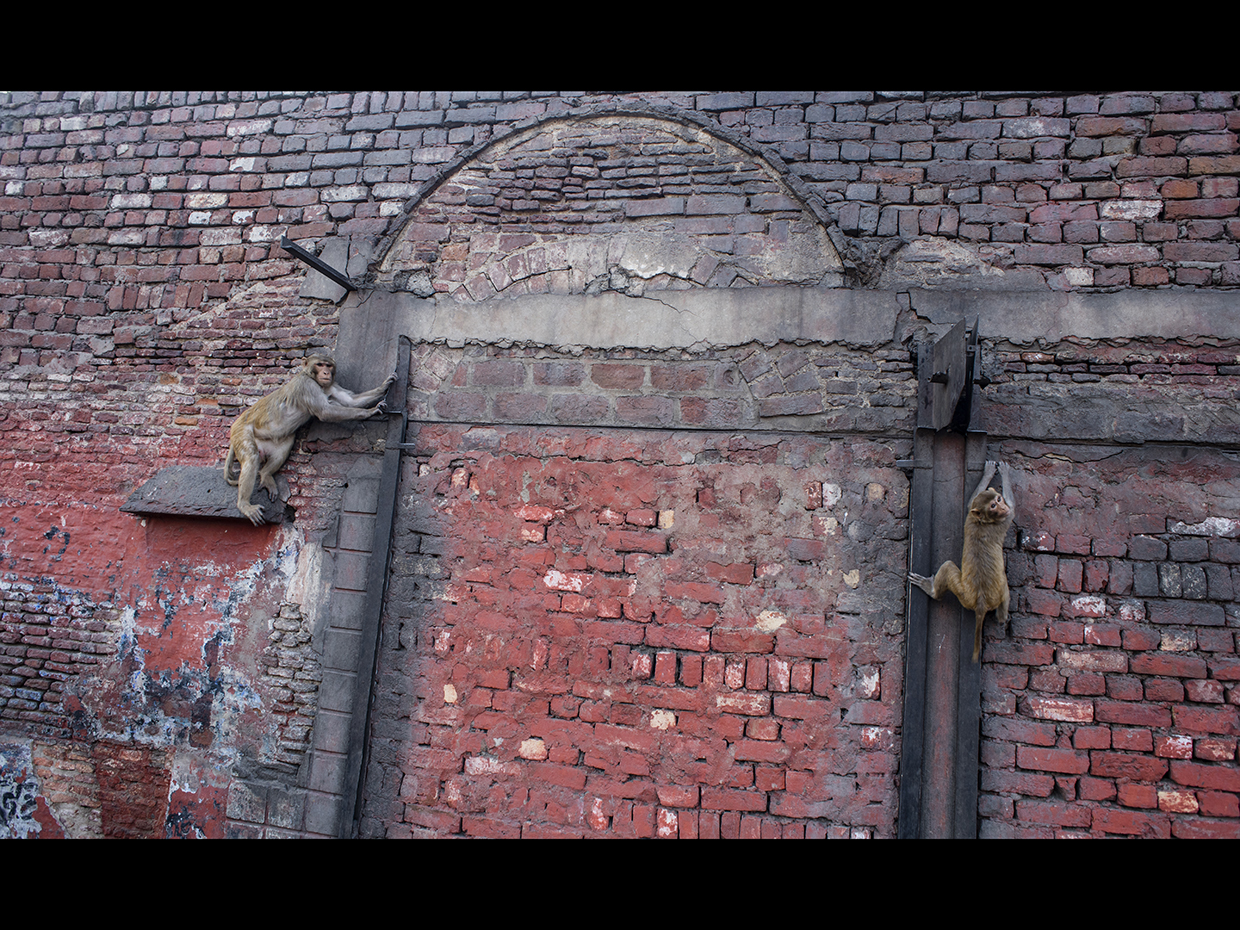 Monkeys sat on roads and climbed walls in a residential area outside Taj Mahal on February 23, 2020 in Agra, India. Authorities had made elaborate security arrangements in the city ahead of US President Donald Trump and his familys visit to the iconic Taj Mahal, a  17th-century mausoleum built by Mughal Emperor Shah Jehan that draws millions of tourists from India and abroad annually. The UNESCO World Heritage Site is being specially spruced up for the occasion and authorities had even deployed five langurs in addition to over 120 security personal to tackle local monkeys who often prove to be a nuisance for visitors.