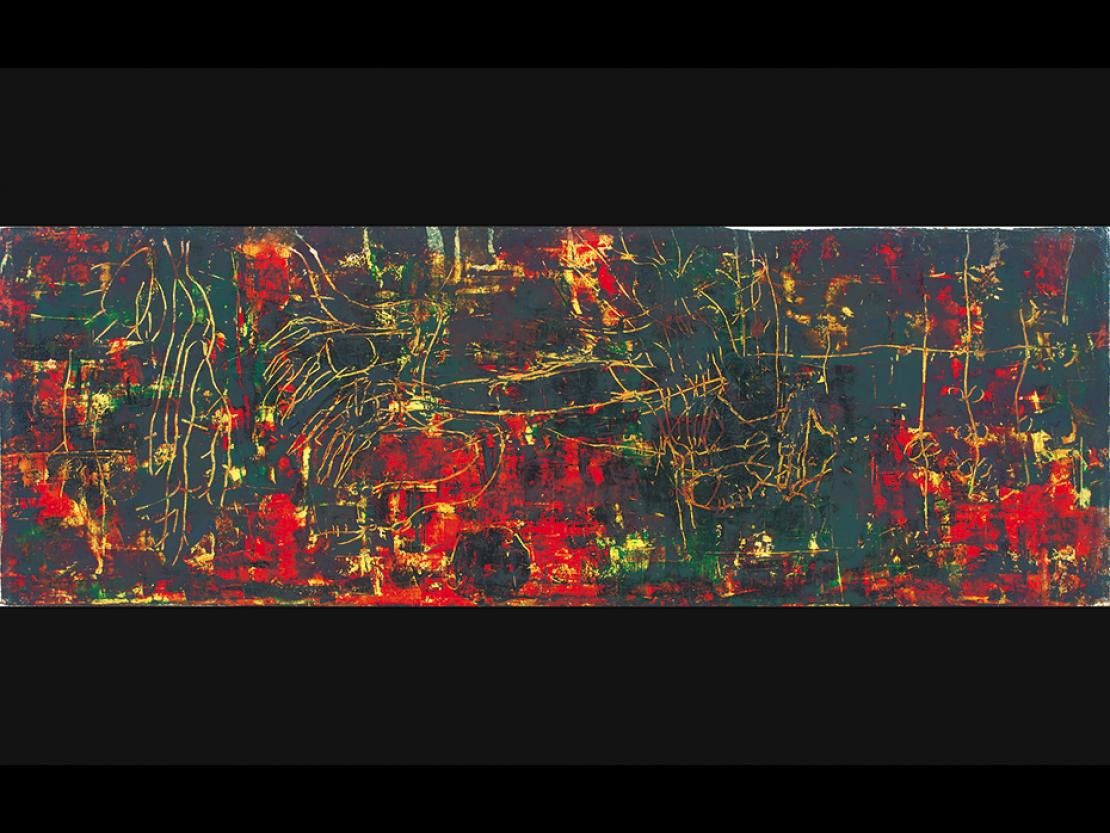 Part of the Group 1890 charter was to have artist representations from all over the country, and Reddappa Naidu seems to have been its choice as symbolic of the south, even though he hardly subscribed to their views, almost never attended meetings, and was not even present when the group members had their official photograph taken. Naidu’s choice of practice—mostly mythology—seemed unlikely to align with the group’s view of an indigenous modernism that was abstract but also progressive. Not that Naidu was not outspoken, claiming he owed nothing to ‘the masters of the past or the present, of the East or the West’, but his work did not really fit into the group’s philosophy of the image being the prime reason for their practice, with no context or subtext or, indeed, moral ascribed to it. Naidu mostly stayed away, a silent member of the group who is now only remembered as part of its history.

Untitled Oil on cardboard pasted on Masonite board 1962