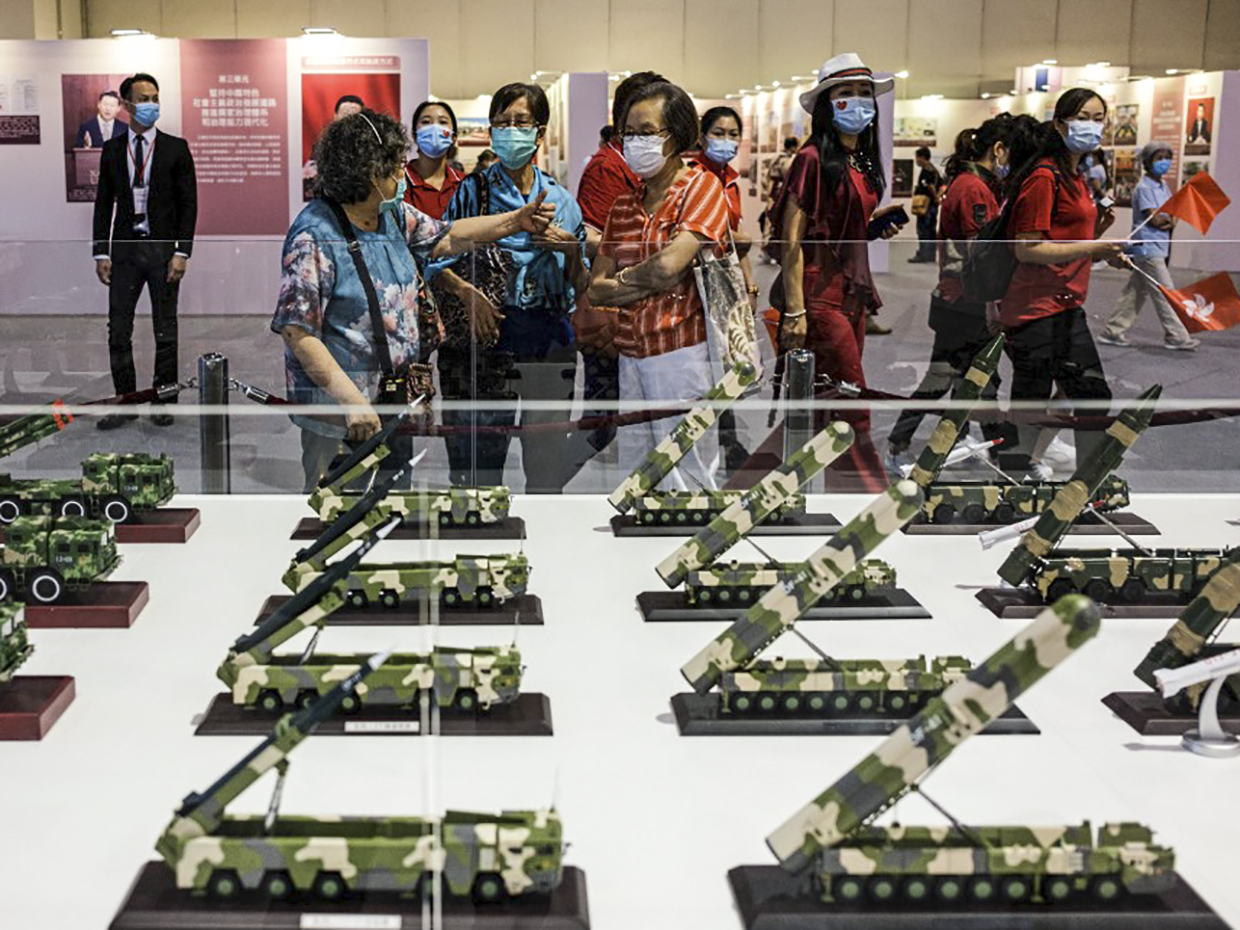 Miniature models of military vehicles on display at an exhibition at the Hong Kong Convention and Exhibition Centre in Hong Kong celebrating the 100th anniversary of the founding of the Communist Party of China, July 8, 2021. This is first time high-profile events have been put on for the party anniversary in Hong Kong. Last summer, the CCP implemented a national security law for Hong Kong that has destroyed its judicial independence, the safety of its businesses, and imprison would-be protest organisers as well as the journalists who cover them.