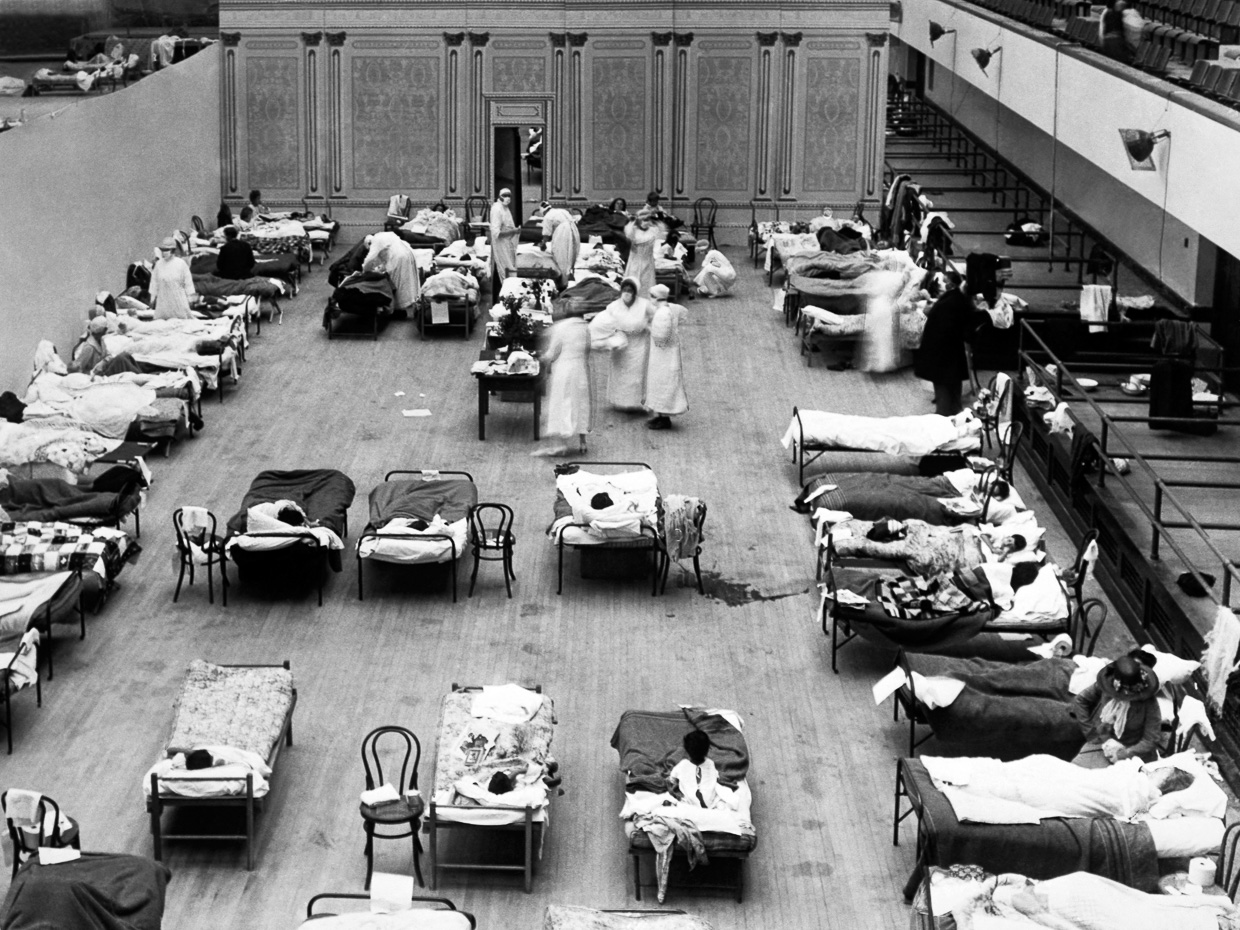 FLU AND THE SISTERS

The influenza virus struck in 1918, first observed in Europe and the USA before swiftly spreading around the world. It would infect an estimated 500 million people worldwide—about one-third of the planet’s population—killing up to 100 million. Philadelphia became the American epicentre of the pandemic. When the Red Cross warned that there weren’t enough nurses, nuns responded to the call, leaving their cloistered convents. Dressed in white gowns and gauze masks and navigating the unfamiliar streetcar system of the city, the religious sisters signed on for 12-hour shifts, seeing it as a fundamental part of their call to nurse the sick, irrespective of creed and colour of the victims. As the sisters engaged the population outside convent walls, nursing and volunteering really came into their own, proving there was no greater philanthropy than the spirit of self-sacrifice.