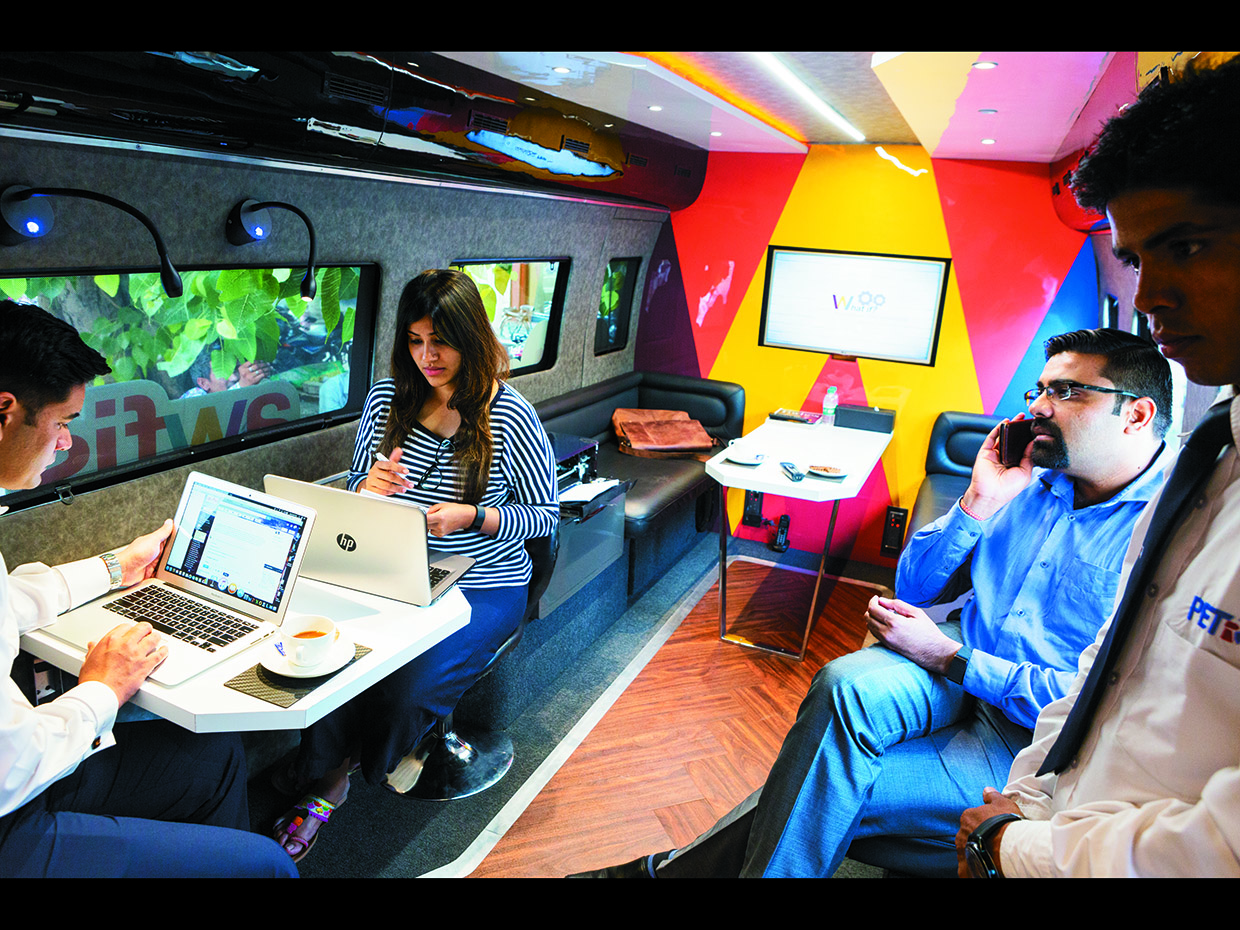 12/17
Mobile Awfis
Anywhere
Delhi
Amit Ramani, founder and CEO of Awfis, believes this is the future of working. His efforts at making the daily commute a more productive one has taken the shape of an eight-seater van—launched last October—equipped with Wi-Fi, teleconferencing facilities, printers, CCTV, washroom and pantry. The van is available to Awfis members on hourly and daily rental plans. After receiving an enthusiastic response, Awfis is going to launch similar SUVs for smaller teams.
In April, Awfis received $20 million in funding from Sequoia Capital.