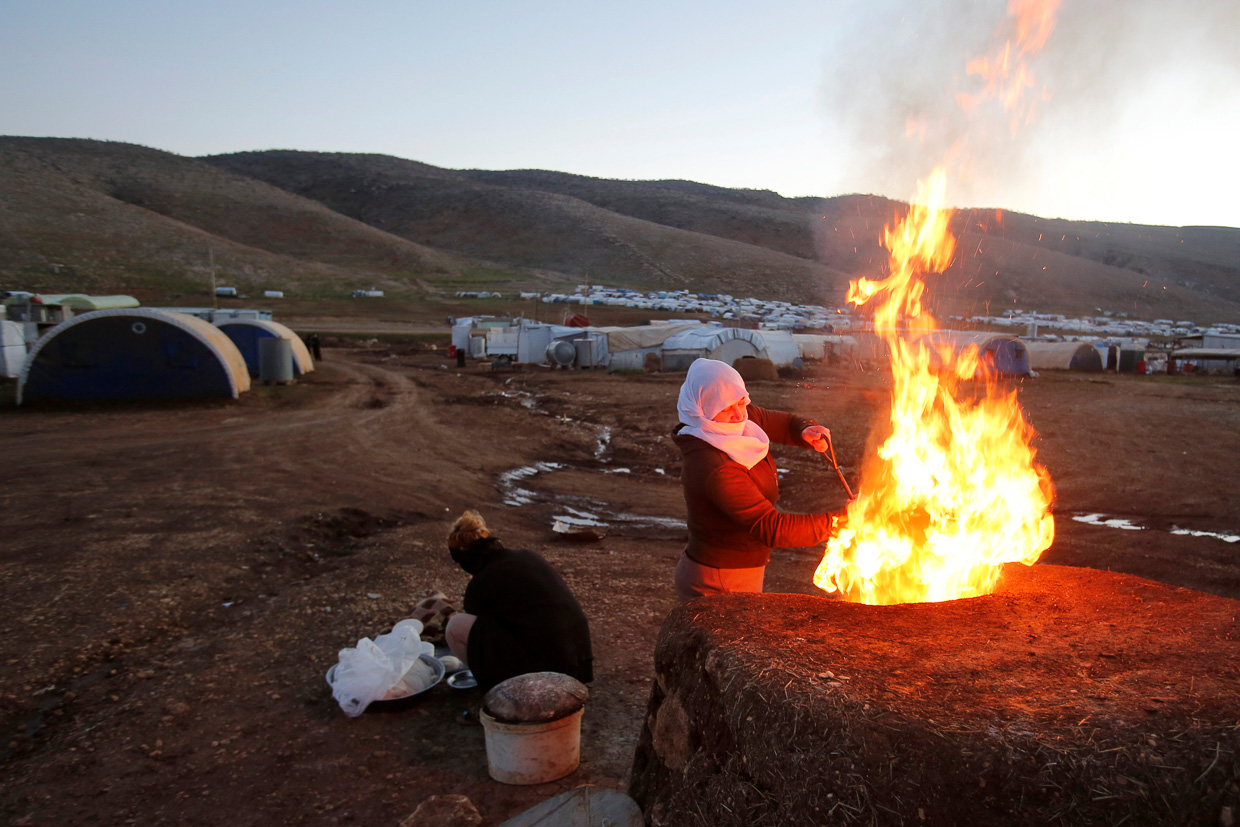 A Yazidi woman makes bread at a refugee camp in Mount Sinjar, Iraq. Yazidi women were brutalised by IS in Syria. The conflict in Syria, now in its seventh year, was the world’s biggest producer of refugees (5.5 million).Many Syrians have been forced to leave their homes, often multiple times, making Syria the largest displacement crisis in the world with 6.3 million people internally displaced and almost 4 million people registered as refugees in neighbouring countries like Turkey, Lebanon, Jordan and Egypt. Turkey hosts over 2.9 million registered Syrians in the 21 government-run refugee camps.