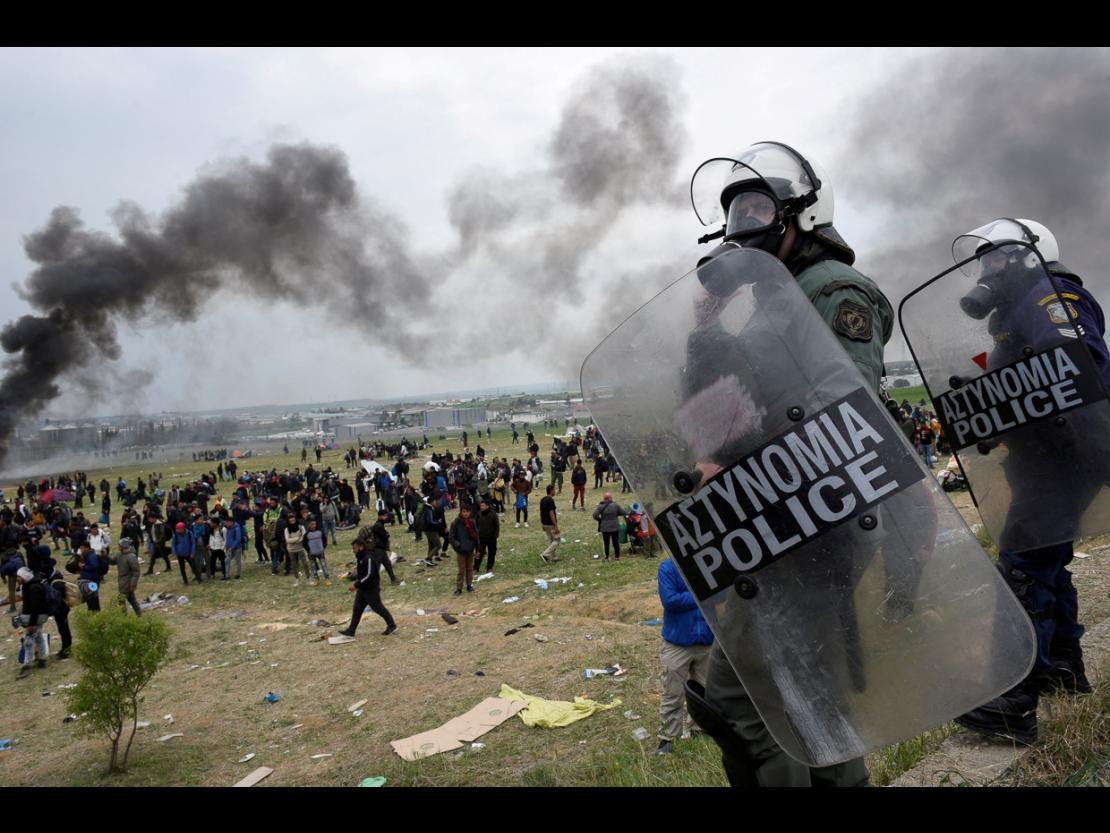 Riot police officers clash with refugees headed to Northern Europe outside a camp in the town of Diavata in northern Greece. The EU reached a deal with Turkey in 2016 that saw a decrease in the number of people crossing over to Greece. Under the deal, anyone who arrives on Greek islands must be returned to Turkey unless they qualify for asylum. In recent months, the campaign group Human Rights Watch (HRW) has reported allegations of violence at the Greece-Turkey land border as refugees and migrants are "pushed back" into Turkey by the Greek authorities