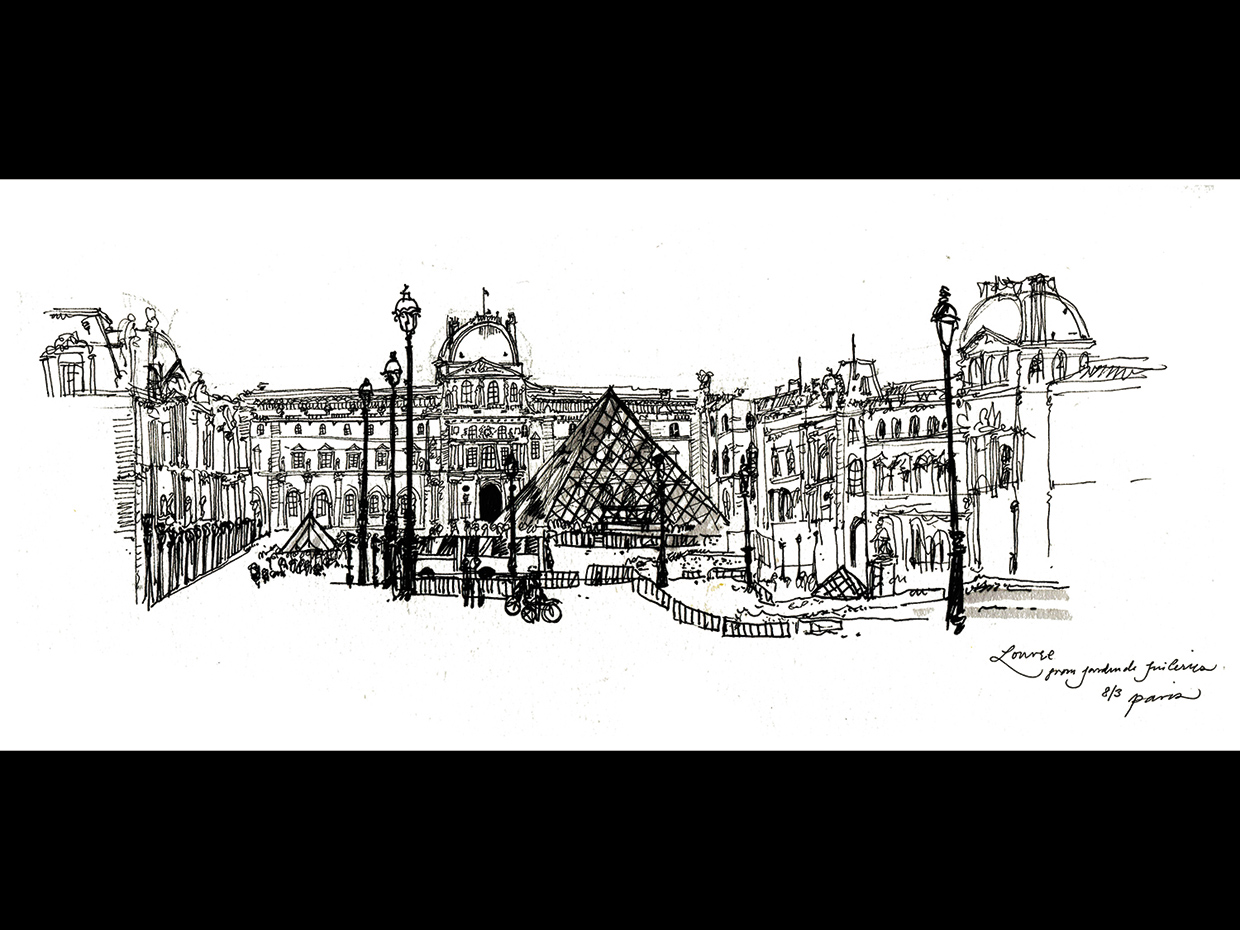 Musée du Louvre, Paris, France: March 2014
In 2014, I was lucky enough to go for an exchange semester to Reims, a small city in France.

In my five months there, I never ended up going inside the Louvre. It was, sort of, a conscious decision. The crowds at the Vatican had really put me off, as did the crazy queues for the Louvre. I had the option of spending precious time in lines or going to actual places where famous paintings were made: I chose the latter. The sun went down while I sketched and, the sketch became visibly colder (shakier) towards the right side.