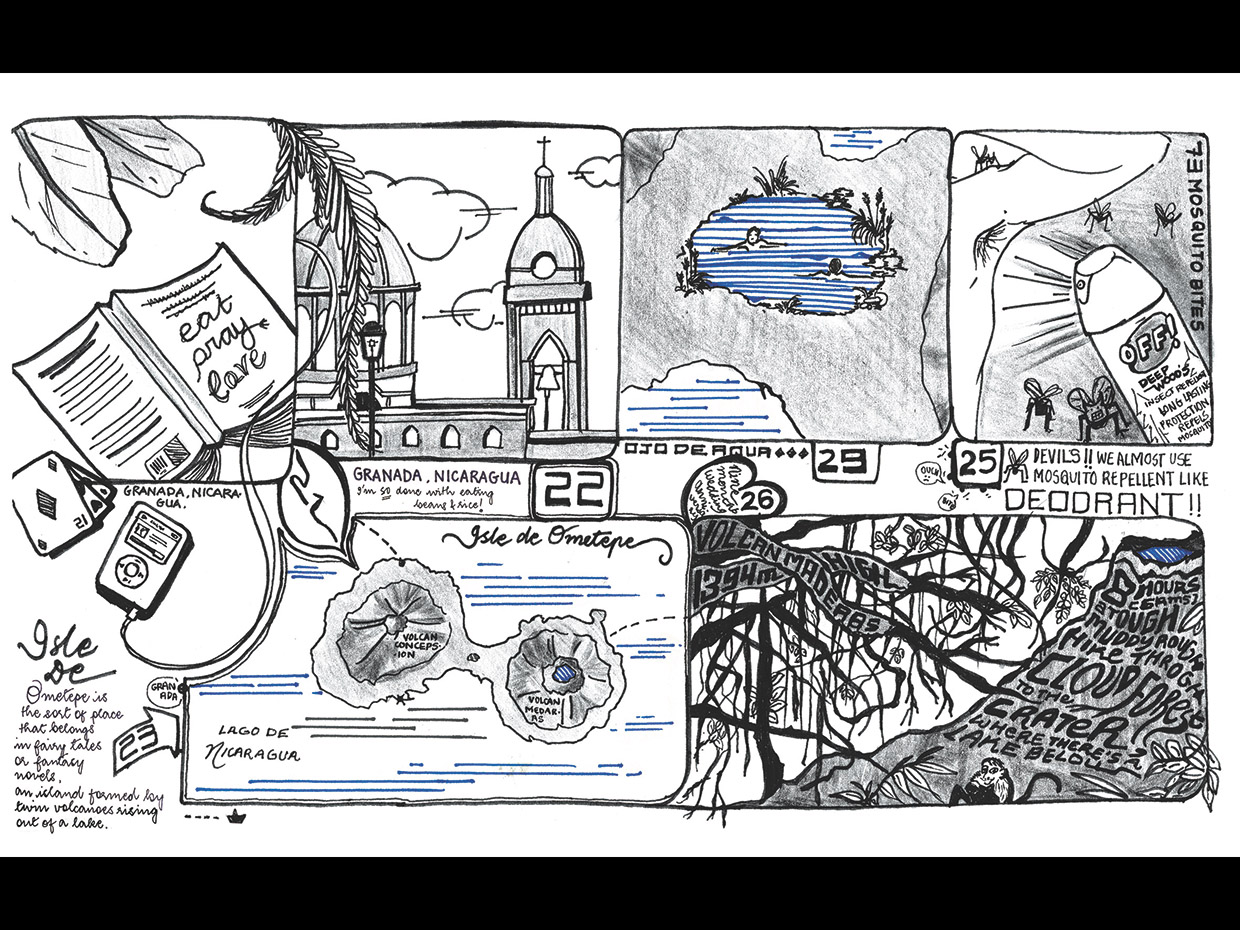 Isla De Ometepe, Nicaragua: 2008-09
In 2008 I went backpacking in South America for five months. Every single day was a crazy adventure. This is a glimpse of one such day, on an island with two volcanoes whose lava gave it a form of two half-fried eggs. To swim in a crater lake inside the dormant volcano, we had to trek to the top of the volcano for hours through a dense forest, and come back down; all in a day. As I sat counting my mosquito bites, I knew this would be one of my best travel experiences ever.