The senior director, and head of engineering and business intelligence at Uber speaks about the challenges of nurturing female managers, and how the company is becoming a better place for women 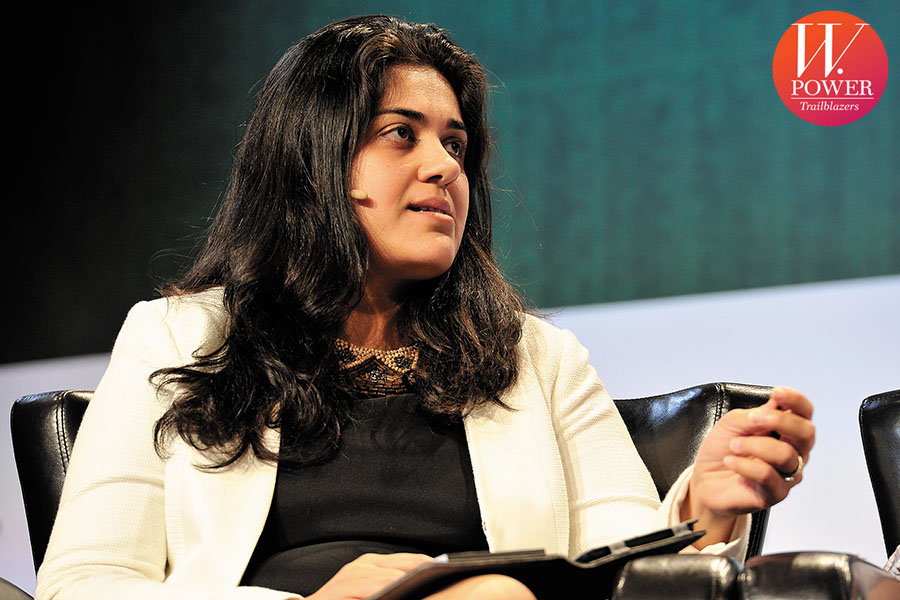 On a visit to Hyderabad, she spoke with Forbes India about the obstacles she has had to overcome, her work with women, and the public storm that Uber’s former CEO Travis Kalanick left for the team to weather—allegations of ignoring hundreds of harassment claims, objectifying women employees, invoking gender biases and giving Uber an all-round disgraceful reputation for women at work. Excerpts:

Q Growing up in a traditional Indian family, you had to battle various stereotypes to pursue a career in technology. Can you tell us about your journey?
I come from a conservative family, people who were loving, but not necessarily giving me the right feedback. Back then, travelling 200 km to study, staying in a hostel, was all a no-no. I distinctly remember crying, trying to convince my family this was the right thing for me. I was very clear that sitting in a society with tight norms is not going to work for me. I wanted to do something different.
My family’s concerns were mostly around safety. When I look at it, I see that the growth of many women is stunted by this concern and we need to tackle the root cause of it. For me, however, computers became the key to my independence. Coding was like my version of video games. You have to think, analyse, solve problems—and if the code doesn’t work, it becomes even more engaging, to the extent that you forget everything else until it does. Soon, it became the answer to me becoming self-dependent, and finding some purpose in life. My parents had to convince my relatives that this was okay.

2019 W-Power Trailblazers listI graduated in computer engineering, and I started doing a job, which was another big taboo. It was considered that if a woman did a job, the family was poor. We had to break through that notion as a family, and my father fought many of these battles for me.

Q What has changed for women in technology between now and then?
It has become better from those days, when it was questionable whether or not a woman would even try to get into college. But in some factions, it has not yet. Even once you graduate, entering the workforce is a different ballgame. You deal with unconscious biases, without even recognising them as such, and end up blaming yourself. I think the biggest hurdle still remains when women assume that certain failures are their own, but, in fact, are more to do with their circumstances.

The other piece is just lack of support. I’ve seen this at Uber, at VMware, and everywhere else too, where women face challenges but don’t reach out to each other. Perhaps because there aren’t enough of us, women end up thinking their struggles are unique to them. If I could send one message to women, it would be this: Anything you are going through, someone else has already faced and figured something out for it. Reach out. My biggest apprehension is with women who don’t, and end up leaving the workforce early as a result.

Another problem is that even as you grow within an organisation, people with the best intentions overlook you for critical projects. There’s a lack of opportunity to show your potential. That’s something we need to work on. How do you solve it when you aren’t even given the opportunity? That’s a big reason women have a hard time scratching the glass ceiling, forget breaking it.

Q Would you say you have had to work extra hard as a woman to counter this perspective and prove yourself?
I think all women have to work doubly hard. You have to make your contributions very objective, very black and white, to avoid any arguments around it. I have root-caused this to the fact that people have just not seen enough women in the workforce. Women tend to think and act differently, and that’s often seen as them not having the right kind of ‘executive style’ or calibre. But if there are more of us, and if there are different kinds of us—you could have pink hair, for instance—it would teach people that there isn’t one correct style of leadership.

Many times, our soft-spokenness is not considered a good managerial approach. At other times, if we try to move towards being very direct, it’s considered abrasive. It’s a tight rope we walk on. Often, I see interview feedback like ‘she’s great, she has the technical skills, but she was unable to articulate her problems’. Women have different styles of communicating, and men have to get used to that.

Then there’s a hard challenge that I still haven’t figured out—where you have women in the organisation and you see full potential in them, you want to promote and encourage them, but they don’t want that from you. Then you’re struggling with this ethical dilemma: Am I pushing too hard? What is real freedom? Freedom is doing whatever the person wants, not forced empowerment, when they are okay with what they are doing. That’s a piece I need to figure out, especially with the promotion cycle going on right now.

Q Uber has been accused of being insensitive to its women employees, with serious allegations of ignoring harassment, gaslighting and propagating gender inequalities. What are some of the lessons you have learnt, and what has changed?
One of the things I’ve learnt is sometimes the issues are deeper than they seem, so you need to spend more time with women to understand the depth of what’s going on. It may be local to that particular team or group, and others might not be aware or be able to understand it. Many women felt like the Uber these women were describing was not the one that they worked at. But it happened. So as a company, we started focusing heavily on having various support systems in HR, legal, immigration policies etc, so people could describe what they were facing. We realised we need to create not just an engineering excellence team but supporting functions as well. One thing I’m proud of at Uber and of Dara [Khosrowshahi, CEO of Uber], is that we are now quick to realise what we are missing, and we are not afraid to acknowledge our mistakes. And we work hard to improve them.

Our performance review is now radically different. There were various levels of issues, even with gender pay inequality—and not just gender, but equal pay for equal work as a whole. While we fixed that as a ‘one-time’ investment, I see that the levelling itself is wrong across the industry. At Uber, we made a conscious effort to relook at the levels of our women. In my 21 years, this is the first time I’ve seen a company go to this length. We’ve set a process where these things are caught on a day-to-day basis. Many companies revise their promotion process such that more women are promoted, but what they miss out on are the women who aren’t even nominated for the process. We have made algorithmic ways to identify certain people with tenure; the system flags them, and it triggers a dialogue with the manager about why they are not getting promoted, whether there are opportunities for growth we are missing, does he or she need a mentor.

Q What kept you motivated at Uber during this storm?
You have faith in the system if it’s ready to listen, and acknowledge the problem. I’m very proud to say that Uber was. It didn’t shy away from the problems. Dara openly made a list of things we had to fix and make a priority. And they were willing to listen to ideas from the ground. If they were superficial fixes, I would have left, because I fundamentally believe that you have to fix things by listening to people on the ground. That’s where the real problems and solutions lie. 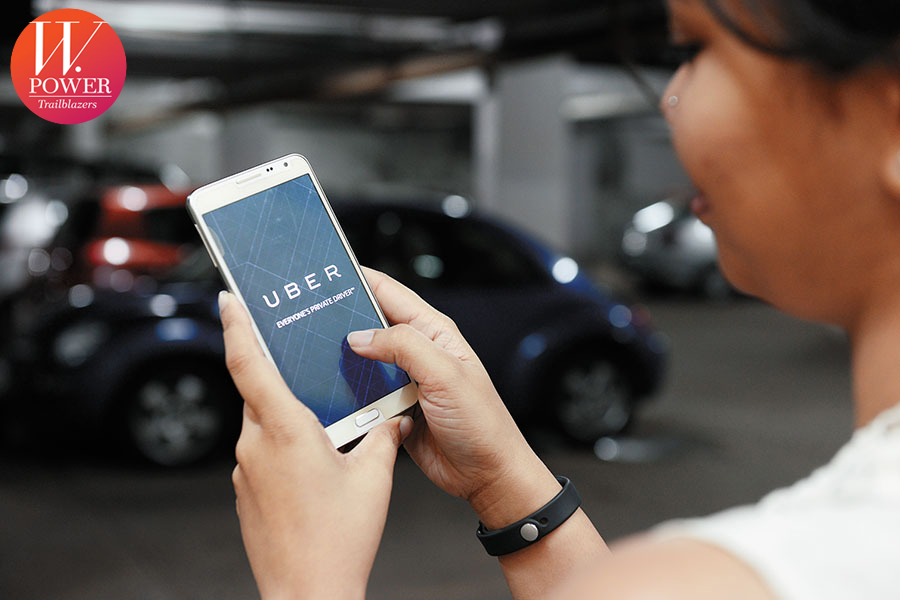 Q What initiatives has Uber undertaken to encourage women to build communities?
Recently, we’ve started what we call the Uber sponsorship programme, and this is different from mentorship. As a mentor, you give advice, but you are not personally vested in the success of the person. As a sponsor, you are literally investing time to identify opportunities that enable the person to rise to the next level, you are advocating their work, and so forth. Every executive in Uber at a certain level has to sign up to be a sponsor, and they have to pick one minority community person to start with, and help them grow their career.

We also have a fun internal group called #LadyEng, which predates me. It started out with the women engineers coming together for lunch to discuss what they’re working on and their issues, if any, but it has really evolved. The girls now want high quality content. So when we meet, we call external speakers so they get a perspective on what is unique to Uber, and what are the challenges that are not unique to Uber. For instance, I get questions as nuanced as, ‘If my manager doesn’t understand my value, should I continue to work there and improve him, or should I just move on to another team?’

It’s a programme that’s grounded in day-to-day challenges. But it led us to define certain key performance indicators (KPIs), beyond our regular business metrics. For instance, we now measure ourselves in metrics such as how many women we have retained within Uber. Only when we retain existing women can we say we should have a better hiring pipeline for women, otherwise it’s a leaky pipeline.

Q What advice do you have for aspiring women leaders?
I personally feel that we don’t approach our careers in the way that men do. Men tend to carve out a brand for themselves, and they don’t let the world define them. Women, largely, just work hard and try to do the right thing every day. But sometimes that’s not enough. You need to know where you’re going and not be bogged down by failures. Have a clear purpose, and move towards it—and don’t let anyone else define you.

Tweets by @forbes_india
Uber's secret goldmine
Mary Kom: Packing a punch, even at 36