Will the layoff spree continue in 2023?

While most companies are shedding the flab they piled on in 2021, layoffs seem to be tapering off, and the next year can begin with cautious hiring 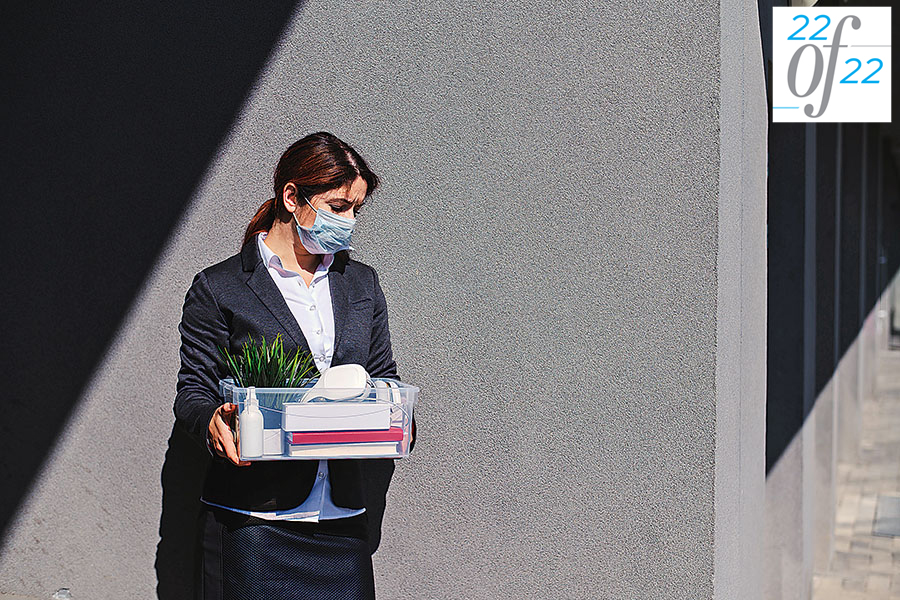 With each passing day, a new company is joining the layoff spree

Every day, for over a month, 29-year-old Aditya Sharma (name changed) has been applying for 30 jobs or so. Like many others, in the first week of November, Sharma was handed a pink slip by Byju’s, where he was the sales business development manager for more than five years, and worked long hours to meet targets. He is now struggling to find another job, as offers come either with half his earlier salary or he gets rejected because he was laid off.

“During interviews, when I mention I was laid off, the employers don’t give me the job or ask me to adjust to a lower salary, blaming me for not performing well enough in my previous company,” says Sharma. Following a decrease in its revenue, edtech giant Byju’s laid off 2,500 employees, about 5 percent of its 50,000 workforce.

By some estimates, nearly 16,000 employees have been laid off by 44 startups, including the ones with unicorn status (valued at $1 billion or more) like Chargebee, Cars24, LEAD, Byju’s, Ola, Meesho, MPL, Innovaccer, Udaan, Unacademy and Vedantu. Edtech has laid off the most employees, with 14 startups in the sector sacking about 7,000 employees in 2022.
It’s not just startups that are laying off people, but also IT services companies. While job cuts at global companies like Meta and the Elon Musk-owned Twitter have affected Indian employees, hiring in the Indian tech industry was 18 percent lower in October compared to a year ago, according to Naukri JobSpeak, an index that measures month-on-month hiring trends, based on recruiter activities on job portal Naukri.com.

Experts have cited funding winter and restructuring as reasons for layoffs. Meta CEO Mark Zuckerberg said that in the new environment (post-Covid), “we need to become more capital efficient”; Meta has said it will fire 11,000 employees, or 13 percent of its workforce.

According to news reports, Netflix, Meta, Amazon, Microsoft, Google parent Alphabet, and Apple have lost a collective market value of $2.5 trillion. Of all the companies, Meta ranked the highest, where the company lost about $640 billion in market cap.

The primary reason for the layoffs this year is the over-hiring that took place in 2021. While a whole host of macroeconomic factors can be considered, the flab that enterprises had gained in 2021 is the element to focus on, explains Kamal Karanth, co-founder of Xpheno, a specialist staffing company. “While losing flab as a correction was always on the cards, the runway for it seemed longer with a buoyant market action. However the runways shortened and the urgency to resize and restructure was triggered by the funding freeze and mounting margin pressures. Enterprises had to fast track the corrective resizing amid the larger global slowdown.”

Globally, 930 tech companies have laid off 1,46,407 employees in 2022, according to Layoffs.fyi website, which compiles data from public reports and tracks layoffs.

Some companies have taken the tough call to restructure their entire workforce to navigate this year and that was the primary reason behind some of the layoffs. However, these were nowhere close to mass layoffs, explains Viswanath PS, MD & CEO of Randstad India. “In fact, what we have seen in 2022 is a ‘hiring slowdown in slow motion’ due to recessionary fears as opposed to a ‘sudden downturn in hiring’ which we saw during the peak of the pandemic. This is because of the doubts in the minds of decision-makers as to how deep and how long the recession is going to be. Hence, they took precautionary measures on hiring decisions.”

For those who have lost their jobs, however, it’s a very different story. It puts them in self-doubt. As per the Holmes-Rahe Stress Inventory, a scale used to estimate people’s vulnerability to major health breakdowns, losing job ranks among the 10 most stressful life events.

However, during a time when companies are choosing to cut jobs to save costs, IT services major Accenture has promoted over 60,000 employees in India out of 157,000 promotions that it distributed globally during FY2022. The number of promotions grew rapidly in the last one year when the tech talent war gained momentum. Indian IT giants Infosys, TCS, Wipro and HCL are expected to hire a total of 1.57 lakh freshers before the end of this fiscal year.

The last two and half years have failed and challenged many predictive models and forecasts. However, the current trajectory of active talent demand in the tech market is seen inching up after plummeting to a record low in September 2022, explains Karanth. October and November have stopped the downward slide of action and a shallow U-shaped recovery is in play. The non-tech sector hiring has come to the rescue of overall hiring demand and action. “The way forward will be one of cautious expansion hiring and capacity creation going into the next fiscal. While the current wave of corrective layoffs in tech will tail out over the rest of current the fiscal, the new fiscal will begin on a comparatively better note on hiring. A return to pre-pandemic normalcy on hiring action will be on the cards in the first quarter of new fiscal.”

Tweets by @forbesindia
Photo of the day: A devastating blow to women's rights
Digital wave in education