Ducks in a row is an over-rated belief. At times, you have to embrace everything that comes your way, much like Moneet Chitroda, 28, did 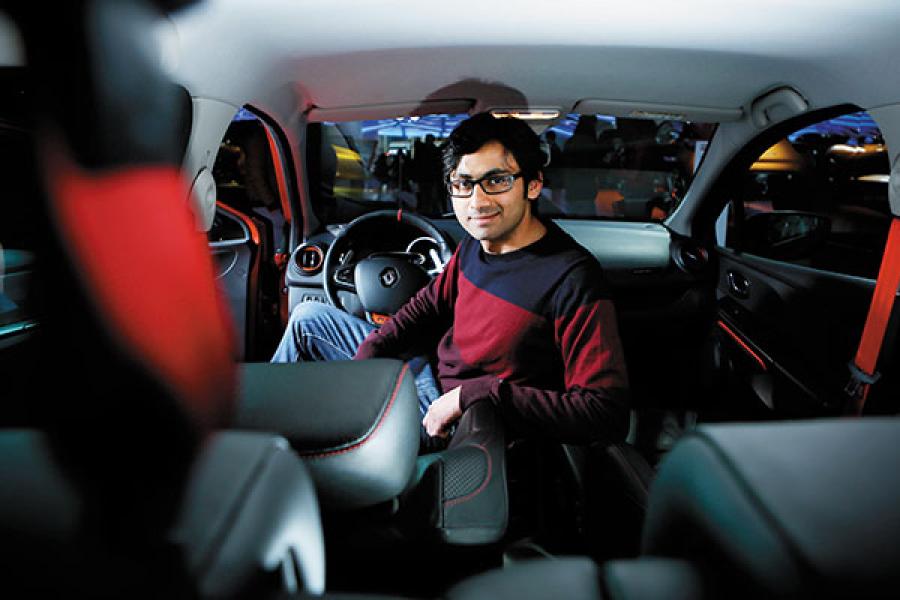 Image: Thomas Padila / AP Photo for Forbes India
Moneet Chitroda feels that the inside of a car has a lot in common with motorcycles—lots of exposed parts with lots of connections to the vehicle

Right from the beginning, it seemed like a bad idea. Moneet Chitroda wanted a Yamaha RD 350.

If you remember, the RD 350 is an iconic motorcycle. In the boring 1980s, it redefined the term ‘macho’ and ‘toughie’ in this country—the motorcycle was faster than anything else on two wheels; it was expensive and had two barrels instead of one.

But, you might also recall, the RD 350 failed miserably in India. It had poor fuel efficiency and maintenance costs were terribly high. But teenagers can’t—aren’t supposed to—see reason. Which is why Chitroda, a 19-year-old, second-year student at the National Institute of Design in Ahmedabad, wanted a Yamaha RD 350. “It was like a kid looking through the glass of a toy store staring at his fantasy,” he says.

Of course he finally got one—a 1983 Yamaha RD 350B high torque. At Rs 16,500, it came at a steep price. A cousin lent him the money. And Chitroda was in love, a pretty expensive romance if you will.

Inevitably, like most teenagers, he hadn’t budgeted for the upkeep. “The motorcycle needed a complete overhaul and soon the engine gave up. I kept searching for, and procuring, the best possible parts one by one with my savings,” he says. “Each day in my backpack, there would be a few parts ringing. I was the joke of the campus, when people used to ask me, so which part of the bike is in your bag today?”

To fuel the passion, he needed money. “I did some logo designs and graphic designs to keep up with the cash flow. So it was everything from perfume bottles to furniture to spaces and motorcycles,” he says.

This story had played out 10 years ago. Today, Chitroda, 28, is a senior designer (interiors) at Renault Technocentre in Paris. He is the youngest senior designer in the Renault design group globally—the group comprises about 100 designers. That’s not all.

He is among the few designers whose job is to not just design a particular part or portion in a car and move on to the next project; he has been entrusted with the responsibility of seeing through his design idea to flesh and blood, to the actual engineering of it.

Here’s how it plays out. In a car design studio like that of a large corporation like Renault, several teams from across the world compete against each other for a project. Once the final design is selected, the designers move on to the next project. Chitroda, however, was held back. Over the last twelve months, he has been working feverishly, negotiating with suppliers in Chennai, both in terms of cost and quality, to design the interiors of a Renault car headed for India soon. The details of this are under wraps.

For Chitroda, it all comes back to the much-maligned purchase of his Yamaha RD 350, when he had tinkered and learned every possible way to get it to work and look good, he says. In more ways than one, a motorcycle is very similar to the interior of a car, Chitroda points out. “There are a lot of exposed parts and you have to know every component and the little connections it has with the vehicle. Similarly, a car’s interior is a mix of essential components and space,” he says.

This wasn’t a connection that was clear to Chitroda right from the day he joined Renault in 2007. “I recruited Moneet based on a portfolio with product and motorcycle designs! I immediately felt in accordance with Moneet’s personality,” says Patrick Lecharpy, design director, Alliance Synergies at the Renault Industrial Design Department. Back then Chitroda was almost always busy doodling motorcycles. But he was open to the challenge at Renault. “Our field is so skill-centric that you are kind of scared. I have been patient and did not run behind the skill factor because then you lose your strengths,” he says.

Chitroda’s job sounds deceptively easy. It isn’t. A car’s exterior designer is similar to a sculptor: A person who’s playing with materials, lines and colours to get the desired effect—aggressive, sporty, lean, boring, rough, the words we use in our daily lives to describe how a car looks.

Now pit that against expressions to describe car interiors. Though people spend far more time sitting inside a car than outside it, the vocabulary is limited to ‘spacious’ and ‘futuristic’. There’s another problem. Being inside a car is like being inside a box, leading to a sense of claustrophobia—and a feeling that you are being poked by heavy, clunky things. And that’s Chitroda’s challenge. 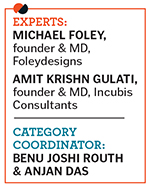 He says the trick is to work with a lot of open lines to give the idea of space, play with the dashboard to convey the idea of utility—of a fast, long drive. “Playing with the dynamic relationships of the forms, elements and materials help to convey or create the desired feeling—cocooned, feeling motion, protected, whilst also expressing lifestyle,” he says.

With so much on his design board at Renault, Chitroda is now almost always busy with cars. Little chance then of him having the time to doodle motorcycles anymore.