28-year-old Raghu Kumar, along with his elder brother Ravi, is overturning the traditional broking business model 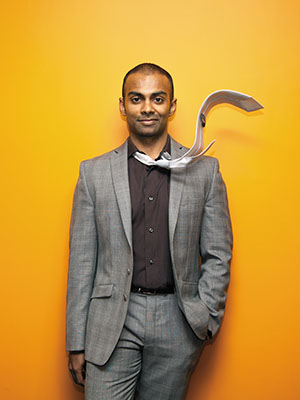 You really can’t make a Wolf of Dalal Street based on Raghu Kumar’s life. There’s not enough drama to fill up even the opening credits. Instead, you could write a story about his precise understanding of the innards of algorithmic trading. There, even Jordan Belfort might be pleased.

Raghu, 28, is one of the three founders of RKSV, a discount broking house that is trying to turn the traditional business model of broking on its head. Instead of charging the conventional broking fee, RKSV takes a flat monthly fee and allows its customers to trade as much as they want. Other players, too, have attempted a fixed-price model in the Indian market but none has had a purely online presence; and the brick-and-mortar component in their operations has translated into huge outlays on rentals and support staff.

But Raghu and his brother and co-founder Ravi Kumar weren’t going down that road. Along with friend Shrinivas Viswanath, they started RKSV as an only online broking house. Over the last two years, it has garnered 15,000 customers who are handled by 60 employees; it is growing at 5 percent every month in terms of traded turnover. Currently, their turnover is about Rs 3,000 crore on the NSE—that is almost 2 percent of the total market turnover. “Now that doesn’t put us in the top position in the market but we are gaining trust and our market share in the industry is only going up,” says Raghu.

Interestingly, Raghu and Ravi entered the Indian market only about four years ago. Brought up in the US, Ravi started to trade in penny stocks when he was only 17. Raghu, who is four years younger than Ravi, studied actuarial science where he trained himself on numbers and probability. He was also influenced by his brother’s passion for trading.

Ravi’s decision to join a broking firm (Thinkorswim) in 2004 was the turning point for the brothers. There he took interest in the forex markets that were open 24x7 throughout the year. When Raghu graduated in 2006, he began to write algorithms which Ravi coded; this helped them trade successfully. They decided to set up their own partnership in trading.

Two years of full-time work earned them around $20 million; it also gave them the confidence to start a hedge fund. However, the 2008 crisis hit them hard; no algorithm could help them crack the US markets. It was time to shut shop and take a break.

At that point, the brothers realised that India was opening up its market for algorithmic trading; there was a buzz about direct market access (DMA) which, as the name suggests, allows institutional investors to gain direct access to the market, thus minimising the broker’s role.

But entry into the Indian markets would entail a greater understanding of India. So Raghu shifted base, staying with a friend in Ghaziabad near Delhi. Shrinivas, who had a job in computer networking with Citibank in New York, decided to join the brothers. They applied for a BSE membership and, in the interim, came to Mumbai where they convinced a broker to allow them to trade via his infrastructure, through a profit-sharing arrangement.

It was around that time that the BSE had started a drive to enroll new members; they had slashed membership fees from Rs 1 crore to Rs 10 lakh. Raghu contacted Balasubramaniam V, chief business officer of BSE, who was looking for young traders. “Raghu had the business acumen to start a broking firm; he had the knowledge of finance and technology. In fact, these three guys had a spark that was rarely seen in young traders,” he says. “Besides, they had traded on the US exchanges. I was confident that these people will bring something new to the table.”

The trio did not let him down. To begin with, they started RKSV with the sole purpose of trading for themselves, or what is known as proprietary trading. They made a profit of around Rs 24 crore in three years. “We were fearless, single and had no commitments,” Raghu says.

In 2011, the brothers felt that it was time to enter retail broking. RKSV decided to adopt the US model of flat monthly fees: It introduced the 1947 freedom plan which allowed customers to trade an unlimited amount of equity for Rs 1,947 per month.
And day traders started flocking to their firm. It also attempted variants, particularly a plan where, at Rs 25, investors are allowed to do a single trade irrespective of the quantity. The project, executed by Raghu, went on to become a success.

RKSV’s topline is around Rs 17 crore because of the flat fee structure. Had the firm used a traditional model, the topline could potentially have been as high as Rs 600 crore (based on 1 paisa brokerage). But then, RKSV is here to disrupt the market. It has figured out a model to survive and grow in an industry that is struggling; the biggest brokers in the Indian markets have become lenders and want to be known as NBFCs. The only pure broker in the Indian market is Motilal Oswal who is concentrating heavily on investor advisory as a business model. Zerodha, a Bangalore-based discount firm, is slightly bigger than RKSV, but doesn’t have many variants and doesn’t allow trading on a monthly basis.

Safe to say, if RKSV continues to grow at the same speed, it may well become the highest turnover player in the next five years. In this, Raghu’s role has been critical. At RKSV, he is a triple threat: He writes algorithms for proprietary trading, works with the business team and, also, handles customer and media communication. “Raghu has a very analytical mind which is critical for our business,” says Puneet Maheshwari, director, business development, RKSV. Shrinivas, who has known Raghu since their university days at the University of Illinois in Urbana-Champaign, calls him a problem solver. 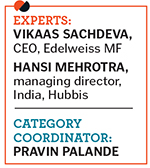 Raghu, meanwhile, has another problem to solve. Once RKSV attracts a certain size, he plans to set his eyes on his next big obsession—sports—by entering the field of sabermetrics, the empirical analysis of baseball statistics. Now, that should be a whole new number game.