Stanford’s brainiest students come to David Cheriton for startup advice—and money. Two of them happened to be named Sergey and Larry 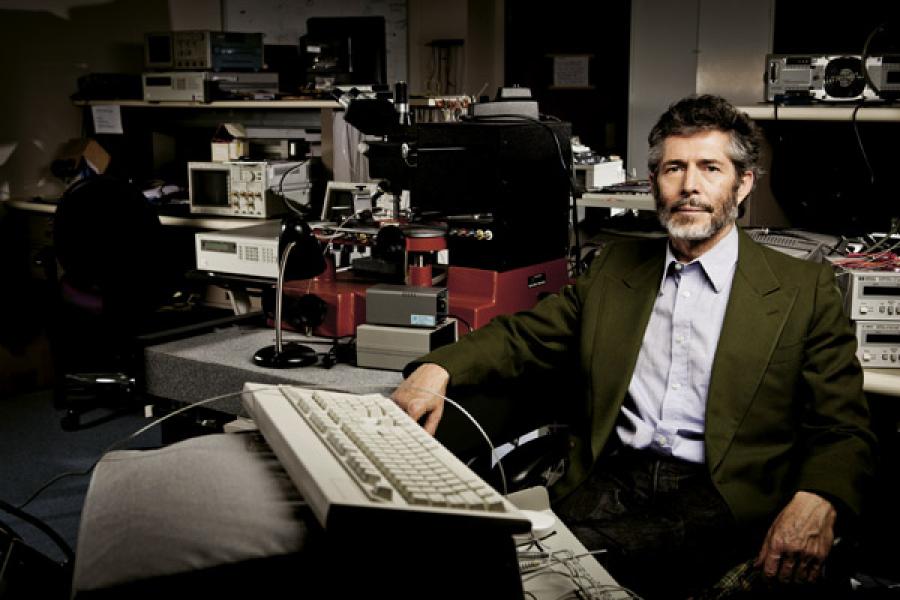 It’s dusk on a crisp January day at Stanford University, and David Cheriton is in his corner office waiting for his weekly research meeting to begin. The last slivers of sunlight filter through the windows, illuminating the pages of Superyacht Living & Style, a glossy magazine Cheriton is browsing through with only the mildest of interest. “I once read that a boat is a hole in the water where you pour in a bunch of money,” says Cheriton. He flips through a few more pages and disdainfully tosses it to the floor alongside a pile of keyboards, cables and cords. “I don’t know why they keep sending me these things.”

With a net worth of $1.3 billion, Cheriton is likely the wealthiest full-time academic in the world. But yachts are not his thing. The Stanford computer science professor calls himself “spoiled” for taking the occasional windsurfing vacation to Maui. When pressed to recall his latest splurge, the best he can come up with is a 2012 Honda Odyssey (“for the kids”). His act of thinking is often punctuated by the clicks of three different-coloured ballpoint pens that he rotates through his fingers.

When Cheriton uses one of those pens to write a cheque to a startup, he usually ends up more in the black than in the red. Far more in the black. The first two companies he founded were sold to Cisco Systems and Sun Microsystems, respectively, for hundreds of millions. In all he’s spent more than $50 million out of his own pocket, investing in 17 different firms, which range from VMware to his latest, Arista Networks. But the topper was a $100,000 cheque he wrote in 1998 to a pair of Stanford PhD students named Larry and Sergey. That cheque alone is now worth more than $1 billion in Google shares. “I feel like I’ve been very fortunate in investing, but I still have the brain of a scrounger in terms of spending money,” he says.

Cheriton, 61, maintains a low profile. Google searches of his name turn up primitive Web pages in Times New Roman, not the LinkedIn and Facebook profiles that have become Silicon Valley standards. (He doesn’t even tweet.) When I asked random Stanford students about him, several paused to think, then asked if his last name is spelled the same way as the Sheraton hotel chain.

That’s the way Cheriton prefers it. He still drives the same 1986 Volkswagen Vanagon he had before he made his money, lives in the same Palo Alto home he’s owned for the last 30 years and employs the same barber—himself. “It’s not that I can’t fathom a haircut,” says Cheriton. “It’s just easy to do myself, and it takes less time.”

For a man who works 10 to 12 hours a day, Cheriton understands that time is everything. His investment in Google allowed college freshmen cramming for exams to cut through the junk that had flooded search engines like AltaVista. His newest company, Arista Networks, makes a data switch that cuts down the delays between servers, allowing bits to be transferred in less than 500 nanoseconds, nearly twice as fast as Cisco’s fastest switch and Juniper Networks’ best. That gives traders on Wall Street the ability to submit their trades nanoseconds before their competitors and gives doctors the capacity to sequence a patient’s genome in real time.

Cheriton has been working on the guts of its operating system since 2004, when the company was founded. Arista, based in Santa Clara, California, is adding at least a customer a day. The company says it is operating at an annual revenue run rate of $200 million. “Imagine if cars going 50 mph speed up by a factor of ten,” says Cheriton. “It qualitatively changes what you can do.” Arista is that vehicle.

The third of six children of two Canadian engineers who grew up during the Great Depression, Cheriton was always encouraged to pursue his own path, says his father, Ross. The elder Cheriton recalls an independent, “self-sufficient” boy who didn’t indulge in team sports and built his own timber fort in the family’s yard away from the other children.

His father also remembers a gifted son who decided to stay out of Edmonton’s Eastglen High School for the 11th grade because he felt the curriculum was too slow. “He went his own way,” his father says. “We didn’t channel him.” As a boy with broad interests, Cheriton wasn’t chided when he tried to pursue a degree in classical guitar and performance arts, his main passions as a college student. When he was rejected from the music programme at the University of Alberta, he simply pursued another interest, mathematics, and later computer science. He completed his undergraduate studies at the University of British Columbia and then got a master’s and PhD at the University of Waterloo.

In 1981, in search of research funding, Cheriton arrived at Stanford, soon to become the engine room of a budding Silicon Valley. It was at Stanford that Cheriton first met Andy Bechtolsheim, a brilliant German PhD student who was constantly tinkering with a workstation computer he had designed called the SUN, short for Stanford University Network. Looking for someone to develop software for the workstation, Bechtolsheim turned to Cheriton, whom he’d met in the computer science department. The Canadian assistant professor played with the device, then asked for tweaks to the hardware. Bechtolsheim obliged.