The glorious, new supercar brings a sense of beauty to the traditional Lamborghini outlandishness. It has taken the auto firm's game to a whole new level 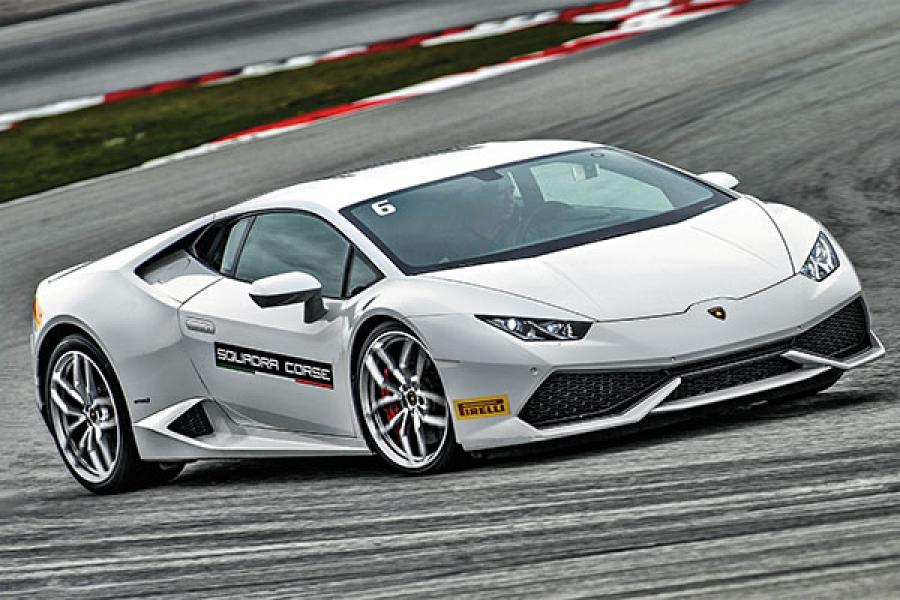 It’s quite a challenge to evaluate a car based on a few laps on a racetrack. The task gets considerably harder when you’re on an unknown foreign circuit, driving a 600 PS supercar and have only three laps to get acquainted with both. But here we are, so this will not be a standard numbers- and figures-driven report but rather an experience of what it’s like to get behind the wheel of Lamborghini’s glorious new baby supercar.

It was good then that our convoy of Huracáns was led by an Aventador. Side by side, they are worlds apart. The Aventador is longer, lower and looks like it is some form of an auxiliary vessel to an alien spacecraft. The Huracán, meanwhile, brings a sense of beauty to the traditional Lamborghini outlandishness. Curves are introduced to the still-prevalent hard edges and the result is a combination of voluptuousness a la the Miura and today’s established Lambo design language of looking like nothing else on the road.

But don’t make the mistake of thinking the design is subtle: The slim front headlamps and gaping angular intakes are positively evil while the Sesto Elemento rear end with those tapered tail lamps looks every bit radical.

Drop into the low cabin and you’re greeted by a dash that is every bit as funky as you’d hope for from a shouty supercar. There’s a row of toggle switches to handle various functions while the flat bottom steering wheel has another toggle to switch between driving modes. The cabin is surprisingly roomy.

It’s refreshing to see that the Italians have stuck with glorious natural aspiration. The 5.2-litre V10 is already a modern icon but is now even more of a powerhouse.

However, the best result of the natural aspiration is the sky high 8,500 rpm redline and a sound that sends shivers down the spine. The big change though is the new seven-speed dual clutch gearbox.

The all-wheel drive persists but in combination with the new gearbox, acceleration now borders on insane. Lamborghini claims 3.2 seconds to 100 kmph, slower than the claimed 2.9 seconds for the Aventador but some independent tests show that the car is actually faster than its bigger brother. The launch-control-aided start is clean and hard with minimal wheelspin. The standard ceramic brakes provide huge stopping power with a wonderful firm and progressive feel from the pedal.

The question is, can the Rs 3.43 crore (ex-Delhi) Huracán handle the huge task of taking over from the Gallardo, the most successful model in the Italian company’s 61-year history? Consider this: The Gallardo sold a total of slightly over 14,000 cars in its 10-year life. That may sound small but it’s actually huge for a supercar manufacturer and is just under half the number of cars Lamborghini has ever made. The Huracán, meanwhile, is just a few months old and has already amassed over 3,000 bookings. Successor? No, the Huracán has taken Lamborghini’s game to a whole new level.

Tweets by @forbesindia
Will Europe drag the world down?
Indulge: Pens, furniture, hybrids