Easy speeding on the highways as well as while turning corners 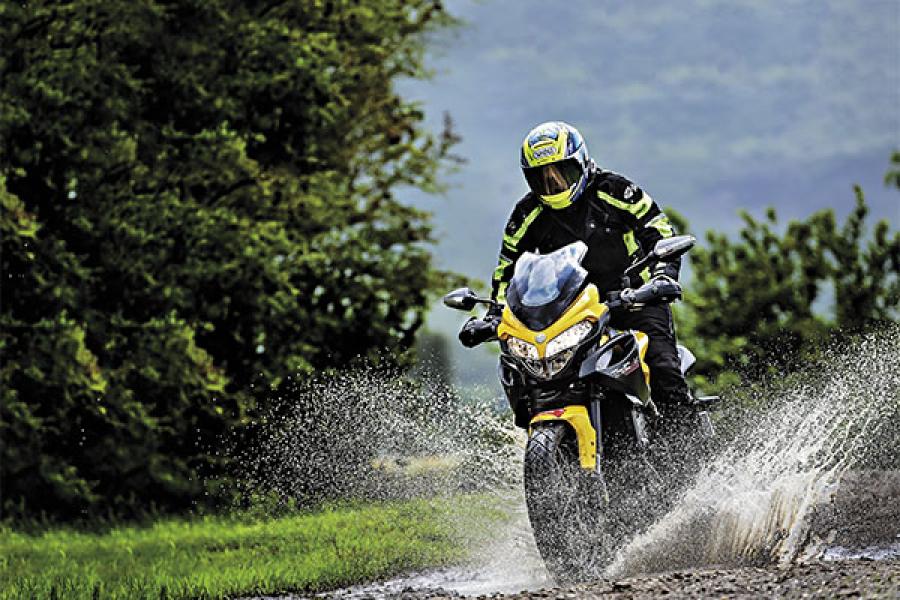 Benelli’s newest motorcycle, based on its 1131 cc inline triple engine, is the Trek Amazonas, launched in September 2006 as an adventure tourer. The design follows Benelli’s typically busy but careful design that shows up in all the aggregates and looks very nice up close. 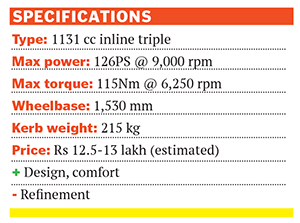 It isn’t only about the looks though. The Trek gets the mildest form of the fuel-injected 1131cc triple. The engine appears to have an extremely light flywheel so the rev rises and drops extremely fast, almost like a race bike.

The electronics are simple. There’s a large button on the dash marked ‘Power Control’ that selects a mild ignition map for slippery conditions or the full-hard map that releases a few extra revs on top and sharpens things up slightly. The Benellis are still analogue motorcycles in that sense and there isn’t any electro-nannification. On the flip side, the Trek doesn’t have an anti-lock braking system either.

The Trek sounds like a Benelli. It clatters to a start with a gruff, almost unhappy voice and then settles into a throaty idle. The sound is much nicer on the move but like all the 1130s, the Trek can easily accommodate a lot more refinement.

Riding it is fun. The real surge starts at 4,000 rpm and after that, the power is quite linear. The Trek throws big numbers into the wee digital speedo so hard that it’s disconcerting.

The Trek cruises easily at highway speeds and, beyond it, feels good. When the corners come up, it remains firmly in its element. Turn in requires a fair push on the bars but it responds smartly. The suspension feels firmly damped but never harsh, and the Trek feels well up to the task of bad-roading. When we did try our hand at light off-roading, the suspension was actually quite compliant and it handled some pretty large undulations at speeds far better than expected.

But this light off-roading also exposed an issue, which could just be our bike. It turns out that at low speeds and low revs, the Benelli is very sensitive, far more than the Suzuki GSX-S1000. It made rolling behind the tracking car at a steady 40-80 kmph hard work even as high as third gear and in the dirt. The long chassis is pretty good, so a spinning rear wheel isn’t very scary on the Trek, thankfully.

The Trek is a potentially likeable adventure tourer with extremely limited ability off-road. There are many reasons for this, one being the bash plate, which is just prettification that leaves the bottom exposed. Also, the foot peg design—shared with the TNTs—works well on dry tarmac. But once it’s wet, trying to stand up to handle a bump or pothole will immediately have your boot slip clean off and that quickly ends any confidence in standing up and riding.

The Benelli is expected to cost Rs 12.5-13 lakh when it goes on sale shortly. A decent rider should be able to handle anything from open highway to a mountain pass on the Trek.

Tweets by @forbes_india
Raising money doesn't always indicate success for entrepreneurs: Alok Goel
What the 2016 US presidential candidates are worth