Triumph Will Ride in India 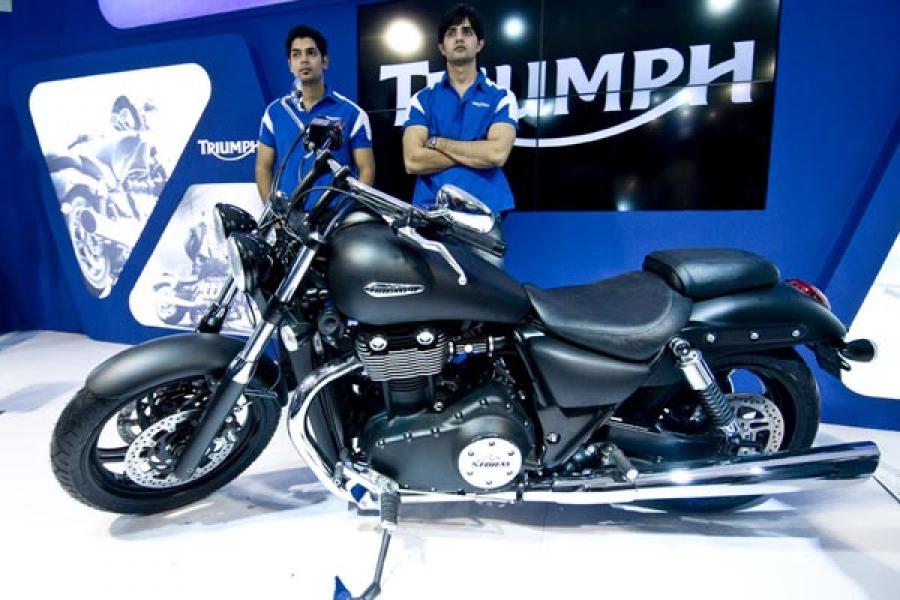 Ashish Joshi, the managing director of Triumph India made quite a start at the launch event. Seven motorcycles were lined up. There was no song and dance. Just some music following which the bikes were unveiled. No big corporate speak after the ceremony either. Joshi got straight to the point. The British motorcycle icon is now in India. And these are the bikes. All of which will go on sale in India in the next four months. Starting at a price of Rs. 550, 000 (ex-showroom Delhi) for the modern classic, Bonneville. He moved around pointing at each motorcycle and declaring its price. It was all very simple and absolutely upfront.

The crowd was suitably impressed. There was a big guy among the crowd who told Joshi that he would be the first customer. He passed him his visiting card. It was made of steel. Joshi looked a little taken aback. Anyway, coming back to the motorcycles, the most expensive motorcycle from the Triumph stable will be the Rocket III Roadster priced at about Rs. 1,750,000. It has got a 2294 cc engine whose power has been restricted to 148 PS.

Joshi made an interesting point about the premium motorcycle market in India. There is no real data on the demand, he said. The only manufacturer is Harley Davidson. While there are other Japanese guys like Honda and Suzuki, they are not that serious about this segment. “In the absence of this data, it is very difficult to quantify how many bikes somebody can or cannot sell. I would not go by market research to put figures on that,” says Joshi.

He said that Harley Davidson’s entry into India and their experience has a lot of lessons for Triumph. Triumph has been looking at the India opportunity for about four years now. “Ambition in India is to get into India to establish Triumph’s network, establish its brand name and then go on from there,” said Joshi. The company is pretty serious about India. Take for instance its attempt in the spares department. Now Triumph has a spares warehouse only in the UK from where spares are shipped to the rest of the world by UPS or DHL. Joshi knows that won’t work in India. So Triumph is setting up a dedicated spares network in India.

Triumph will be setting up its completely knocked down units (CKD) which is expected to start from day one. The facility is not yet up and running but should start by March 2012. Expect the motorcycles to go on sale by June. “We are looking at three or four options of port cities but we haven’t yet finalised. Putting up a large scale CKD facility is not a very time consuming affair,” added Joshi. Triumph claims that the dealerships should be up and running by June which is when the motorcycles will go on sale. Joshi expects to end 2012 with about four dealers.