No showdown at Tata Power board meet

The Tata Power board meeting on Tuesday, where business was conducted as usual, is being read by some as a sign of the battle between Ratan Tata and Cyrus Mistry easing 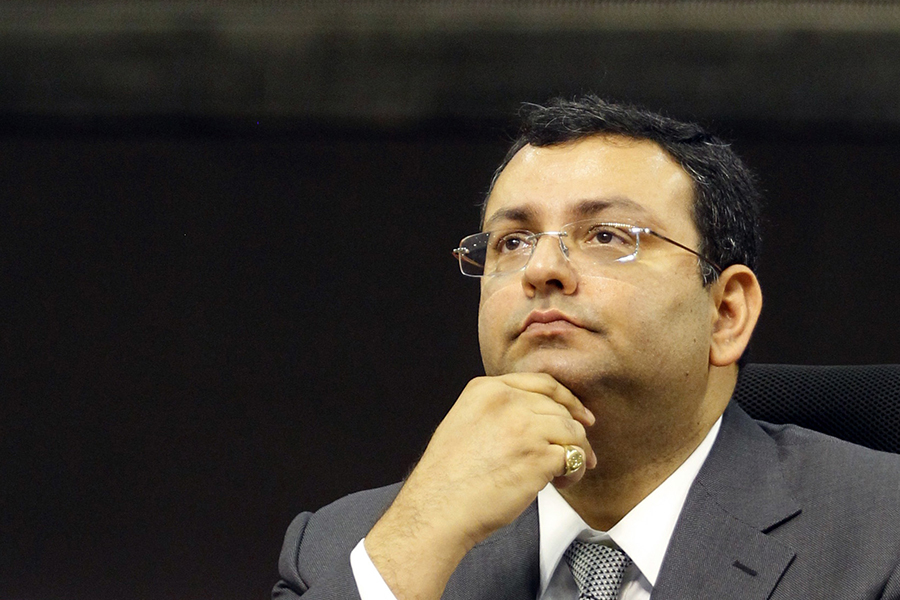 After the eventful board meetings of various Tata Group companies over the last month, where the conglomerate’s ousted chairman Cyrus Pallonji Mistry has been either lauded for his performance or removed as chairman, the board meeting of Tata Power on November 29 was a relatively tepid affair, with business as usual.

But the uneventful board meeting at the last major, listed Tata Group company, to approve earnings for the July-September 2016 quarter, is being read by some Tata watchers as a signal of the intensity of the battle between Mistry and Ratan Tata easing.

“Cyrus Mistry chaired the board meeting of Tata Power on November 29 [Tuesday] without any contest,” said an informed source. However, the issue of convening an extraordinary general meeting (EGM) of Tata Power’s shareholders, as per Tata Sons’ request, was discussed at the board meeting and a date of December 26 was set for the same. Tata Sons will seek Mistry’s removal as a director on the board of Tata Power at this EGM.

Tata Power reported a net profit of Rs 336 crore for the second quarter of the current fiscal, compared with a loss of Rs 96 crore a year earlier. The power generation company’s turnover in the same period fell 5.6 percent to Rs 7,191 crore.

What happened at the Tata Power board meeting on November 29 is in continuation with what has happened at other major Tata Group companies like Tata Steel, Tata Consultancy Services (TCS), Tata Motors, Tata Chemicals, Indian Hotels Co. Ltd (IHCL) and Tata Global Beverages (TGBL), where the principal promoter of these firms, Tata Sons, has asked for EGMs, where it seeks to remove Mistry as director. At Tata Steel, Tata Motors and Tata Steel, the flagship holding company of the salt-to-software conglomerate has also sought the ouster of Nusli Neville Wadia as independent director, citing his alleged complicity with Mistry, as the latter allegedly tried to gain control of these firms. The accusations have been firmly denied by Wadia.

While in group companies like IHCL, Tata Chemicals and Tata Motors, independent directors have affirmed their faith in the management, led by Mistry, others like TGBL, TCS and Tata Steel have replaced Mistry as chairman.

On October 24, Mistry was replaced as chairman of Tata Sons and Ratan Tata took over as interim chairman. A war of words ensued, with allegations and counter-allegations flying thick and fast between the two camps, which escalated by the day. Mistry, the son of Pallonji Mistry, whose family holds an 18.4 percent stake in Tata Sons, dug in his heels and refused to quit as chairman of the group operating companies. This has led to the creation of two power centres at the group, with Ratan Tata at the helm of Tata Sons and Mistry leading some key companies.

But on Wednesday, some source-based reports surfaced on business news channels claiming that a rapprochement between the two sides was possible, considering that none of the 11 directors on the firm’s board passed any observation on Mistry’s leadership; neither did they contest his chairmanship.

A source close to Tata told Forbes India that if at all there was any scope of mediation, it would take place behind-the-scenes and not in public eye.

A former member of the now disbanded Group Executive Council, constituted by Mistry as chairman, and his close aide Nirmalya Kumar had told CNBC-TV18 in an interview that Mistry would be open to a table talk, as long as steps were taken to secure the future of the $103 billion-conglomerate through iron-clad corporate governance measures.

It is almost certain that Mistry is unlikely to return as chairman of Tata Sons, and may well be removed as chairman of at least some of the group operating companies if institutional shareholders decide to vote against him at the impending EGMs that begin mid-December.

It would also be in the Tata Group’s interest to come to an amicable solution to the imbroglio, which could avoid a potential legal battle and also protect the conglomerate’s brand image that has been impacted in recent days.

But another source in the Tata Group stated that the personal attacks that Mistry has mounted on Ratan Tata may make it difficult for the two parties to see eye to eye on any measure. In a statement Mistry had claimed that Tata Steel’s acquisition of Corus Group Plc for $12 billion was more a function of the septuagenarian Tata’s ego, and that he had tried to sell TCS to IBM. These allegations have been refuted by Tata Group veterans like B Muthuraman, former MD of Tata Steel and FC Kohli, former CEO of TCS.

Tweets by @forbesindia
A little bird told us: How the billionaires fare on Twitter
Style and beyond