At the opera: Old-school music in the age of instant, free entertainment

How do you get an impatient young generation to listen to five hours of Wagner? Let us count the ways, says the Metropolitan Opera as it celebrates 50 years at the Lincoln Center in New York 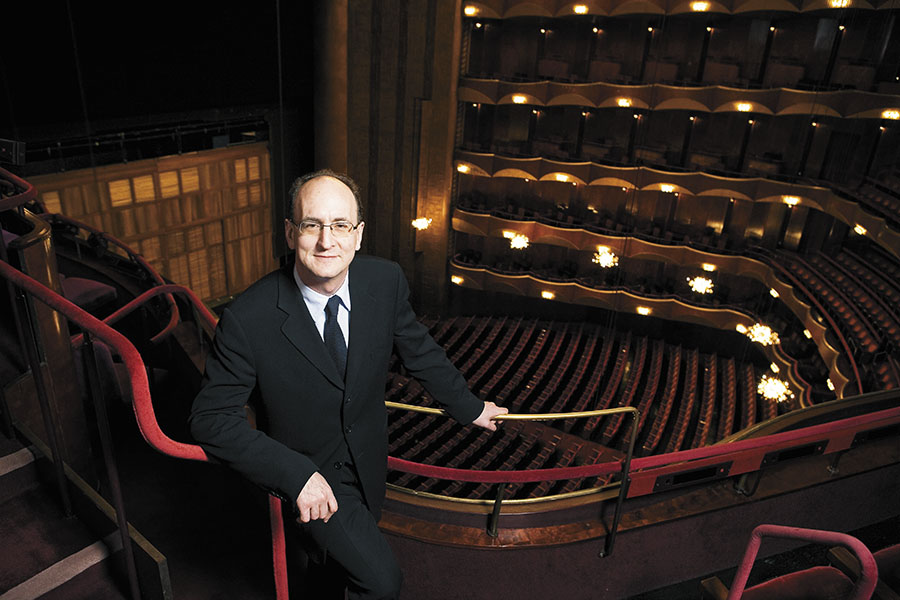 The opera isn’t a typical Indian cultural experience. Consider that Opera House in Mumbai has long been associated with jewellers and traders, and branded the ‘neighbourhood to avoid’ during idol immersion days. The colonial landmark, after which the area was named, was a forgotten relic until a few weeks ago, when the beautifully restored Royal Opera House opened to the public after over two decades of silence, with the Mumbai-born British soprano Patricia Rozario bewitching the audience with her voice.

But my invitation to the Metropolitan (Met) Opera predated that resurrection, and it was with mixed feelings that I sat down for my first opera on September 26 this year. It was a grand event. The Metropolitan Opera, one of the world’s great music institutions, was celebrating 50 years of music and theatre at its Lincoln Center location. This was the opening act of the season, and as the guest of a major sponsor, Rolex, I had a plum seat in the house.

I was filled with anticipation—but also trepidation. It was a five-hour-long Wagner opera, Tristan und Isolde. Baptism by fire, I was told by a friend. But even though I was befuddled by the length, it was impossible not to be mesmerised by the power of the singing (particularly of Isolde’s, as essayed by acclaimed soprano Nina Stemme) and the soaring if dizzy-making multi-level set that took the audience through diverse locations, moods and geographies.

At the same time, the challenges of nurturing opera as an art form were apparent even to my amateur eyes. As Peter Gelb, the general manager of the Metropolitan Opera in New York City, puts it, “The shifting sands of culture are such that everything is thought about in terms of shorter programming. The big cultural phenomenon in recent years has been binge-watching TV. [Although] somebody sitting in front of the TV and watching 7 hours of programming: Maybe that’s our potential audience!”

Having helmed the artistic staff at the Met for 11 years now, Gelb, 63, knows how difficult it is to cater to a generation used to entertainment that is not only instant but free. An average Met Opera ticket is priced at $150 (over Rs 10,000), but cost isn’t the only impediment. Much harder is the job of getting people to go to the ticket counter: “First we have to get them to buy a ticket,” says Gelb, who wants productions from the repertory to focus on the storytelling. “If you want to attract new audiences, the story-telling should be clear. It is dangerous to present opera which needs a guide-book to explain it. You wouldn’t expect it to work in cinema.” Gelb is also bringing in new directors, including those from Broadway, to add a “new theatricality to the Met”. 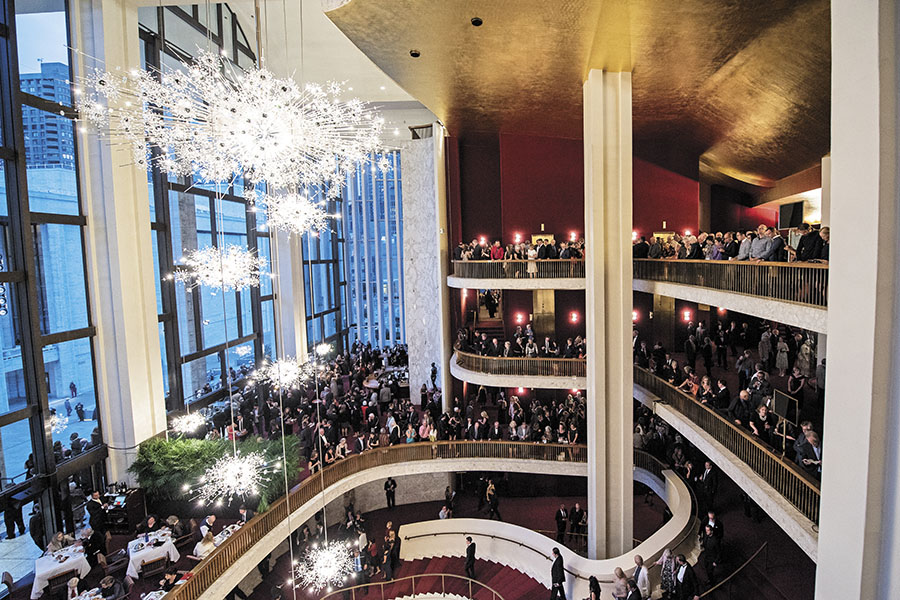 Gelb knows that to stay relevant, risk-taking is inevitable, and he seems ready to embrace change. “The challenge for the Met and for opera companies in Europe is that we are facing a transitioning audience. We have older audiences who are more traditional, and we have others who are more adventurous.” To boot, it is an art form that isn’t part of the mainstream cultural environment. “There is no safe course,” he says. “I, as the head of the Met and its producer, think about the audience, so we have to take calculated risks. What makes opera so extraordinary is the merging of different art forms—the visual and performance aspects of it. We are constantly trying to create work that will be stimulating, and more successful in terms of selling tickets.”

The other challenge, of course, is the high cost of putting on those spectacles.

Get by with a little help from friends
The timing was unfortunate. The Met opera starter was rivalled by another spectacle, a political pow-wow between the two American presidential candidates at Washington University in St Louis, on the same evening. But come opening night, the loyalists showed up in their regalia on the red-carpeted foyer of the building.

Some of them were patrons, who provide the fuel for this machinery. Half of the Met’s $300 million budget is accounted for by donations that come in all sizes—millions from the wealthy patrons who sit on the board to $10 gifts from opera buffs.

The economics of the Met have always been fragile, explains Gelb. “Much of our fortune relies on the overall economy, because our donors are able to support us depending on their own fortunes.” And, in America, donors are critical to the survival of the arts. “Wealthy patrons get a tax benefit, and that is why there is a huge tradition in the US of charitable donations, whether to the Met, to hospitals, to universities,” says Gelb. In Europe, opera houses primarily draw their funding from government support while in the US, “the government, (local, city, federal combined), gives a total of less than half of 1 percent of our operating budget”.

A few select companies donate too, he adds. “Rolex, for instance, has long had a profile of supporting the arts and individual artists. They have a monopoly of leading opera companies in the world: La Scala, Royal Opera, Paris Opera, Covent Garden. I think we are the newest addition to Rolex’s portfolio of opera houses,” he laughs. And since Rolex participates in the economic structure of opera companies on both sides of the Atlantic, “it puts them in a very enlightened place”.

Arnaud Boetsch, director of communication and image at Rolex SA, says: “Rolex has been a patron of the arts for over four decades, supporting programmes, activities and institutions since the 1970s when revered soprano Dame Kiri Te Kanawa became its first cultural Testimonee. These partnerships are inspired by our shared appreciation for excellence, passion and performance and reflect Rolex’s commitment to support music and opera as an art form.”

But while the patrons have a seat at the table, the Met has artistic independence, emphasises Gelb. “When I came to the Met, I made it clear that artistic decisions had to be made by the artistic staff, headed by me. Even though we rely so much on private sponsorship, they do not tell us what to produce. If the board and sponsors don’t like what I do, they can fire me, but they don’t tell us what to do.” It helps that the right kind of sponsor is drawn to the Met. “In a way, it’s a natural selection process,” he points out. “Mass consumer brands are not so interested.”

The funding challenge is also being met by embracing the digital. Metropolitan Opera Live on HD brings the Lincoln Center to audiences across the world. “As many as 10-11 time zones at a time,” Gelb says. Live streaming of the performances began in 2006 as a marketing tool, but today it has become a significant source of revenue. “We have monetised this form of media.” They do around 10 live HD programmes a year, screened at movie theatres. These ticket sales contribute a net of $18 million to the bottomline.

Gelb isn’t worried about losing ticket-buyers to live streaming. In fact, he says, “Thanks to our digital transmissions and radio broadcasts, the Met has the largest audience in the world of any opera house.”

The bigger concern is the generally dispassionate approach to the arts. “In the world today, education of the arts is really missing. This has been the situation for more than several decades. We have to do what the government does not do. Up until the 1960s and the 1970s, education of the arts in public schools in the US was much more. [For] composers graduating from Julliard, their first job was often teaching in the public schools,” he says. “The emphasis in funding of schools is orientated towards tech, business and making money. As a result, arts and society suffer. We are actively engaged in bringing people to opera houses.”

A couple of days before the opening night, our group was given a behind-the-scenes tour of the opera house. A bow-tied volunteer in his late 60s was our guide. “Unfortunately, this is an abridged version,” he told us. “Just an hour. We’ll have to rush through.” For him, and scores like him, every picture, prop, and awning is imbued with significance. History was his to share, and omitting any sliver was visibly disappointing to him. His passion was catching. As was Gelb’s. And of the patrons who showed up to fill up the 3,800-strong theatre.

(The writer travelled to New York at the invitation of Rolex.)