Will online freedom of speech decrease even further? 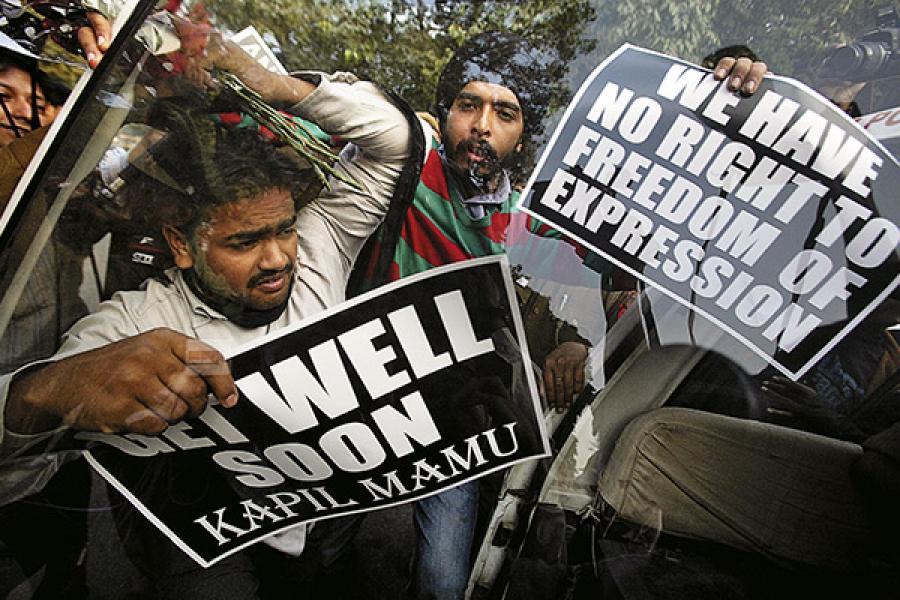 (As told to Shishir Prasad)

The internet’s a brave new world in so many ways—driven by the young invigorating the old. About 150 million Indians are on the web now.

Earlier, to express ideas publicly, you had to go through a newspaper, magazine, TV or a radio station before. The guardians of media regulated how such ideas were expressed, and published your ideas if you were important enough, if you followed the outlet’s editorial line, and increasingly, if you paid them to carry your story. On the internet, you can find the only two persons—whether it’s an auto-worker in Detroit or a policewoman in Thiruvananthapuram—who may be interested in your obscure idea.

Given the shrinking free space in mainstream media, a relatively free internet is important for a robust democracy. The United States’ Tea Party movement on the right of the political spectrum and parts of the Arab Spring on the left owe their existence to the organising space on the internet.  In India, the way the Information Technology Act and speech-stifling criminal laws have been used by the Central and state governments in the last five years has been unprecedented. Official data shows 1,600 people were arrested in 2011 for ‘cyber crimes’—that’s a 30 percent increase from 1,184 in 2010. Five years ago, the figure was 154.

Of course, a balance has to be struck between free speech, hate speech and defamation—lies, invasions of privacy and even calls to arms can be circulated with the click of a button. But some of the internet speech laws are such draconian gags that even a layman’s reading shows they are unconstitutional. I suspect lawmakers didn’t know what to do when faced with burgeoning online speech, and used boulders where careful scalpels were required.

These attempts to regulate the internet stem from the Information Technology Act of 2000, originally meant to facilitate business transactions and regulate e-commerce. The 2008 amendment introduced the now infamous Section 66A.  Under this, any electronic communication that is grossly offensive, of a menacing character, false or misleading, annoying or even inconvenient can be penalised with three years in jail.  The ‘annoying or inconvenient’ clause was meant to tackle spam and is now being used in a totally different sphere. Now, the police decide what is ‘annoying’ and whether to arrest you for saying things that are ‘inconvenient’. But it’s the business of a democracy to deal with what is ‘annoying’ and ‘inconvenient’ in the views of others.

There are quieter dragons lurking in the IT Act. The Intermediary Rules of 2011 ask a blog, an internet service provider (ISP), a social network, to look at everything that is posted under their purview and to take down anything that is ‘disparaging’, ‘hateful’ etc. What is ‘disparaging’ or ‘hateful’ is left to the imagination of the intermediaries. This means ISPs such as Airtel Broadband or even pure web service providers like Facebook, Twitter or Indiatimes have no ‘safe harbour’ from prosecution as they do in other countries. Here they are asked to police the internet, and remove ‘unlawful’ information posted in their purview; otherwise they can be hauled up for an absence of ‘due diligence’. In effect, we are being told what not to say by the police and companies. The companies are incentivised to be over-conservative because they don’t want to be sued. Breach of an important constitutional right should be decided by the courts, not by the police or companies.

How can all this be changed? For a start, Section 66A has to go. The basic structure of the Intermediary Rules is unconstitutional, companies decide who should be gagged and how, and the speaker is not even notified, leave alone given a chance to respond. The Website Blocking Rules are similar: The government needn’t tell you what happened to your favourite website or why it was banned, unlike in the case of books.

And we can’t keep our inheritance of British colonial oppression in our penal code—laws formulated to suppress Indians. Sections of the Indian Penal Code— for instance, some outdated law like the one on sedition—are often applied along with 66A. The UK and New Zealand have repealed it, Ghana has repealed it, as have other countries. Those who have the support of the mobs and seek to incite violence are rarely prosecuted for hate speech or sedition; who is it used against in India? Mostly independent commentators expressing an unpopular anti-government opinion, people like Binayak Sen, Arundhati Roy and Aseem Trivedi.

Section 66A is before the Supreme Court now, the other laws and rules remain, ready with shackles and gags if you say the wrong thing. The government, courts, companies and citizens are now aware of these holes in democracy. 2013 presents India an opportunity, to evolve a government and people who listen to other sides of the story, who build bridges between each other. 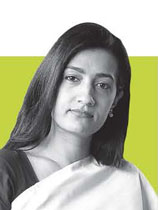 Karuna Nundy is an advocate in the Supreme Court. She specialises in commercial dispute resolution and human rights litigation. In Court, Nundy is leading litigation about the rights of the Bhopal gas tragedy victims against the Government of India, state of Madhya Pradesh, Union Carbide and Dow Chemicals.