Will the Middle East Continue to be the Most Dangerous Place on the Planet?

Despite the heated rhetoric, there is little chance of a full-scale war, says Sundeep Waslekar. But there are real opportunities for countries like India looking for a deeper engagement in the region 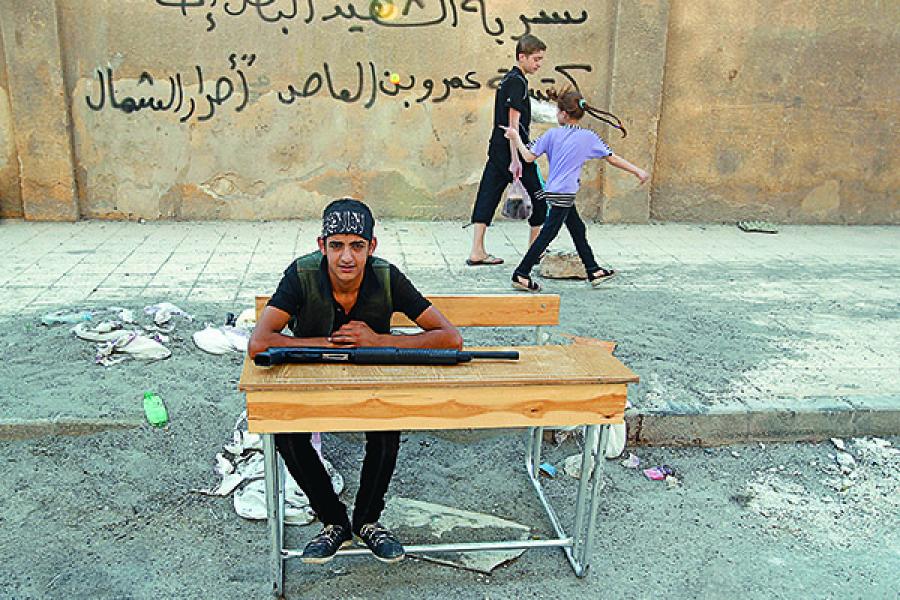 Image: Goran Tomasevic / Reuters
Even as Syrian rebels take on the government of Bashar al-Assad, the future of the country remains uncertain

The year 2013 is going to be one of uncertainty. I don’t think the Middle East will be the most dangerous place in the world. Africa may just take that title. The conflict between North and South Sudan could get out of hand and the future of Ethiopia is very uncertain because of the transition there. The South China Sea could also turn into a global problem. The Middle East will certainly be the region of most uncertainty though. And it’s not just about what happens with Syria, Iran or Gaza.

There are other issues. Take the internal realignments in Turkey and Jordan, for example. The two countries set to go through major transitions are traditionally the most stable in the region. They both play a major role regionally; what happens within them will have major knock-on effects. It's not just the headline countries that play a role.

Turkey’s Prime Minister Recep Tayyip Erdogan will step down in 2014 and the big question is who will replace him? Until 2010, Turkey was the main catalyst of peace in the region, serving as prime negotiator between Israel and Syria, and Israel and Palestine. This was highlighted when a senior Syrian diplomat once said that there could even be a phased solution with Israel, but only if Turkey sponsored it.

From an economic stand point, Turkey and Jordan took the lead on creating a golden quadrilateral: A Free Trade Area between Turkey, Syria, Jordan and Lebanon. They even invited Iraq but it wasn’t able to join. Within six months, Turkey and Jordan had created a visa-free movement regime, common banking standards and a customs union that oversaw removal of trade tariffs. Then things changed. In February 2011, Turkey and Syria set up a ‘friendship’ dam on the border. One month later, Turkey started working to bring down the Syrian leader, Bashar al-Assad. Turkey has done a complete U-turn with respect to its foreign policy and many within Erdogan’s ruling AK Parti, feel this change of stance was down to Foreign Minister Ahmet Davutoğlu, and the [foreign minister’s] post along with Turkey’s regional role could change with the new leadership. Even Turkey-Israel relations took a turn for the worse after Israel bombed Gaza in 2008. Things deteriorated further after the infamous ‘Flotilla’ incident, where eight Turkish activists were killed by Israeli soldiers as they tried to reach Gaza. There hasn’t been a formal apology from Israel.

It is telling that one of the principal region negotiators and facilitators is rethinking its duty, but it must make its mind up because a challenger has emerged.

Egypt is positioning itself as the region’s trusted peacemaker in 2013. If President Mohamed Morsi can ride out the storm he is facing after introducing his controversial new decrees, Egypt can play an important role. The year will see significant internal competition for the political space, newly opened since Hosni Mubarak’s demise. An equilibrium is proving understandably tough to find but once reached, the government can push on.

A stable Egypt is crucial for the Middle East. It has already shown its mettle, mediating a ceasefire between Israel and the Hamas.

Realistically speaking, there is little chance of lasting peace between Israel and Palestine in 2013. Internal politics within each nation, characterised by hardliners gaining increasing power, will mean that we can see a ceasefire at best. There won’t be a land invasion but tension and skirmishes will be here to stay. 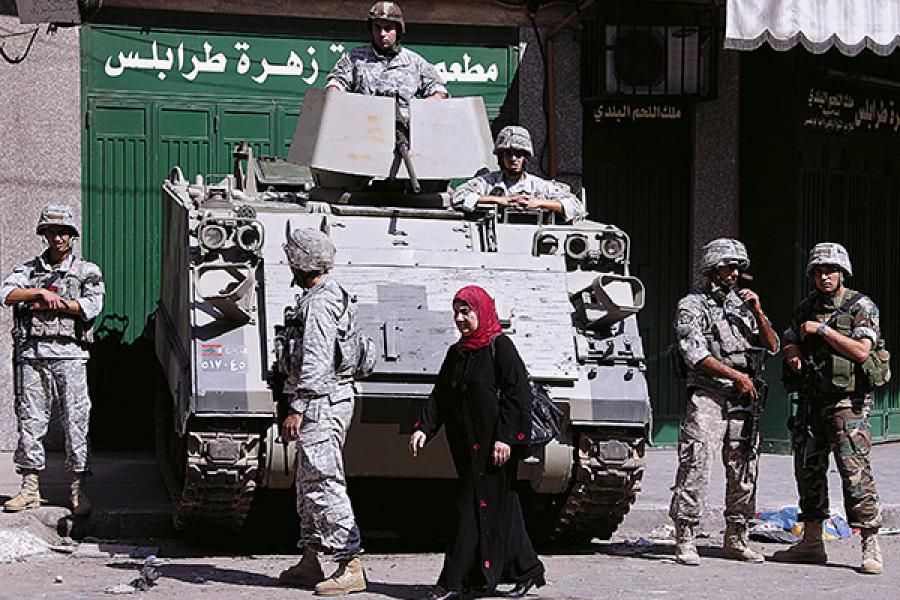 Image: Mohamed Azakir / Reuters
The Lebanese city of Tripoli witnessed clashes between supporters of Assad and Sunni Muslims
The only hot war in this hot-cold war region could occur if the status quo changes in Syria. What happens post Assad? There are doubts about unity of territory, social and ethnic cohesion and this fragmentation could lead to chaos and civil war that would have direct implications for Lebanon and the strength of Hezbollah. Here we’ll see just how interconnected factions in the region are: If things deteriorate in Syria, the government could ask Hezbollah to attack Israel to divert attention from the rebellion and this could lead to Israel going to war with Lebanon and/or Syria. Hezbollah, in turn, will not launch attacks without consent from Iran. What makes it so interesting is an unspoken, tacit understanding between two mortal enemies, Israel and Iran. Iran will not give Hezbollah the go-ahead to attack Israel and, in return, Israel will not destroy Iran’s nuclear sites. Watch out though, because the rhetoric will be the complete opposite.

There will be a lot of heated rhetoric but little chance of full-scale war. The real outcome of this edginess will be a step back for economic integration in the region. The processes for economic co-operation will be undermined; the golden quadrilateral FTA between Turkey, Syria, Jordan and Lebanon has already been suspended by Syria, and the business communities in the Middle East will suffer. Integration of banking has suffered and there will not be a revival in 2013. Though Iran and Iraq will move towards greater stability and the Gulf states will generally be fine, the incentive for Western parties to engage with the region will fall.

The real opportunity exists for countries like India, who do not have a big industrial footprint in the Middle Eastern powerhouses of Egypt and Saudi Arabia. Even Turkey, though it is losing its role as a mediator, remains an attractive economic proposition.

As Western powers are put off investing because of the perceived instability, Egypt and particularly Saudi Arabia are rolling out the red carpet for Indian investors. Don’t be put off by the turmoil: Things will calm down by 2014 and then the Arab nations will look West rather than East. Heavy industry like the automotive, fertiliser and steel sectors can set up manufacturing units in a region with over 400 million relatively prosperous people.

The Chinese understand this and are already in discussions with governments; they did the same thing in the last decade in Africa and are benefiting. Aside from the local market, it is a great base to expand into North Africa and the EU and if you manufacture from a Qualified Industrial Zone in the Middle East, you can export to the USA without any customs duties. India is a much more politically and culturally acceptable partner for Middle Eastern governments than most other interested parties and the Indian private sector must take the lead and set up a manufacturing platform for the future. While the rest of the world is cautious, India has a big opportunity in 2013. 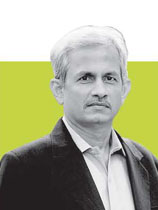 Sundeep Waslekar is president of the policy think-tank Strategic Foresight Group. An alumnus of St John's College, Oxford University, he has advised governments across the world on international policy.

Tweets by @forbes_india
3 Business rivalries that are likely to ratchet up
Wanted: Justice