Will the US move forward to address climate change concerns?

The richer world is no longer in charge, says Richard Muller. And the issue is not blame; it is to find a practical solution 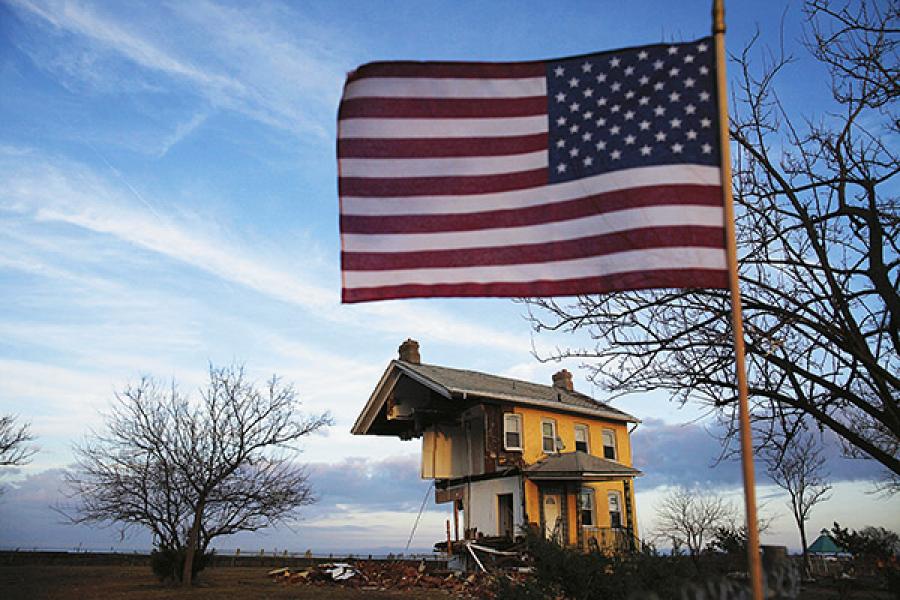 Image: Eric Thayer / Reuters
Suppose the US were to reduce emissions to zero. At its current growth rate, China would make up that difference in three years

In the US Presidential debates, zero minutes were spent discussing climate change and global warming. The issue is no longer a high concern among the US population; perhaps not surprising, given the lack of media coverage. I expect no change in US government policy in the coming four years. There will be a general push to help develop green technologies, but no significant treaties will be signed or ratified.

Yet, projections of the expected warming in the future are deeply worrisome: Changes of 2 to 5 degrees Celsius in the coming decades due to increases in greenhouse gases in the atmosphere that trap heat and raise the temperature of the Earth’s surface.

So why has the US and much of the wealthier world apparently lost interest? The fundamental reason is that it is no longer in charge. The developing world has taken control of global warming.

Deep under the Western disinterest is a key fact: The expected rise in temperature is going to come from the burning of fossil fuel in rapidly emerging economies. In 2006, China surpassed the US in carbon dioxide emissions. With its 10 percent annual growth, it is now annually emitting twice the carbon dioxide of the US. Meanwhile, US emissions are at the lowest they have been in 20 years.

Suppose the US were to reduce emissions to zero. Even so, at its current growth rate, China alone would make up that difference in a little over three years. India has a similar growth rate in its use of fossil fuels. This means drastic reductions in the US cannot control global warming. Any discussion of cutbacks that does not include the developing world is not a discussion of any consequence.

The issue is not blame. It is to find a practical solution. What would have been the suggestions of President Barack Obama or Governor Mitt Romney if they had been asked during the debates? Perhaps the wealthy world should set an example. That’s good, but only if the example is one that the developing world can afford to follow, or one that the wealthy nations can afford to subsidise. The Western economy is not vigorous enough to pay the difference for high-priced green energy in the rest of the world.

Speed the development of renewables? Progress is much slower than most people recognise. In 2011, China, the world leader in using sunlight, added solar cells with a capacity of 2 gigawatts. That may sound big, but that’s ‘capacity’, meaning the power the installations can deliver when the sun is directly overhead on a cloudless day. The true average is about ¼ gigawatt. Compare that to the 50 gigawatts of fossil fuel-driven power added by China that same year, and the discrepancy is a factor of 200.

The official Kyoto/Copenhagen/Cancun/Doha process is effectively stalled by this conflict. I expect the treaty process will go nowhere in the next few years. People in the US loathe making sacrifices when they recognise that those will not solve the problem. To reduce greenhouse emissions, we need an approach that is more than cheap; it must be profitable.

Doesn’t the developing world recognise that global warming is its problem too? Yes, but they have so many other problems: Poverty, nutrition, health. Those issues are being addressed primarily through economic growth. Anyone who has been in the developing world can sense the excitement of the rise in quality of life and in the expectation of more. There is always the threat that interfering with this growth will be more detrimental than living with a few degrees of warmth.

Yes, the developed world could cope with cap and trade. But would it work in China, India, Indonesia and other countries? Can they afford to reduce emissions, even if the money it cost to do that were to be spent within the country? I don’t think so. The West cannot afford much of a ‘clean development mechanism’—a system that pays countries that install cleaner power plants.

Yet, I am not pessimistic. There is an approach that can work: Conversion from coal to natural gas. Huge reserves of natural gas have been found around the world. But the technology for extracting these has problems of its own. We must not allow the gas to leak or the spilled mining fluids to pollute the environment.

There is a solution. We can develop a ‘clean fracking standard’. It needs to be defined by environmentalists working together with gas development companies.  In the US, fracking technology has been so practical that without significant government support or subsidies, it has been displacing coal. It is not only cheaper, but requires less infrastructure. Pipelines are less expensive to build than rail lines. Natural gas is so much lower in sulfates, mercury, particulates and other pollutants that air quality is vastly improved without the need for expensive scrubbers. And the switch from coal to natural gas is responsible for most of the reduction in US greenhouse gases that we have now seen.

Why doesn’t the developing world switch on its own? It will, but will take a long time; fracking technology has been under refinement in the US for many decades. A possible solution is technology transfer. The cost of buying the technology will be a lot cheaper than the trillion dollars per year that the Stern Report [by Nicholas Stern, former IMF chief economist] says will be the cost of the alternative approaches. Perhaps the main value to the natural gas industry will be the recognition that they are the good guys. The switch to natural gas is not a long-term solution, but it buys us a considerable amount of time, during which a truly sustainable approach can be developed. 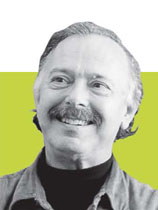 Richard Muller is a professor of physics at Berkeley. He, along with daughter Elizabeth, is the co-founder of Berkeley Earth, and the author of Energy for Future Presidents (Norton, 2012).