Will the world get cracking on an international treaty on fake drugs?

Most international treaties are done for financial reasons; this one should be done for public health reasons, says Roger Bate 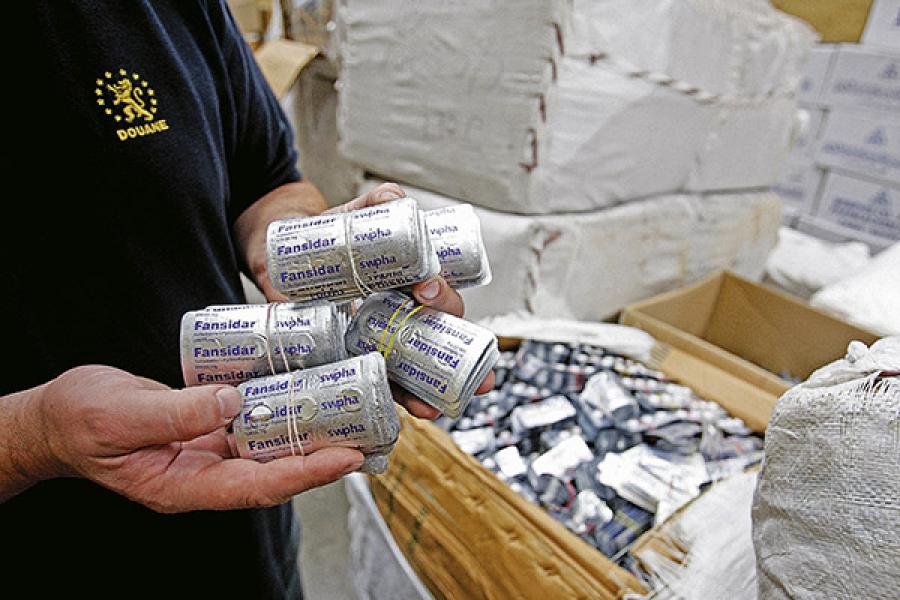 Image: Thierry Roge / Reuters
WHO's estimate that 10 percent of the drugs in the world market are fake can be backed up with data

In the last few years that some of us have been raising the issue of fake drugs, there’s not been an enormous amount of movement politically nor any advancement internationally, but a lot of countries have at least accepted that there is a problem. Many have instituted domestic laws against fake drugs. And through Interpol and WHO, there has been improvement in international co-operation. It’s a slow movement, but it’s in the right direction.

If you ask people whether the problem itself has gone worse, many would say yes. But I am a bit of a sceptic there. Is there an increase in the problem, is it a measurement issue? I really don’t know the answer but, in some cases, the situation has indeed gone worse. As for the size of this trade and the precise impact, I’d quote my statistics professor, who used to joke that plural of anecdote is not data. So, what we have is pretty sophisticated anecdotes (studies that I have done or some others have done) but nobody has ever had the budget or, frankly, interest to do a large sample of many different therapeutic categories of drugs across multiple countries with the same techniques. I have done that to a reasonable extent but they are pretty much snapshots.

Still, from what I’ve seen and what I know, there’s a significant problem in the poorer countries of the world. In some of the poorest markets, 45-50 percent of the products don’t work. In emerging markets, the number would be in single digits, in the richest countries it is far below 1 percent. But don’t go by that. The US wrote 4 billion prescriptions last year; even 0.1 percent of it means 400,000 prescriptions. It doesn’t have to be a sizeable percentage in wealthy markets. There’s no good ‘one’ global figure but when the WHO says 10 percent of the drugs in the world market are fake, I’d say it’s a reasonable and educated guess which can be backed up with some data.

Since 2009, when I did the study in India, until today, it’s very difficult to say if the situation has improved or gone worse but some positive things have come about. Like the Nigerian government’s crackdown in cities like Lagos and Abuja. In India, in the northern part, particularly in Haryana and Uttar Pradesh, the situation is worse than, say, in Maharashtra or Andhra Pradesh, where the state governments have become vigilant.

Eventually—and it’s something I’ve been asking for—there should be a National Institutes of Health-backed study, with, say WHO, where countries like the US, Brazil, India and Europe design the study protocol to carry out a multi-year, multi-therapeutic category study. There needs to be a global exercise in this because there’s so much difference of opinion. It might not happen in the short term, even though it’s not very expensive, but this needs to be done transparently and independent of any government. One of the criticisms I have against the Indian government is about its sample-collecting technique. When I was doing my study, I was told by pharmacists in New Delhi that they pretty much knew when the government regulators were coming to collect samples for drug test studies.

On November 15, 100 nations met in Buenos Aires, Argentina, to discuss the issue of fake drugs. It was reported that India blocked a group of experts who have made a case for an international treaty to prevent fake drugs from reaching the market. Personally, I have no evidence that India had put some pressure; the news came to me third hand, through one of my co-authors. But it is consistent with the government’s position in the past. I’ve been a big critic of India and the Indian government’s stance on this, it is unhelpful and wrong. I’d add though that the extenuating circumstances that are out there, there’re interests that see the Indian generics industry as the biggest competition and they’d love to see India as less successful. For instance, take the seizures of legitimate generic drugs in transit in Rotterdam in Europe and in transit to Brazil and African nations. So the Indian concerns are legitimate. Therefore, the wording of any international law is important.

That said, India and Brazil shouldn’t oppose an international treaty. In many markets, Indian products are the most sold; they are also the most faked. Indian companies are losing out in this.

I know there’s a very good antibiotic from India, which is also the most popular antibiotic in Nigeria and it is faked by Chinese companies. India will benefit from a public health law at the international level. I think Indian and Brazilian negotiators are very able. But somehow it strikes me as a kind of the 20th century Cold War approach of doing everything so secretly.

And lets’ not worry about the language of the treaty as we’ve not even got that far. In our various papers [in the Journal of International Criminal Justice and British Medical Journal], we are suggesting ways of thinking about the problem—differentiate between substandard products by legal firms that are just poor quality products from those that are lying about what their composition is. I personally don’t care, and I don’t think most people care, about words like fake, falsified, counterfeit or even spurious (which only India uses), as long as we get around the table and say this is what we mean by ‘X’ word.

I think by the end of this decade we’ll have a treaty, whether it’s WHO-based or somewhere else. I am hopeful because more than Brazil and China, India’s companies are losing out because their products are being faked most around the world. Indian companies work on lower margins to produce good-quality products cost-effectively and don’t have as much funding to enforce their brands in some of the markets. I think India will disproportionately benefit from such a law. Ultimately, big Indian companies, which have to some extent cracked down on fake drugs within India, will drive the Indian government in the right direction. That’s my reason for optimism. If it was just Pfizer, Novartis, GSK or Eli Lilly worrying about their products being faked, this process [of international negotiation] would be doomed for a long time. Fact is, the best companies in the world are losing out.

Most international treaties are done for financial reasons; this one should be done for public health reasons. As for India’s opposition to it, I’d like to throw a question back at you.

In May, an Indian parliamentary committee exposed the drug regulator Central Drugs Standard Control Organization (CDSCO) for irregularities in the approval process. And now it takes the CDSCO’s word as ‘Western propaganda’. I don’t know how effective the Indian [drug] regulator is.


(As told to Seema Singh) 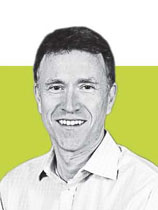 Roger Bate is an economist and a resident scholar at the American Enterprise Institute. His book, Phake: The deadly world of falsified and substandard medicines, was published in 2012.