Why Blackstone and Intelenet Make A Hit Pair 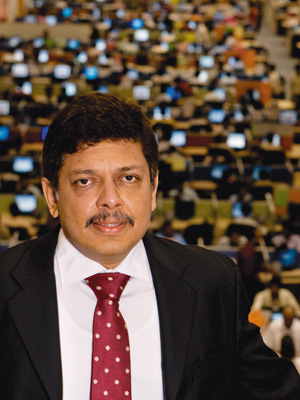 In 2000, Susir Kumar was a rising star at HDFC. He had already become the youngest general manager and was company secretary heading the ‘risk and collections’ function. Akhil Gupta’s star had already risen in 2000. He was in the inner circle of Mukesh Ambani’s business empire. He was giving shape to Mukesh’s mobile telecom ambitions and was the only Reliance executive to have stayed at the then Mukesh Ambani home, Seawind. Kumar and Gupta’s lives had no reason to intersect.

Call it chance or fate that made these individuals meet, but now their partnership may become a minor case study in how entrepreneurship and hardworking risk capital can create value for employees as well as shareholders. Kumar and Gupta joined hands in 2007 when Gupta’s firm Blackstone backed Kumar and his team’s bid to buy Intelenet, a business process outsourcing (BPO) company from Barclays.

Now, Intelenet has delivered Gupta his first multi-bagger. Blackstone will make three times their invested capital from the sale of the company to Serco. Intelenet gets the backing of the cash-rich Serco to expand. Kumar and a large chunk of Intelenet employees — about 400 — stand to make close to Rs. 470 crore from this transaction. “It is very satisfying. We created 13,000 jobs, expanded Intelenet’s reach from one to seven countries, created significant wealth for top 80 members of its management team and in the process, provided attractive returns to our LPs (Limited Partners),” says Gupta, senior managing director and the chairman of  Blackstone India.

What makes this deal special is the symbiotic relationship between Blackstone and Intelenet. Blackstone needed a team which was mature, risk-taking and yet humane. Kumar and his team needed the hard yards that the Blackstone staff offered to make sure that Intelenet became leaner and more efficient. Blackstone created the conditions that helped Intelenet win more business. The intense sales effort has increased Intelenet’s revenue four times over the last four years. And most of the increase has happened in the years that coincide with the credit crisis and worsening business conditions in the western markets. 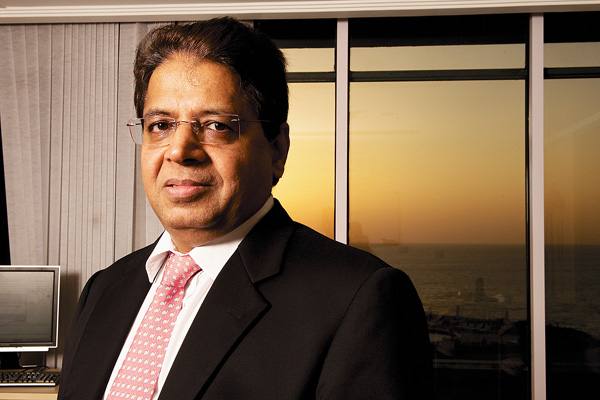 When Blackstone invested in Intelenet in 2007, India and the world were in the middle of a bull phase. Blackstone pumped in close to $180 million for about 90 percent of the company valuing the entire firm at $200 million. They paid approximately three times the revenues. That decision looked like it would end in tears as time went by. After 2008, the BPO sector was abandoned by investors. In 2009, Forbes India’s story on Blackstone looked at Intelenet’s peers like Genpact, WNS and FirstSource and realised that these companies had two-thirds of their value. There was no reason to believe Intelenet’s fate would be any different.

But Blackstone and Kumar turned it around. Since March 31, 2008, Intelenet’s valuation (basically the amount at which Serco has agreed to buy Intelenet) increased by 247 percent while the valuation of its publicly traded peers — FirstSource, WNS and EXL — declined by 54 percent, 32 percent and 8.3 percent, respectively. Industry analysts say that Intelenet’s EBITDA margin of 20 percent is among the highest in the industry. Prior to Blackstone, its EBITDA margins were 14 percent.

This happened because Blackstone provided Intelenet with the things they lacked such as the sales network. Intelenet had only eight sales people trying to win global business and one delivery centre which was in India.

This wasn’t because Kumar or his team did not understand the need for it. It is just that they lacked capital. None of the previous owners stayed long enough to help Intelenet. TCS, the first owner, divested its stake because it felt they should have an in-house BPO. Barclays, which came in 2004, wasn’t sure of the regulator issues if they tried and increased Intelenet’s global foot print. A BPO operation, where a bank has a large stake, can be construed as the bank operating through a proxy.

But despite these limitations, the senior team built a very entrepreneurial culture. A senior employee says that even when the Serco deal consumed the top management’s time, those who were a level below, took commercial business decisions.

So when Blackstone bought into Kumar and his team’s vision in 2007, they agreed to a large number of employees being offered stock. “They were surprised with our request, but I had seen what sharing of wealth can do to an organisation at HDFC. Deepak [Parekh] (HDFC’s non-executive chairman) ensured that even peons had stock options and these people treated the company like their own,” says Kumar, CEO & MD, Intelenet. This step continued Intelenet’s entrepreneurial culture.

And then Blackstone appointed Patrick Bourke, who had worked with Perot Systems and EDS, to spread Intelenet’s message among Blackstone’s portfolio companies. As it came from a credible source such as Bourke, Apria and Travelport decided to give business to Intelenet. This kick-started the revenue climb. The investment in sales network was also increased simultaneously. Today, Intelenet has 41 sales people. And at present, almost 25 percent of Intelenet’s revenues come from Blackstone’s portfolio companies.

People familiar with the situation believe that in the future, almost 60 percent of Intelenet’s additional revenues will come from Blackstone companies. So the holy trinity of a private equity investment — capital, operating advice and increase in value — have profited the association.

For Kumar and his team, this is the end of at least a phase of their entrepreneurial journey. They are now a part of a large corporation. For Gupta, this may just be the affirmation of his belief and his method that can create similar value in his other majority investments like Morarji Gokaldas and CMS.