Deciding to stay bootstrapped is the first step towards finding a way to stay free from funding, says the techpreneur, who has looked at only one term sheet in his company's 21-year existence 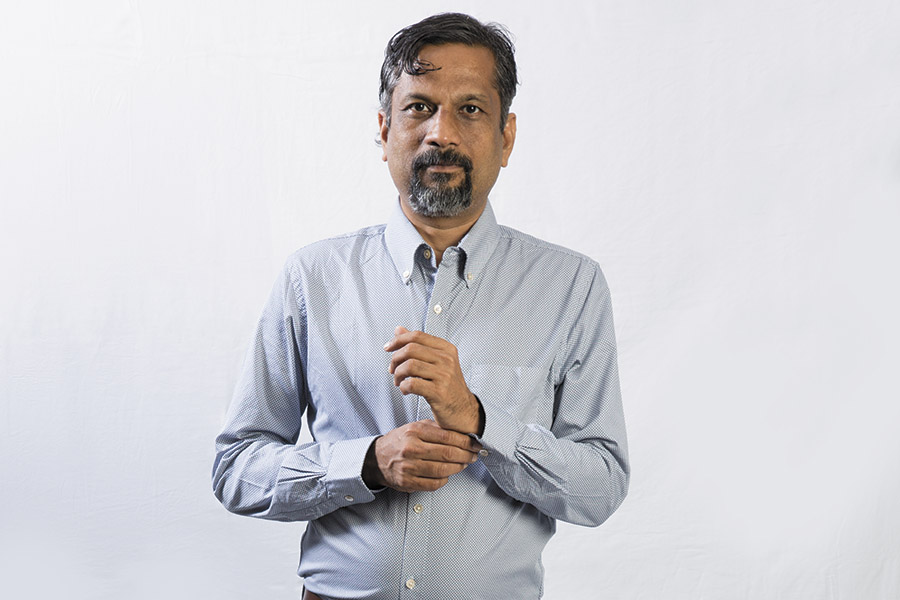 Sridhar Vembu, founder and CEO of Zoho Corp, arguably India’s most successful software products company, could see his business become a celebrated unicorn many times over were he to accept outside investors. (While the company has not disclosed its current valuation, a comparison with listed peers suggests it could be worth $3-4 billion.) But he has vowed never to do so. The result is a company unique in many aspects, including the way Zoho hires a significant chunk of its recruits from the socio-economically underprivileged, largely from Vembu’s home state Tamil Nadu.

He has also turned the spotlight on rural parts of the state—even though he lives in California—by setting up a research and development centre in the town of Tenkasi. Software built there has takers in corporate America.

Freedom to operate on its own terms has allowed Zoho, that earns $350-400 million in annual revenues, to reinvent itself at will, many times over, Vembu says. In this email interview with Forbes India, the 49-year-old techpreneur talks about his philosophy and how that has shaped his journey thus far. Edited excerpts:

Q. You are seen as a role model among the new generation of startup founders, and a few of them have even chosen to adopt your philosophy of shunning external funding. What has kept you on that track?
There was only one time I ever looked at a term sheet, and fortunately, I read through the whole thing. I found language that guaranteed an exit or liquidity to the investor in seven years. I asked the VC [venture capitalist] about it, and he told me that was a pretty standard clause and no one would negotiate it. I asked around and found that it was indeed a standard clause. I thought through it and realised that this issue goes back to the question of ‘Who is a venture capitalist?’ because a VC is not really a capitalist in the true sense—‘money broker’ would be a far more accurate term; after all, a real capitalist is not going to collect an annual commission on the money he or she invests...that very idea would be absurd.

Once I made that realisation, it was clear to me that my motivation as a founder would be necessarily different from the motivations of a venture capitalist. I think of a company as an institution, something that would hopefully be around a long time and serve customers, create employment opportunities and take care of communities. For a VC, a company is necessarily a disposable commodity, no matter how much undying love it professes.

Once you have that long-term orientation, bootstrapping is not that difficult. It would be useful to think of starting at Year 5 rather than at Year 0 and treat the first five years as if you are earning the seed round of capital necessary for the business.

At the very least, it builds internal [fiscal and otherwise] discipline and mental fortitude and you end up learning a lot by doing it this way; it could even make you very valuable and sought after for the venture capitalists, if you ever choose to go down that path!

Q. Were there times, after Zoho had grown, when you revisited the idea of external funding? If so, why did you decide to continue as a self-funded business?
For the simple reason that VC money always comes with strings attached… always. I was once courted by a leading VC firm and invited to a meet-up of the CEOs of their portfolio companies. A couple of the CEOs present there expressed surprise on seeing me there and assumed Zoho had raised money. I told them I was invited to be shown why I should raise money. A couple of them took me aside and conspiratorially whispered: “Don’t take the money, if you don’t need it, we envy you!”

It goes back to our long-term orientation. I am a big admirer of private German companies, the Mittelstand [small- and medium-sized companies in the country]. Many of these companies have gone on for hundred-plus years while being leaders in their respective industries, ranging from machine tools to advanced glass making. They export their products world-wide and are also the economic anchors of their towns and cities, providing high-paying jobs and investing in their communities. We in India need to learn from Germany.

“ Bootstrapped companies can find small niches that venture-backed companies won’t be interested in.

Q. What helps you reconcile the potential loss of growth from additional funding with the freedom of choice that you get in return?
I have never felt we sacrificed any growth, because I was never comfortable throwing money around in an effort to grow. Every company, and product, has a certain intrinsic growth potential, which depends on the size and state of the market and the maturity of the product and the business. If you push growth much faster than what the market can bear, or the company can manage, it would be an out-of-control train. A crash becomes inevitable. So we must learn to understand our intrinsic growth potential and respect it. I personally would have made a lousy CEO 15 years ago for the size of the company we are today. We have grown not just in size as a company but in terms of maturity and leadership depth. All those things take time and cannot, and should not, be forced.

Speaking of freedom, Zoho has reinvented itself completely three times in its 21-year history. This reinvention was possible only because we could invest patiently for the long haul. There were numerous times when we sacrificed near-term profit for the pursuit of long-term goals. That freedom is important.

Q. When you look at the Indian startup scene today, which aspects hearten you? What disappoints you? Many startups have burnt VC money for customer acquisition—is that a legitimate practice? How did you innovate to win customers with no VC money to burn?
The most heartening thing is that we have so many ambitious young people who want to make a mark in the world. The concern I have is that VCs can end up using young men and women as cannon fodder, even if that is not their intent. That comes from the relentless push to grow, grow, grow—grow faster than human systems can scale, grow faster than the founders can manage. In the world view I subscribe to, making mistakes is inevitable. The key is to survive those mistakes and learn from them, which is easy to do if you make those mistakes when you are small. If you are a new driver and you are going 150 km/hour on a super-highway, even a small mistake can kill you—a mistake you would survive on a slower road. A lot of young founders and VCs don’t appreciate this natural speed-limit and that is even before we come to the cash-burn problem, which is also very real.

I won’t be comfortable at all burning the kind of cash companies routinely burn these days. The primary challenge today is the cost of customer acquisition, which has been inflated due to the sheer amount of money that is floating around. It would be foolish for a bootstrapped company to go into a pissing contest on who can spend the most money. There are plenty of ways to innovate on fairly small amounts of money. Software development need not be hyper-expensive.

Q. Is it possible for a bootstrapped company to survive against VC- or PE-funded competition that is flush with money?
Bootstrapped companies can find small niches that venture-backed companies won’t be interested in, and that was how Zoho found its footing in its early days. The ideas and innovations we came up with in the $10-million market niche we were in helped us build products for the $10-billion market we are in today.

Today, Zoho has the resources to compete against VC-funded competition, but for a long time we would avoid segments where companies were raising huge money. It is harder to find such market segments today, but it is still possible. The rise of massive online [fund-raising] platforms have created opportunities to find such niches.

Q. What kind of capabilities would help a bootstrapped company hold its own against well-funded rivals?
Find small niches, focus and execute well. Sometimes a niche may arise in a well-funded area, by being a supplier to the well-funded companies, rather than being a competitor. Our early market arose that way. We had dozens of well-funded broadband and optical networking companies that needed software in the late 1990s and there were only two or three not-well-funded players trying to supply to that market. We could make our mark in that market.

Today, there could be similar opportunities to address the pain points faced by well-funded companies. That is just one possible pathway. If you decide ‘I am going to survive by bootstrapping’ and think hard enough about the problem, you will find a way!

Tweets by @forbesindia
SoftBank invests $2.5 billion in Flipkart
The Building of a Modern India