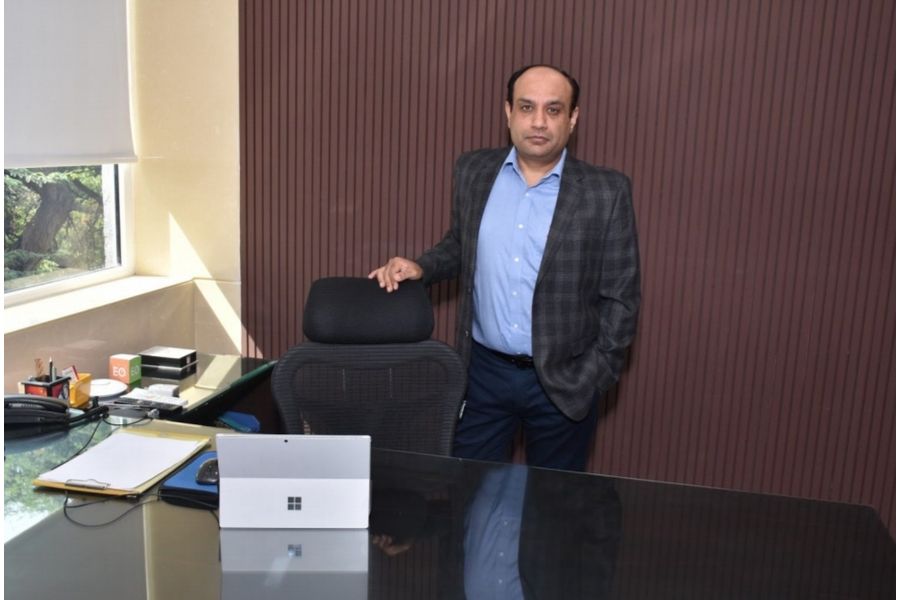 It is no small feat that in an industry which is plagued by stringent labour laws, wafer-thin margins and long credit periods, Absolute has managed to grow its profit in these COVID effected times. Humble Beginnings Absolute Security & Facility Management Pvt. Ltd. ( https://absoluteservices.in/ ) was incorporated in the year 2008 by Mr Ravi Kapur, an engineering and management graduate with a turnover of fewer than two crores. Over these 12 years the business topline, as well as bottom-line, grew at a rate of over 20% CAGR and soon got many awards including the recent security leadership award from security services association CAPSI. Today this Delhi NCR based company has operations in 10 states in India. The secret sauce to success Like every entrepreneur, Mr Ravi Kapur soon realised that processes are the only way to sustain customer satisfaction as the company scales up, and being a black belt in Six Sigma from Motorola University did not harm. The company soon had a department dedicated to designing, implementing and auditing processes. Process management may not be the most exciting part for any entrepreneur but forms the backbone of any business to succeed. And it is this dogged adherence to processes which has allowed the company to float through these tough COVID times in the year 2020. Kapur also dedicates his success to coaches, e.g. Rahul Jain and organisations like Entrepreneurs' Organisation (E.O.). E.O. helped him become an Accelerator trainer (coach for scaling up relatively smaller organisations) besides exposing him to various large entrepreneurs and global best practices. Revenue is Vanity, Profit is Sanity and Cash is Reality Kapur strongly believes in the above saying and as a result has a keen focus on cash flow. He refused to sign up or dissociated with clients who could not pay in time. This COVID crisis further forced us to weed out clients with poor credit history. Though this resulted in slower revenue growth, however, led to a profitable one and ultimately helped survive these troubled times. This relentless focus on cash flow resulted in the company being recently rated SME 1, the highest possible credit rating for an SME by Crisil. Adapting to COVID times All industries got impacted by COVID one way or the other. However, the most significant impact of lockdown on the security industry was that it suddenly made all backend or office-based processes redundant. At the same time, the client continued to expect an even higher level of security. Suddenly processes like managing periodic client reports or enrolling guards in ESI/ PF had now to be done by employees from home. In this time technology came as a big saviour, like immediately migrating all processes to the cloud. It also helped that the company had invested significant amounts of money and to build software and processes around the use of QR codes to check the guards and this enabled handling operations with lesser physical visits by supervisors. Introducing technology, like scanning a QR code and uploading a selfie to mark attendance, to the minimum wage earners was both challenging and satisfying. However, in the end, Ravi Kapur said all the above measures did help, but nothing could have been possible without loyal employees, right clients and an element of luck or god's blessing. Disclaimer: The views, suggestions and opinions expressed here are the sole responsibility of the experts. No Forbes India journalist was involved in the writing and production of this article.

Tweets by @forbes_india
Ishan Sanghvi: Carrying the Indian Legacy to the west
Locksmith Pro shares tips on how to find a Legit Locksmith